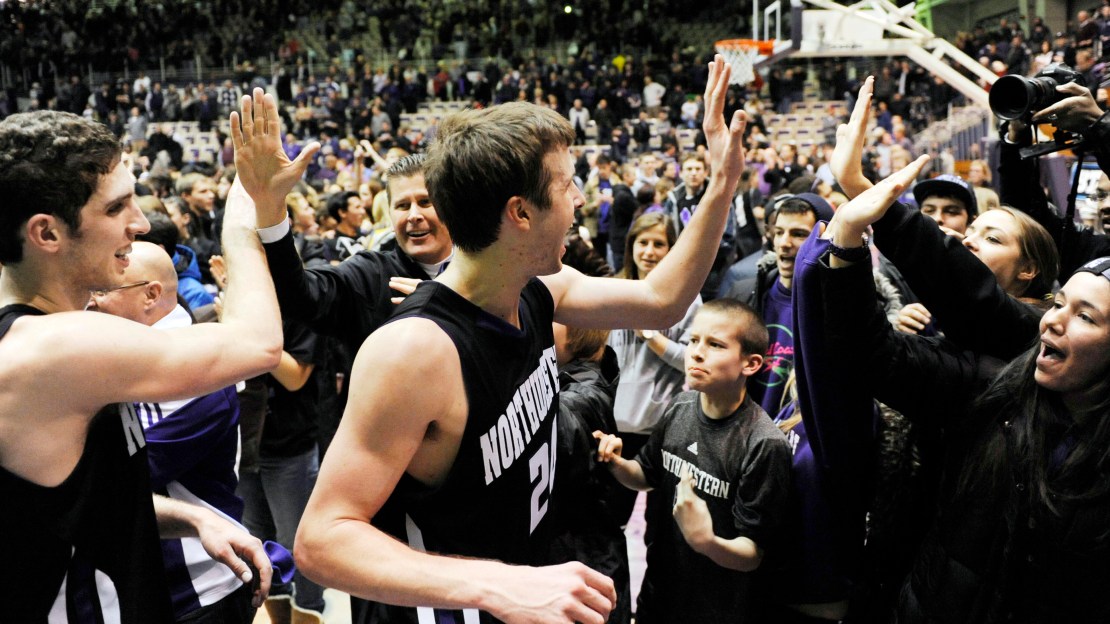 Up is down. In is out. Black is white. Welcome to Big Ten basketball 2012, a season filled with twists and turns that have jumbled the race (standings). And the conference season isn?t even half over. This past week was filled with tumult that scrambled the league standings and made one thing perfectly clear: This is going to be a wild race for the Big Ten championship.

When the smoke cleared, only Michigan State and Illinois have one conference loss. And each school has plenty of tough games left. Could the league champ have as many as five losses? The last time that happened was the 2001-02 season, when Illinois, Indiana, Ohio State and Wisconsin all finished with five defeats.

Will this week be as wild? Here?s a look at what?s ahead. On the surface, there doesn?t appear to be a lot of marquee matchups, but that doesn?t mean craziness doesn?t await. My advice: Buckle up.

Game of the week: Michigan State at Michigan, Tuesday. These in-state rivals love to hate each other. And the rise of the Wolverines (14-4/4-2) under John Beilien has made this an important game in the Big Ten race. Michigan State (15-3/4-1) is coming off a stunning loss at Northwestern on Saturday that ended its 15-game winning streak. Michigan also is coming off a defeat, falling at Iowa on Saturday. Can the Wolverines protect their home court?

Don?t overlook this game: Iowa at Purdue, Tuesday. The Hawkeyes are coming off a big home win on Saturday vs. Michigan, while the Boilermakers saw their 26-game home winning skein end with a loss to Wisconsin on Thursday. Iowa (11-8/3-3) may have turned a corner after a blowout loss to Michigan State early last week. Purdue (13-5/3-2) probably can?t afford another home loss if it wants to remain in the hunt. The bad news: The Boilers already have played the ?easy? part of their schedule.

Individual matchup to watch: On Saturday, check out Purdue?s Robbie Hummel vs. Michigan State?s Draymond Green, two first-team All-Big Ten talents on the front line. Blessed with good health, Hummel is capable of taking over a game but support from teammates can be spotty. Green is a double-double machine, a physical force in the paint who may be the best combination scorer-rebounder in the Big Ten. And he has extended his game to the 3-point line, making him even more deadly.

Must win: Wisconsin at Illinois, Sunday. The Fighting Illini (15-3/4-1) are one of the Big Ten?s top defensive teams. It?s the offense that can struggle for an Illinois team that-Surprise!-is on top of the Big Ten. And scoring could be difficult vs. a rugged Badger team that?s compiled back-t0-back wins following three consecutive defeats. It?s vital for Illinois to protect its home court. After scoring a big win at Purdue last week, Wisconsin (14-5/3-3) knows another road victory would vault IT back into the Big Ten race.

Injury update: Purdue point guard Lewis Jackson just isn?t himself. Why? He first had to battle through a foot injury earlier this season and is now dealing with pain in his lower back. Jackson has scored eight or fewer points in four of the last five games. Jackson had none in a 20-point loss at Penn State and just two the last time out in a home loss to Wisconsin.

Big week: Michigan. Check out the Wolverines? to-do list. Michigan State visits on Tuesday followed by a game at Arkansas on Saturday. The next week, Michigan plays two more road games: at Purdue and at Ohio State. If the Wolverines emerge 2-0 this week, they belong in the title talk conversation.

Coaching matchup to watch: It doesn?t get much better than Northwestern?s Bill Carmody vs. Wisconsin?s Bo Ryan on Wednesday in Madison. In fact, there may be no better tacticians in the game when it comes up to Xing and Oing and maximizing the talent on their roster.

Stat watch: -5.1, Northwestern?s rebounding margin, the worst in the Big Ten. No other conference team has a negative margin on the glass. While there?s lots to like about the Wildcats-including the dynamic duo of John Shurna and Drew Crawford-this glaring weakness may be what keeps Northwestern out of the Big Dance once again.