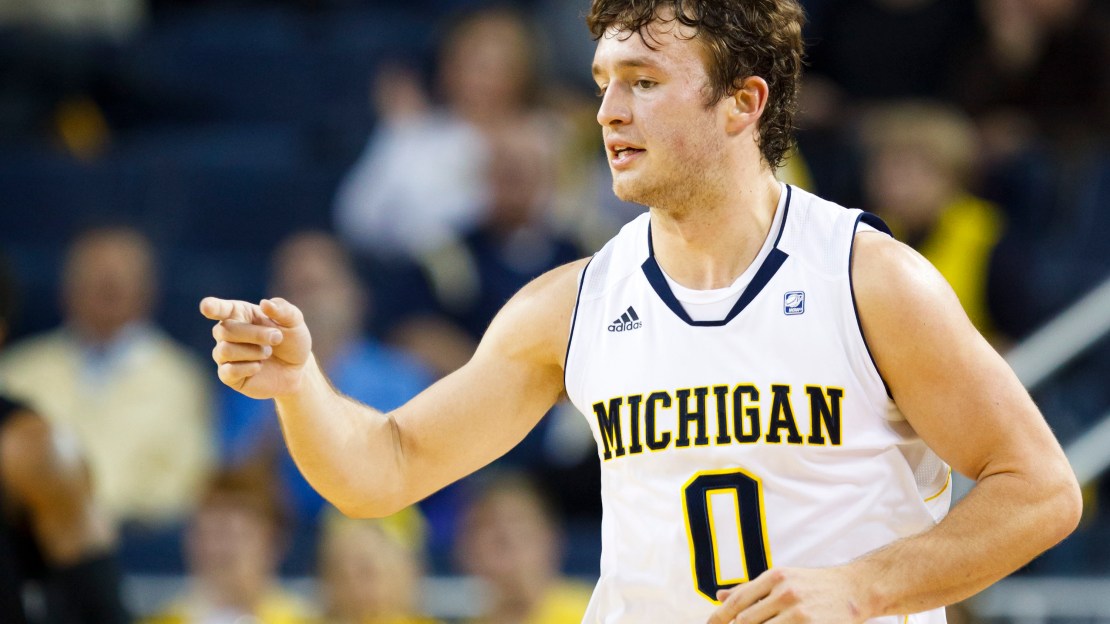 This week we spoke once again with Julian Darnell, a BTN senior features producer who works on "The Journey: Big Ten Basketball 2012." In the next episode on Sunday at 8 p.m. ET find out what drives Penn State's first-year coach Pat Chambers and go behind the scenes at a Nittany Lion practice as well as at the Chambers household. (Watch a sneak peak now.)

Also, get your first look at the Nebraska program as our crew went to Lincoln for the first time and covered the Penn State game. In Ann Arbor, we'll show you more about the scrappy Wolverine senior leader Zack Novak and then take you to Champaign to learn how Meyers Leonard went from small town Illinois to big time Big Ten basketball.

BTN.com: Let's dive right into it. What's coming up this week?

Darnell: We were fortunate to be at Illinois for Brandon Paul's 43-point game. We're doing a story on Meyers Leonard and Paul decided to have a big night. We were fortunate there. Couple of newcomers, of course. Penn State's Pat Chambers is a great story. He's a Philly guy with an amazing background and so we had a chance to talk with him. And at Nebraska, the Huskers picked up an historic win – their first in the Big Ten. But even better, we went behind the scenes at their facility and Coach Sadler tells us about himself.

BTN.com: And then you also spotlight Michigan's Zack Novak, right?

Darnell: Yes, I worked on that story. I've been a fan of his since the Michigan State game. I'll never forget that shot of Zack going off on his teammates and not wanting to lose. Then when Michigan finally bat Michigan State and then swept the series, I wanted to do something on Zack Novak. Win or lose, he always says something interesting.

BTN.com: Tell us something about Novak that we'll see in the show. He seems like he can run through walls.

Darnell: He's intense, no doubt about it. But he has a Kenny Mayne type of sense of humor. For instance, we got to talking about the Packers. He had a big Green Bay Packers thing on his wall and he's from Chesterton, Indiana, which isn't that far away from Chicago. He's a White Sox fan, Bulls supporter, and he liked Larry Bird because of the Indiana connection. And so I wondered why he liked the Packers. Turns out as a kid he was surrounded by Bears fans and Packers fans. And so on a Monday night game between the Bears and the Packers, he said he'd decide on his team by the winner of that game. Packers ended up winning. And boom! It's all Packers all the time.

BTN.com: Since the show's been around for a while now, do players like Novak know what to expect now when The Journey comes to town?

Darnell: Not necesarily. But I tell all the guys, "Be yourselves. There's no need to act. Pretend we're not here even though we are here."

BTN.com: That has to be a challenge for them.

Darnell: They get it eventually. I think they get they just have to be real. Not perfect, just real. That's why I liked being with Zack. Is he an intense player? Yes. And he doesn't apologize for it. But he's an intelligent kid and in business school, and he's planning for his life after his eligibility ends.

BTN.com: Anything else about Zack?

Darnell: His roommate, Josh Bartelstein, reveals to us something about Zack that I found very amusing. Let me just say it has something to do with video games. That's a tease. Watch the show and see.

The show airs Sunday at 8 p.m. ET and bookmark www.BTN.com/journey to get more updates on the show all season and follow the show on Twitter @BTNJourney.