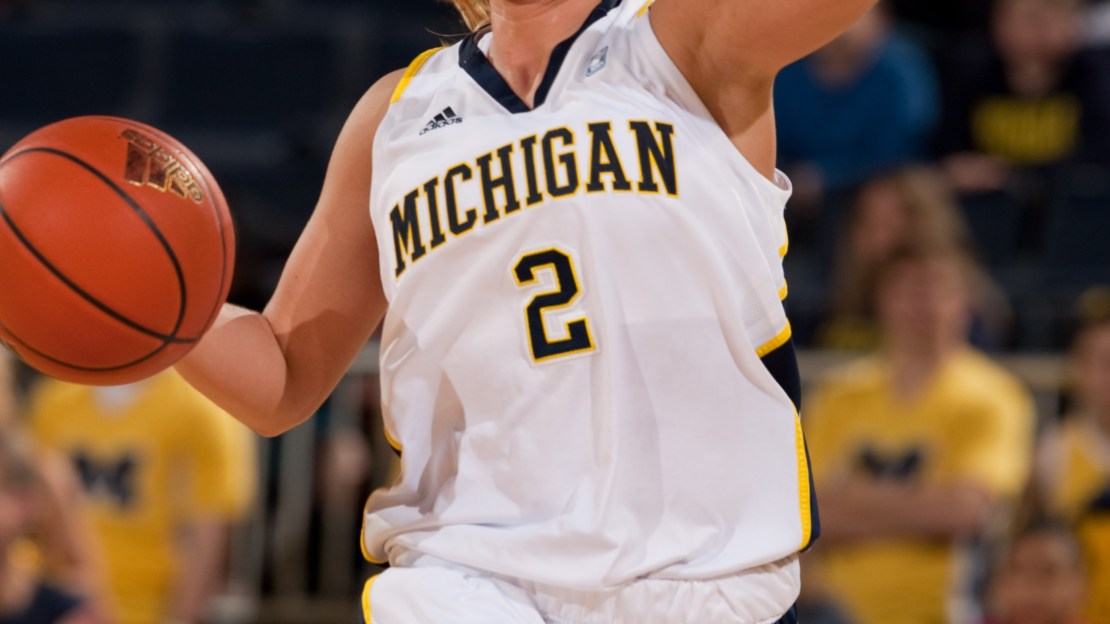 At 5-foot-7, Courtney Boylan is the smallest player on Michigan?s roster, and one of the smallest players in the league. But she?s a big, big reason the Wolverines are 13-3 and coming off one of the biggest wins in the Big Ten this season.  Basketball analyst and writer Patricia Babcock McGraw talks to Boylan in her latest Gimme 5 audio segment. Jump down in this post to read and hear more.

Last Saturday, Michigan defeated an Ohio State team that was undefeated and ranked among the top 10 teams in the nation. Boylan had 19 big points in that game. On the season, Boylany is leading the Wolverines in scoring at 13.7 points per game, and despite her size, she does a lot of her scoring from the inside, using pretty moves and fade-aways to get her shots over taller defenders.

Find out how Courtney perfected her best moves, how she stayed upbeat and positive as she saw only reserve minutes through her first 2 1/2 seasons at Michigan and why basketball might not be the sport that suits Courtney best beyond college.

Read Boylan's full profile at MGoBlue.com and listen to the audio interview below: