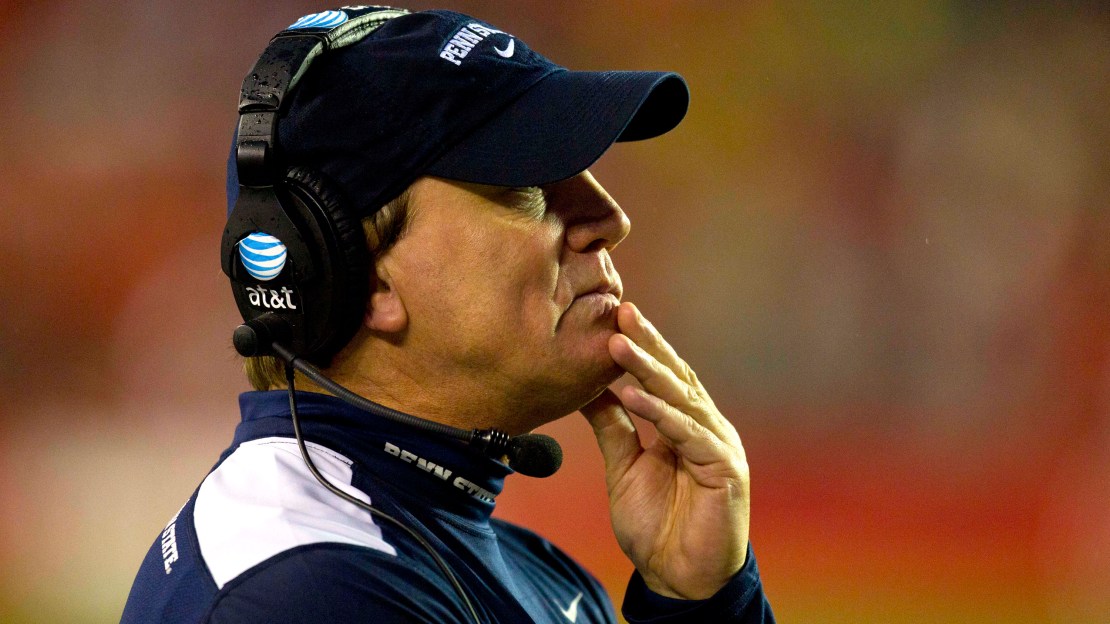 Tom Bradley sits and waits. It?s all he can do at this point. The former Penn State defensive coordinator told me last night that he doesn't have any coaching jobs in the works despite several schools across the nation being in the market for defensive coordinators. In fact, three Big Ten schools need defensive coordinators: Iowa, Illinois and Purdue. If nothing transpires, the affable Bradley told me that he may explore opportunities in broadcasting. Still, he would offer a lot to any staff that hired him.

Bradley widely has been considered one of the nation?s top defensive minds, consistently building some of the nation?s finest defenses since taking over the Nittany Lion unit in 2000. Prior to that, Bradley was a defensive assistant from 1980-99 at Penn State, where he played defensive back from 1977-78.

Bradley?s defense ranked 20th in the nation this year (323.9 ypg) and was No. 1 in the Big Ten and No. 5 in the nation in scoring (16.8 ppg).
Bradley served as interim head coach for Penn State?s final four games of 2011 after Joe Paterno was fired, shepherding the school through a rough time en route to posting a 1-3 mark that ended with a loss to Houston in the TicketCity Bowl.

Despite having an interest in becoming the full-time head coach and having the support of many former players, Bradley didn?t get the appointment. Instead, Penn State hired New England Patriots offensive coordinator Bill O?Brien to assume command of a program that must navigate through an on-going child sex abuse scandal that has rocked the school and nation.

Tom Bradley told me last night that he has no coaching jobs in the works and may explore broadcasting. #PennState