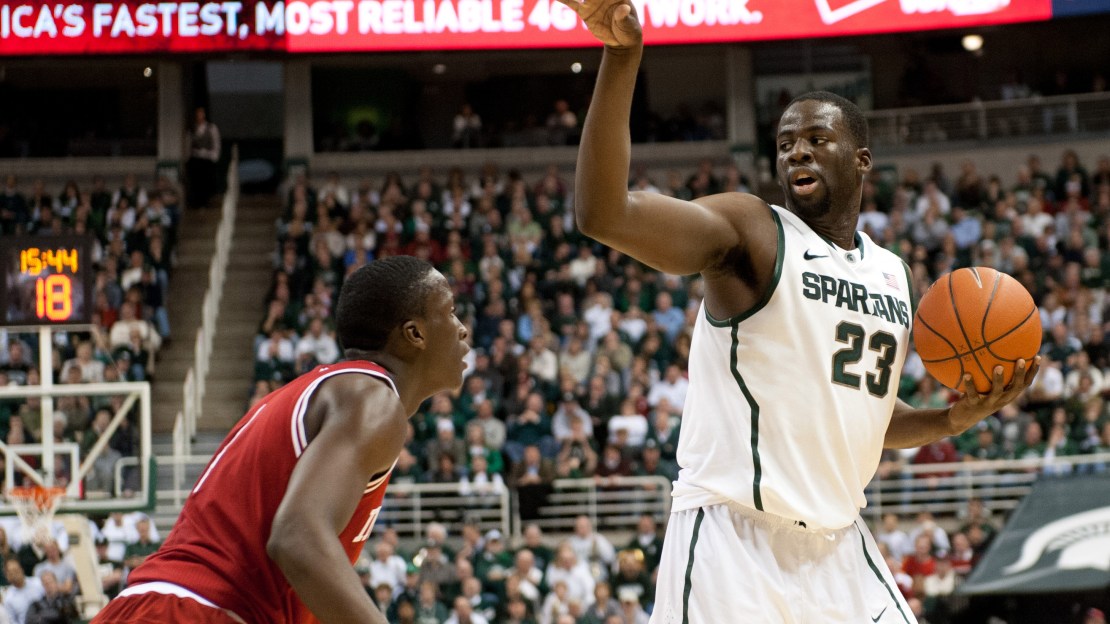 Another week, another look at the top players in the Big Ten. Ohio State big man Jared Sullinger has dominated all year. The question: Will anyone dethrone him this season from his perch atop these rankings?

1. Jared Sullinger, C, Ohio State, So. – The big fella would have been a high lottery pick in the 2011 NBA draft. Instead, he is back in college to terrorize foes with his unmatched physical game in the post. Sullinger is close to averaging a double-double (17.1 ppg; 9.6 rpg).

2. Cody Zeller, F/C, Indiana, Fr. – First there was Luke (Notre Dame), then Tyler (North Carolina), and now Cody, who may be the best of all-and that?s saying something. Cody has a sweet game on both ends of the floor and an array of low-post moves that have allowed him to shoot 67 percent from the field.

3. Draymond Green, F, Michigan State, Sr. – He?s the engine that is driving a strong Spartan team that may be the best in the Big Ten. Early in the season, he forced shots because he felt he needed to score. Now, Green is playing within himself and learning to do what he does best: post up.

4. John Shurna, F, Northwestern, Sr. – He entered his name in the NBA draft last spring and then pulled it out. Good thing for the Wildcats. As long as the sweet-shooting Shurna is firing away-and hitting–Northwestern just may get that elusive NCAA tourney bid.

5. Tim Frazier, G, Penn State, Jr. – The nifty point guard may be the most underrated player in the nation. Who knows: If he hadn?t fouled out with 1:34 left vs. Indiana on Sunday, the Nittany Lions may have topped Indiana.

6. Deshaun Thomas, F, Ohio State, So. – The former Indiana Mr. Basketball continues to blossom, averaging 14.8 points. Don?t you wonder what he would average if he was the top scoring option on a team? Scary. My beef: He needs to get to the line more often.

8. William Buford, G, Ohio State, Sr. – The lithe, agile and athletic shooting guard is a dynamic threat on the wing. In fact, he?s one of three Buckeyes averaging 15 or more points. That?s a rare feat in Big Ten play, as only three other teams have had such a trio since 1996-97.

9. Aaron Craft, G, Ohio State, So. – There aren?t many better point guards in America. Craft has great vision and instincts, showing a knack for finding the open man. While his stats don?t always wow, he makes those around him better and is a boffo on-the-ball defender.

10. Tim Hardaway, G, Michigan, So. – He can be prone to a bad game (7 points vs. Minnesota; 5 points vs. Virginia), but Hardaway has continued to build on his strong freshman campaign to be one of the Big Ten?s top threats on the wing.

11. Drew Crawford, G/F, Northwestern, Jr. – The long and lean Crawford is coming off his worst effort of the season (8 points vs. Illinois). But the 1,000-point career scorer can shoot with the best of them and must keep firing away.

12. Trey Burke, G, Michigan, Fr. – He has made people forget that Darius Morris turned pro, as the nifty point guard has deftly run the show as a passer and scorer. But even more impressive: Burke is buying in as a defender and showed his poise by recently out playing Wisconsin?s Jordan Taylor.

13. Keith Appling, G, Michigan State, So. – One of the Big Ten's most improved players, Appling has delighted in his first season of replacing mainstay Kalin Lucas. The sophomore does it on both ends of the floor, as he's right up there with Aaron Craft when it comes to the best on-the-ball defender, and he's been terrific in conference play (18.3 ppg; 3.7 rpg; 4.3 apg; 1 bpg).

14. Bo Spencer, G, Nebraska, Sr. – The former LSU Tiger is trying his best to lift the Husker program. Spencer has scored in double figures in all but three games this year but has been a bit turnover prone. Still, the point man is a difference maker.

15. Jordan Taylor, G, Wisconsin, Sr. – Yes, he and the Badgers are struggling. Taylor at times has tried to do too much and forced some shots for a team that?s become too perimeter-oriented. Still, Taylor is a great passer and defender who makes those around him better. He just can?t do it alone.