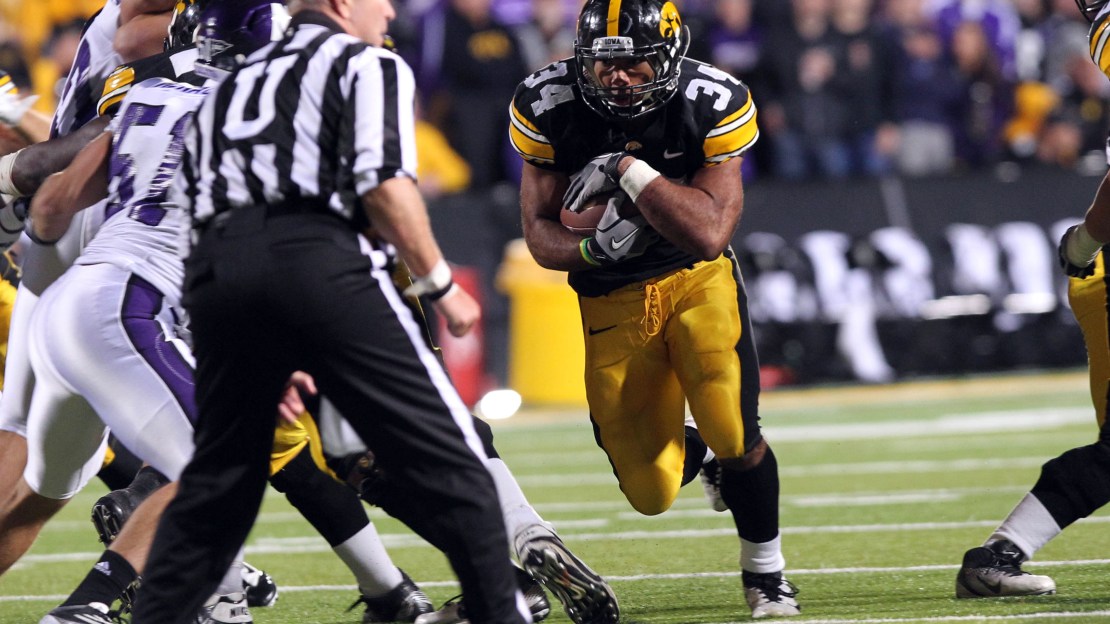 News that Iowa running back Marcus Coker has asked for his release from his scholarship is bad news for the Hawkeyes. The sophomore, who was suspended for Iowa?s Insight Bowl matchup with Oklahoma for violating team rules, was one of the Big Ten?s top backs, ranking second in the league in rushing (115.3 ypg). He ran 281 times for 1,384 yards and 15 touchdowns, bringing a tough, physical presence to the Hawkeye rushing attack after bursting on the scene at the end of 2010.

Coker?s departure means Iowa will be without two of its top three rushers from 2011. Earlier, Iowa saw promising freshman running back Mika?il McCall announce he wouldn?t return to the team. He was suspended prior to the November 25 game at Nebraska and remained on suspension through the end of the season. McCall was the team?s third-leading rusher with 11 totes for 65 yards in 2011.

Without Coker or McCall in the Insight Bowl loss to Oklahoma, Iowa struggled to run, carrying 37 times for 76 yards. Backs like freshman Jordan Canzeri, who ran six times for 28 yards in the Insight Bowl, will be asked to step up in 2012. Senior-to-be Jason White also will be given a look. And don?t be shocked if some incoming freshmen get a chance to contribute.

Still, it will be difficult for an Iowa offense that also must deal with the graduation of all-time leading receiver Marvin McNutt and the early departure to the NFL of star tackle Riley Reiff to find someone as productive as Coker.