Dienhart: Let's Look At The Week Ahead 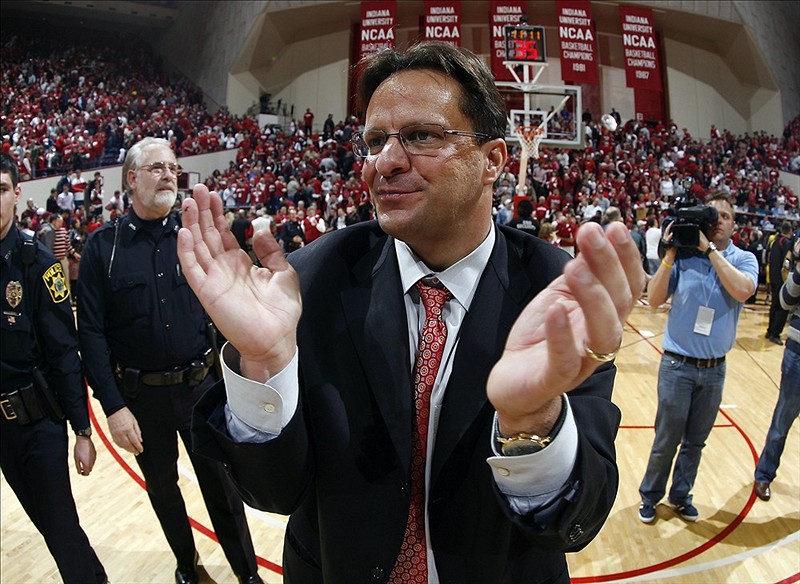 The Big Ten men's basketball season is really heating up as we enter a third week of league action, so it's time to roll out the first installment of my Monday basketball column. We're calling this my Big Ten Whiteboard, because I'll be drawing up all the good stuff you'll need to keep track of in the week ahead.

Got a comment? Drop it to me at the bottom of this post. Got a question for my weekly mailbag? Send it to me over here. Also, watch The Pulse crew debate the latest in Big Ten hoops now.

The biggest surprise: Wisconsin?s struggles. The Badgers are 1-3 in Big Ten play, the result primarily of relying too much on perimeter shooting. Wisconsin is shooting 43.6 percent from the field (10th in the Big Ten), including 37 percent in Big Ten play.

Another surprise: Indiana. Many felt the Hoosiers would be improved with the influx of talent and continuing maturity of the roster in Tom Crean?s fourth season. But few could have envisioned Indiana-which notched its first Big Ten road win in almost two years on Sunday–being this good. Could the Hoosiers make it to the Final Four for the first time since 2002?

But otherwise, things are unfolding as most people suspected. Let?s take a look at the week ahead.

Game of the week: Indiana at Ohio State, Sunday. These may be the top two teams in the Big Ten, but Michigan State may have something to say about that. Ohio State is thinking Final Four and national championship behind Aaron Craft, William Buford and Jared Sullinger, among others on a star-studded lineup. Indiana is looking for another brick in the wall of its Renaissance in Year Four under Tom Crean with an intoxicating blend of youth and experience that has Bloomington-and the nation-buzzing. Is Crean the national coach of the year?

Don?t overlook this game: Michigan at Iowa, Saturday. Yes, the Hawkeyes have lost to the likes of Campbell and Northern Iowa. But Iowa seems to be hitting its stride as it wades deeper into league play behind players like Aaron White, Melsahn Basabe and Matt Gatens. Iowa scored an NCAA tourney building victory at Wisconsin on New Year?s Eve. A win over a strong Wolverine team that includes Trey Burke and Tim Hardaway Jr. would go a long way to enhancing Iowa?s resume. But it won?t be easy vs. a Michigan team that has won eight of its last nine and is rebounding and defending better than last year.

Individual matchup to watch: Ohio State?s Jared Sullinger vs. Indiana?s Cody Zeller, Sunday. Does it get any better than this? Sullinger, who may be the top big man in the nation, averaged a double-double last week en route to earning Big Ten Player of the Week honors. Zeller is coming off a big week, too, winning league Freshman of the Week accolades after averaging 14 points and 4 rebounds. Can Zeller deal with the physical Sullinger in a hostile environment in Columbus? In the first meeting, both players battled early foul trouble and struggled to get into any kind of rhythm.

Must win: Iowa at Michigan State, Tuesday. The Spartans must protect their homecourt against a good Hawkeye squad that in December stunned Wisconsin in the Kohl Center. But Michigan State is the hottest team in the nation, having reeled off 14 victories in a row behind Keith Appling, Derek Nix and Co. after opening with losses to North Carolina and Duke.

Injury update: Illinois continues to battle on with point man Sam Maniscalco and D.J. Richardson ailing. Maniscalco didn?t play on Saturday against Nebraska as he continues to deal with a nagging left ankle injury that has dogged him all season. Maniscalco has had two operations on the ankle over the past two years. Richardson battled through an injury to his right wrist suffered last week at Northwestern but was largely ineffective against Nebraska. The Illini need the duo for a big visit from Ohio State on Tuesday.

Big week: It?s Iowa, which plays at Michigan State on Tuesday and plays host to Michigan on Saturday. The Hawkeyes are 10-7 overall and 2-2 in the Big Ten. This will be a big week to show that they are the dark-horse team that many people envisioned at the start of the season. And Ohio State also has a big week, with a trip to Illinois on Tuesday followed by a visit from Indiana on Sunday.

Coaching matchup to watch: Wisconsin?s Bo Ryan at Purdue?s Matt Painter, Thursday. This is a huge game for both teams. The Boilermakers are 3-1 in Big Ten play but remain a work in progress. How do you explain a 20-point loss at Penn State last week? The Badgers are the midst of a three-game losing streak, only the fifth three-game losing skein in Ryan?s 11-year Madison tenure. Purdue needs to protect its home court, while a win in hostile Mackey Arena could be a catalyst for the struggling Badgers. But know this: Wisconsin is 2-37 in Mackey.

Stat watch: If Purdue hopes to stay in the Big Ten race, it must improve free-throw shooting that ranks last in the Big Ten (61.4 percent). Even in the win at Minnesota on Sunday, the Boilermakers only hit 47.4 percent from the charity stripe. G Terone Johnson has struggled the most, hitting just 10-of-40 (25 percent).

Best of the rest: Iowa