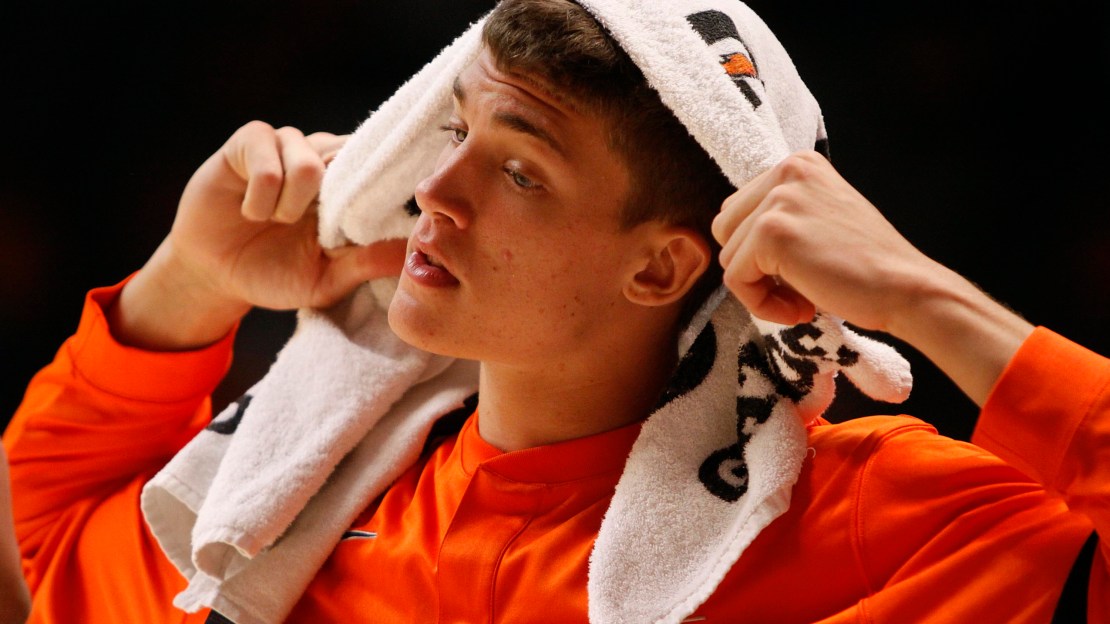 It?s early in the conference season, but not so early that teams don?t have something they need to work on. To get them in shape, let?s hand out some homework assignments.

Leonard?s production in the conference season has gone into a tailspin, which is bad news for a team that already struggles to score. If Illinois is to get its offense on track, Leonard needs to get back on track.

Indiana: Yes, the Hoosiers are much-improved (indeed, they?ll likely sport a top-10 ranking when sport?s most meaningless polls come out for this week), but all is not well in Bloomington. While Tom Crean?s team can score, it also sports the worst defense in the entire Big Ten. No, really–no team has given up more points per possession than the Hoosiers. So while IU held off Penn State on the road, it should be a warning sign that the Hoosiers sweated out a close game in which they shot 75% on very frequent three-pointers. It should also be noted that Indiana went to the line 32 times in a game that saw them attempt just 23 two-point shots. Quite obviously, these stats sit toward to the more extreme side, and are usually indicative of a blowout win. But this was a real battle, in large part because the Hoosiers allowed Penn State to score at 1.15 points per possession. The Nittany Lion offense is usually ?Tim Frazier, and, uh, Bueller??, so it?s not a great sign that they scored almost at will. Of course, given PSU?s steamrolling of Purdue, maybe Pat Chambers just has Indiana schools figured out.

Wisconsin: Considering this a three-point heavy offense, it?s a bit of a minor miracle that the Badgers are scoring at over a point per possession in conference play despite making only 29 percent of their three-pointers. Against Michigan though, outside shooting was not the problem. Wisconsin made a respectable 37 percent of those, but converted an abysmal 28 percent of shots taken inside the arc. Bo Ryan?s team has thus dropped its third straight game, and is staring down a trip to West Lafayette. It seems unfathomable, but if the Badgers don?t get back on track against Purdue, they?ll be at 6 losses with three games against Ohio State and Michigan State still remaining. I hate saying it, but it might be time to break out the dreaded ?B-word.? The offense desperately needs to break out of its funk, and that happens when Wisconsin is back to making perimeter shots early and often.

Iowa: I really like how the young Hawkeyes score. Melsahn Basabe, Aaron White, Roy Marble, Zach McCabe, and Josh Oglesby represents a solid core that could be part of the next Hawkeye team that makes the Dance. Sure, that offense was humbled against Ohio State, but sometimes you eat the bear, and sometimes, well, he eats you. What concerns me, however, is how easily Iowa opponents are scoring. Big Ten teams are scoring at a 1.05 PPP clip against Iowa, and that?s while shooting under 25 percent from long distance. Defensive three-point accuracy is generally something that?s not entirely within the defense?s actual control, which is another way of saying that Iowa?s defense is due to get worse once its luck starts to even out.

Minnesota: Not too long ago, I suggested that Minnesota couldn?t shoot. Well, I was right–the Gophers? offense has largely been ineffective because of their lack of skilled jumpshooters. One possible fix might be for Minnesota to montage themselves into good shooters. More realistically, Tubby Smith?s squad should try to utilize its athleticism and score more going to the hoop. Going into the Purdue game, Minnesota ranked last in the Big Ten in Free Throw Rate, which measures how frequently a team gets to the line. An increase in this number would pay big dividends, as the Gophers also rank as the most accurate free throw shooting team in conference play.

Identifying problems is one thing, actually fixing them is quite another. I'll leave that to the coaches.