Dienhart: What Lies Ahead for Penn State 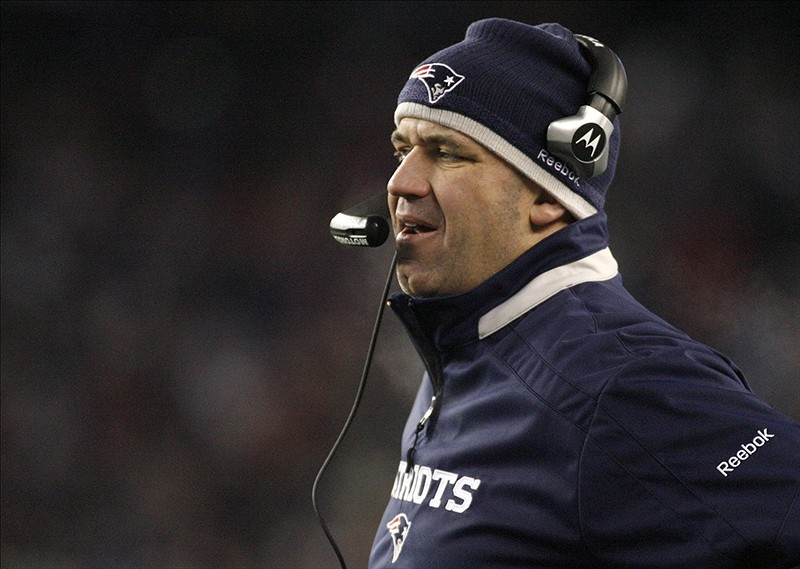 The search for Joe Paterno?s successor finally looks to be over as multiple reports indicate that Penn State will hire New England Patriots offensive coordinator Bill O?Brien as head coach. An announcement is expected on Saturday.

O?Brien, 42, has been with the Patriots since 2007. He coached receivers and quarterbacks before becoming offensive coordinator for the Patriots in 2011. The New England offensive coordinator job has been a launching pad for coaches, as Charlie Weis held it before leaving to coach Notre Dame in 2005. Then, Josh McDaniels followed Weis before leaving for the Denver Broncos job in 2009. Now, O?Brien is off to bigger things after pushing the buttons on a Patriot offense that is led by future Hall of Fame quarterback Tom Brady.

O?Brien?s work will go beyond drawing up Xs and Os. This is a job that will require rebuilding trust with the public and nation after thisnpast fall's scandal. A healing process that will make years must begin to take place under O?Brien, who could use his position to be an advocate for children?s rights.

And then there?s the matter of recruits, who must be convinced what was a dysfunctional Penn State house is now in order. National signing day is Feb. 1, so O?Brien doesn?t have much time to assemble a recruiting class. According to FightOnState, the Penn State Scout site, Penn State has 14 commitments.

O?Brien, who interviewed for the job on Thursday, never has been a head coach and has no ties to Penn State. And according to reports, he will remain with the 13-3 Patriots through the playoffs. And it could be an extended run for New England, the No. 1 seed in the AFC. The Super Bowl is Feb. 5.

During his time in the ACC, O?Brien was able to develop some recruiting contacts along the eastern seaboard that will come in handy at Penn State.

"He?s a good coach and a relentless recruiter," said Roof, who was Duke head coach when O?Brien served as his offensive coordinator.

Former Maryland head coach Ralph Friedgen knows O'Brien well. O?Brien was an assistant at Georgia Tech when Friedgen was the offensive coordinator there, then O?Brien coached under Friedgen at Maryland.

"I think he has done a heck of a job with the Patriots. And I think he?s a heck of a coach," Freidgen said. "The first time I met him, he picked me up at the airport when I came back to Georgia Tech from San Diego, and I asked him where he went to school. And he said,  'Brown.' And I said he was too smart to be a football coach. He?s one of the brighter-  if not the brightest – assistant coaches who ever has been under me. Very good mind, very good work ethic. I consider him a close friend.

"He was a very good recruiter at Georgia Tech and Maryland. He?s a tireless worker," Friedgen added. "I think he would have had an opportunity at some head coaching jobs in the NFL this year."

Like the 84-year-old Paterno, O?Brien is a Brown graduate, where he played from 1990-92 as a defensive end. But, unlike Paterno, O?Brien takes over the program under much different circumstances than when JoePa assumed command in 1966.

O?Brien faces challenges in State College, Pa., taking over a program dealing with a child sex-abuse scandal involving former assistant Jerry Sandusky. The unknown hangs over the program, as no one is sure what the fallout will be.

The scandal cost Paterno his job after 46 seasons as head coach and 61 seasons on the Penn State staff, as he was fired Nov. 10 a few days after winning his 409th game in his last time on the sideline to become college football?s all-time FBS win king. The Penn State president Graham Spanier and athletic director Tim Curley also lost their jobs. Criminal and civil suits are still pending. And the NCAA also has said it may act with its own investigations, which could result in some type of sanctions.

"I don?t think he would have taken the (Penn State) job if he didn?t think he could handle it, and it isn?t going to be an easy situation," Friedgen said about the challenges ahead. "But as I said, he?s a smart guy and he?s not going to get into something he doesn?t think he can do."

On the field, O?Brien will take over a program that was known for running a conservative offense that emphasized the run. But his attacks at New England were built around the pass. The Patriots are third in the NFL overall in scoring (32.1 points per game), and second in total offense (428 yards) and passing (317.8 yards).

Penn State finished 9-4 in 2011, capping the season with a 30-14 loss to Houston in the TicketCity Bowl. If the Nittany Lions had won their regular-season finale at Wisconsin, they would have played in the Big Ten title game. So, O?Brien inherits a program built for success on the field in a Leaders Division that is filled with questions. Wisconsin loses lots of key personnel and will have a rebuilt offensive coaching staff; Indiana has a second-year coach; Purdue is a work in progress; Illinois has a new coach; Ohio State has a new coach and is ineligible for the Big Ten title or a bowl game.