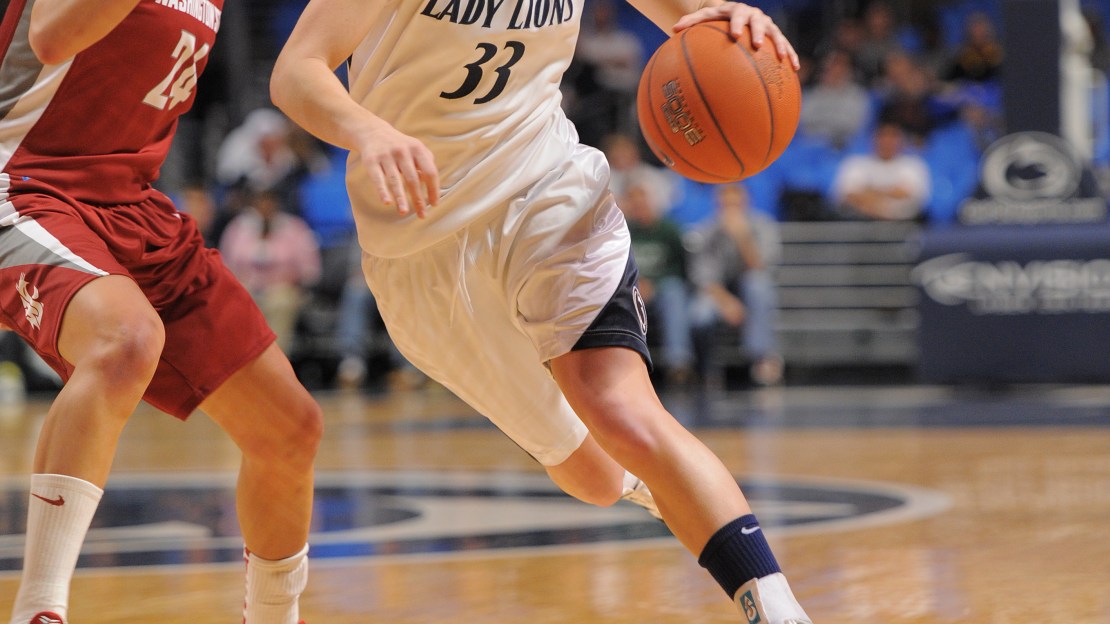 Penn State sophomore guard Maggie Lucas wasted no time making a name for herself in the Big Ten. Last year as a freshman, she scored nearly 16 points per game, broke the league?s single-season record for most 3-pointers, earned Big Ten Freshman of the Week honors eight times and was ultimately named the Big Ten?s freshman and sixth player of the year.  Basketball analyst and writer Patricia Babcock McGraw talks to Lucas in her latest Gimme 5 audio segment. Jump down in this post to read and hear more.

Lucas is a pre-season third-team all-American, is averaging a team-leading 19 points per game and has guided Penn State to one of its best starts in recent memory. Currently, the Lady Lions are 11-3 and ranked as high as 19th in the national polls. Find out why Maggie thinks her 3-point shot is so hard to defend, and why 100,000 was a significant number to her in her training this past summer. Also, Lucas is from Pennsylvania, but find out why her favorite pastime makes her more of a California girl.

Listen to the audio interview below: