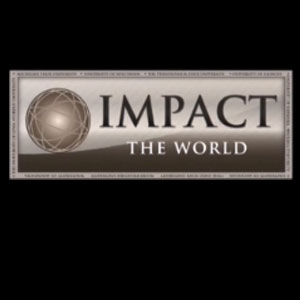 CHICAGO - BTN will debut a powerful new original series called Impact the World, which shifts the focus from the playing field to the world stage, where Big Ten universities continue to make their presence known. Impact debuts at 9:30 PM ET Tuesday, Jan. 10, and will air weekly through the winter.

?Impact the World gives regular BTN viewers a window into the ground-breaking work being done on Big Ten campuses that is improving and impacting lives, both in the United States and around the world,? says BTN president Mark Silverman.

The series is hosted by actor Dennis Haysbert and will include 24 stories from all 12 Big Ten universities. The debut episode will feature a series of stories illustrating the impact of advances in medical therapy and treatment:

Impact the World is the first BTN collaborative campus program series produced in conjunction with the Big Ten Conference and its 12 universities.  Since the network launched in 2007, BTN has aired programs produced from each Big Ten university under the University Showcase heading.

BTN is co-producing the series with Chicago-based TeamWorks Media, a creative content company that specializes in producing inspirational stories, to produce Impact the World. TeamWorks Media?s production of the show includes research and show formatting, field production, and all post production, including writing and editing. TeamWorks Media also produced BTN LiveBIG, which profiled Big Ten alumni, students and supporters who are ?living big? through their service to others. The series debuted during fall 2011 and was hosted by former Michigan standout Dhani Jones.

About BTN
A joint venture between the Big Ten Conference and Fox Networks, BTN is the first internationally distributed network dedicated to covering one of the premier collegiate conferences in the country. With more than 800 events, all in HD, the 24/7 network is the ultimate destination for Big Ten fans and alumni across the country, allowing them to see their favorite teams, regardless of where they live. Events include football, men?s and women?s basketball games; dozens of Big Ten Championship events; studio shows; coaches? shows; and classic games. The network televises and streams more Olympic sporting events and women?s sports than has ever been aired on any other network. Original programming highlights activities and accomplishments of some of the nation?s finest universities. The groundbreaking Student U initiative provides real-world experience for students interested in careers in sports television. The network is available to more than 80 million homes across the United States and Canada, and currently has agreements with more than 300 affiliates, including AT&T U-Verse, Atlantic Broadband, Cablevision, Charter, Comcast, Cox, DirecTV, DISH Network, Insight, Mediacom, Rogers Cable (Canada), Shaw Cable and Shaw Direct (Canada), Time Warner Cable and Verizon FiOS. For updated information, go to http://www.BTN.com.