Dienhart: Breaking down the Sugar Bowl 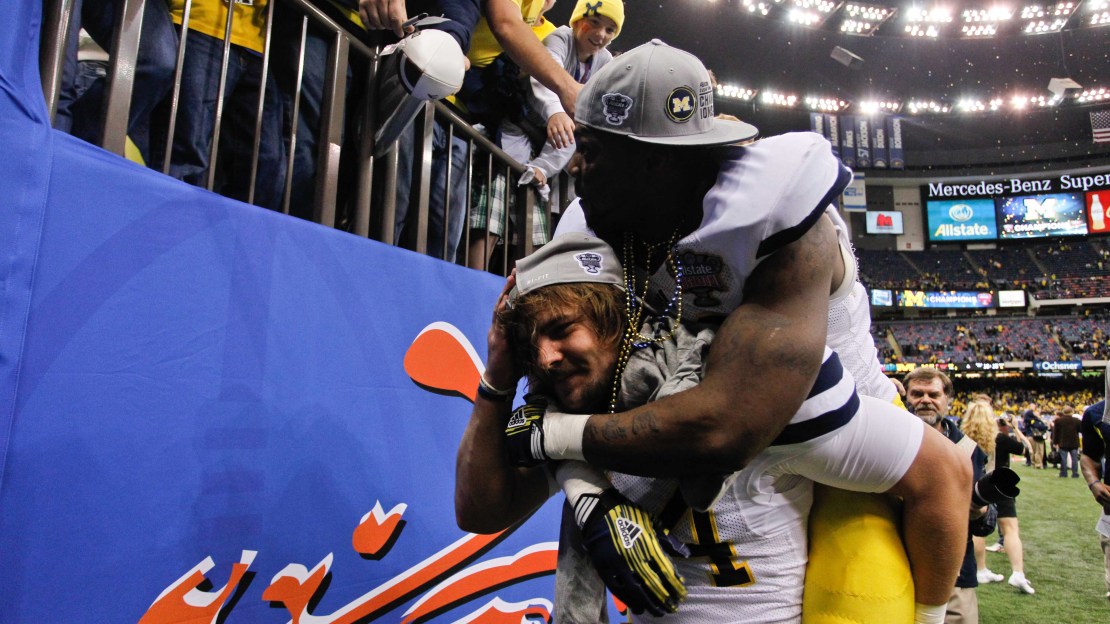 Throughout the bowl season, BTN.com senior writer Tom Dienhart offers his thoughts on the Big Ten?s record 10 bowl games. Find Dienhart?s reaction to Michigan?s exciting overtime victory over Virginia Tech in the Sugar Bowl on Tuesday in this post.

What I Learned
1. QB Denard Robinson is who he is at this point of his career. He?s never going to be a great passer and typically only is effective when Michigan isn?t in obvious passing situations. And too often on this night, the Wolverines struggled on first downs, putting Shoelace and the Michigan attack in too many second- and third-and-longs. And Robinson struggled, hitting just 9-of-21 passes for 118 yards with two touchdowns and a pick and rank 13 times for 12 yards.

2. Michigan needs some running backs. Yes, Fitz Toussaint had 1,011 yards rushing entering the game, but the Wolverines could use some more viable running backs to continue to take pressure off of Denard Robinson.

3. Michigan is for real. Brady Hoke?s quick transformation has been nothing short of stunning. The Wolverines finished with 11 wins and won its first BCS game since the 1999 season when Tom Brady was the quarterback; Rich Rodriguez had 15 wins in three years. And, has been the case most of the year, the Michigan defense led the way by limiting the Hokies to three fields in the first three quarters and forcing three turnovers.

Key moment: Michigan scored 10 points in the final 49 seconds of the first half to take a 10-6 halftime lead. That helped serve as a spark for a Wolverine offense that struggled most of the night.

Key stat: 184, Michigan?s total yards. It entered the game with a 423.1-yard average. But the Wolverines benefitted from four big Va Tech special teams gaffes, including a botched fake punt in the second half and a missed field goal in overtime.

Sneak peek toward 2012: Michigan may be the favorite in the Legends Division with Denard Robinson back, along with most of the line, WR Roy Roundtree and RB Fitz Toussaint. Yes, star T Mike Martin is gone, but the defense also figures to continue to improve with players like E Craig Roh, LB Kenny Demens and a good collection of defensive backs returning for a unit that will continue to improve under coordinator Greg Mattison.

Tom Dienhart is a senior writer for BTN.com. Find all of his work at www.btn.com/tomdienhart, follow Dienhart on Twitter at @BTNTomDienhart, send a question to his weekly mailbag here, and click here to subscribe to his RSS feed. Also, find Sugar Bowl Champs gear in our BTN,com store right here.