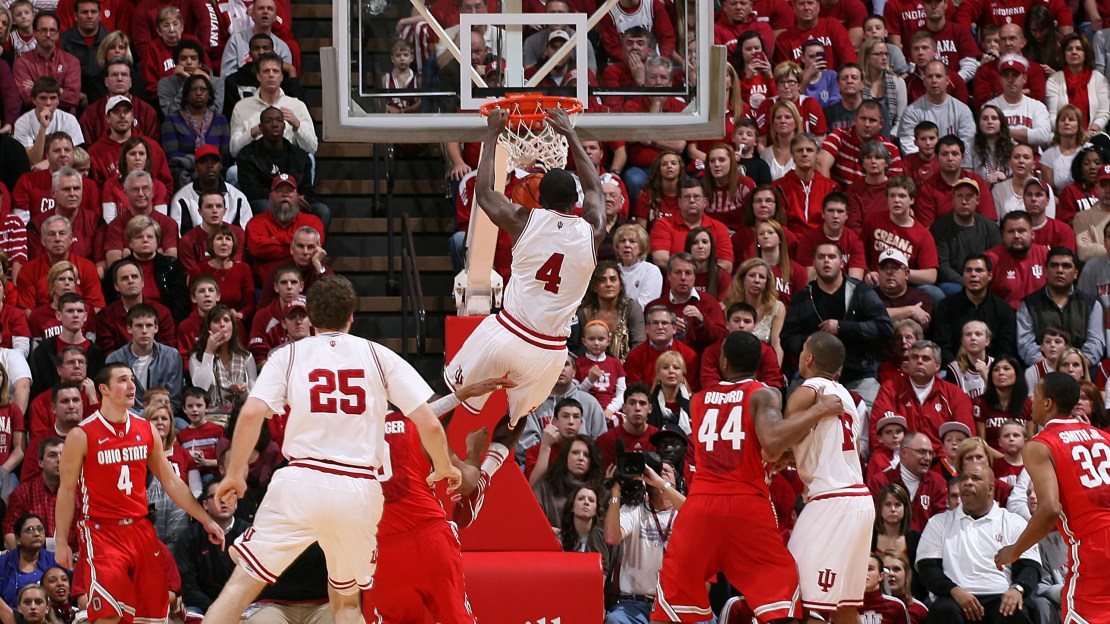 Every year, it?s a test of one?s will to avoid drawing any conclusions prior to the beginning of conference play. For instance, two years ago the Texas Longhorns jumped out to an undefeated mark before beginning their conference slate. Non-conference opponents included Pitt, UNC, and Michigan State. After opening conference play with wins over what turned out to be the bottom of the Big XII, Texas sat atop both polls (I still don?t understand the point of polls in college basketball) and was generally recognized as the best team in the country.

Yet, the team finished with 10 losses and made a one-game appearance in the NCAA Tournament.

Conference play is different. Teams scout each other so well, that there are no surprises. There?s so little time between games, and the games are tougher, which means that it?s difficult for players to improve once the non-conference slate is finished. Rotations become locked, benches shorten, and the pace slows down as teams put a premium on possessions. In a way, the non-conference season is somewhat like a preseason. Yes, the games count, and it?s important for squads to pick up RPI-pleasing wins and to avoid bad losses. But to paraphrase Tyler Durden, who you are in November is not who you are in February.

All of this is to explain that one?s mouth should not be agape after this weekend?s results. Sure, Indiana took down the Buckeyes (with Sullinger–an important distinction). And yes, the Hawkeyes somehow managed to pull out a victory in Madison–even with seemingly everything working against them in the final minutes. This is conference play, and there are no off nights.

But let?s not diminish the accomplishment that the Hoosiers pulled off. After it beat Kentucky, I weighed in on whether Indiana ?was back.? At the time, my thoughts were ?not quite.?  Well, time to revise that. Yes, they are back, and well ahead of schedule. For the past three seasons, IU?s efficiency margin has been somewhere between ?bad? and ?terrible.?

This season, Tom Crean?s team looks to simply delete the negative sign. An efficiency margin of +0.10 or better would represent one of the best turnarounds you?ll see anywhere. And it?s not like the coach brought in a Calipari-sized haul in the offseason. The starting point guard is the same guy that brought the ball up the court in 2007-08. Over the past couple seasons, Crean has simply built a team that really fits well together. It?s certainly been impressive to see.

Now, with all of that said, I write this effusive praise for a team that currently sits with an efficiency margin of -0.08. This is mostly of a product of having played two of the toughest teams in the conference (one on the road), but my greater point here is that it?s still very early. Still, it?s hard to see the Hoosiers stumbling much from here on out.

Despite an even more impressive victory at the Kohl Center, I don?t see Iowa making the same great strides as Indiana. For one, the non-conference slate hinted that the Hawkeyes weren?t quite ready for primetime. And although they?ve played Purdue to the wire and knocked off Wisconsin, how they?ve done so is instructive. The Badgers shot just ten percent on three-point attempts against Iowa, and they were still in the game with a couple minutes to play. I know teams have off-shooting nights, but ten percent approaches Schrodinger-level thresholds. The Hawkeyes weren?t especially difficult from behind the arc in non-conference play, and teams aren?t reluctant to hoist shots from deep. And even with the incredible inaccuracy, the Badgers still nearly scored at a point-per-trip. Indeed, the more impressive part of Iowa?s victory came on offense, where it did something no other Wisconsin opponent has this season–eclipse the point-per-possession mark. A large chunk of the credit should go to freshman Aaron White, who scored 18 points in just 20 minutes of action. Indeed, Fran McCaffrey has assembled a nice stable of underclassmen talent. With another solid haul on the recruiting trail, the Hawkeyes could travel Indiana?s path next season.

The rest of the weekend went as predicted. Michigan State?s defense was too much for Nebraska, Northwestern took care of business at home against Penn State, Michigan won a hard-fought game against Minnesota, and Purdue blasted Illinois at home. But there are two items of note worth mentioning from those games. First is the apparent malfunction of the Illinois offense. The Illini scored at 0.90 points per possession against the Boilermakers, and the culprit (again) was turnovers. Illinois has been careless with the ball for the past few games, and now a small trend looks more like an Achilles? heel. One might expect Bruce Weber would resort to shooting more three-pointers in an attempt to keep the giveaways to a minimum. But there?s one problem with that–the team can?t shoot. D.J. Richardson is the only Illini currently shooting above 31 percent from three-point range on the team. Illinois? preferred offense is to go through Meyers Leonard, but as teams have taken that away (Purdue was often seen with three defenders guarding the entry pass into the paint), the Illini have not had a counterpunch. In a lot of ways, this team looks like Minnesota last year, except Leonard is not the offensive rebounder that Trevor Mbakwe was (meaning throwing the ball in the general vicinity of the rim will not work as well). If Illinois can?t come up with other ways to score, they?ll probably miss the Dance.

Another thing that stuck out to me is this year?s Mbakweless Minnesota team. It really is remarkable how well the team has played after it lost its best player. I really expected the team to look lost on defense, but that hasn?t been the case. Holding both Michigan and Illinois to just over a point per possession on the road is certainly a respectable accomplishment. Sure, the offense has struggled, but give credit to Tubby Smith for getting his team to play hard.

This year just about every conference game figures to be a good one, but there are a few this week that bear special mention. Tomorrow Michigan State hits the road and visits a Wisconsin team looking to put its loss behind it. On Thursday Indiana hopes to keep it going at home when Michigan comes to town, and the Wolverines follow up that game with a home matchup against the Badgers.