Dienhart: Breaking down the Outback Bowl 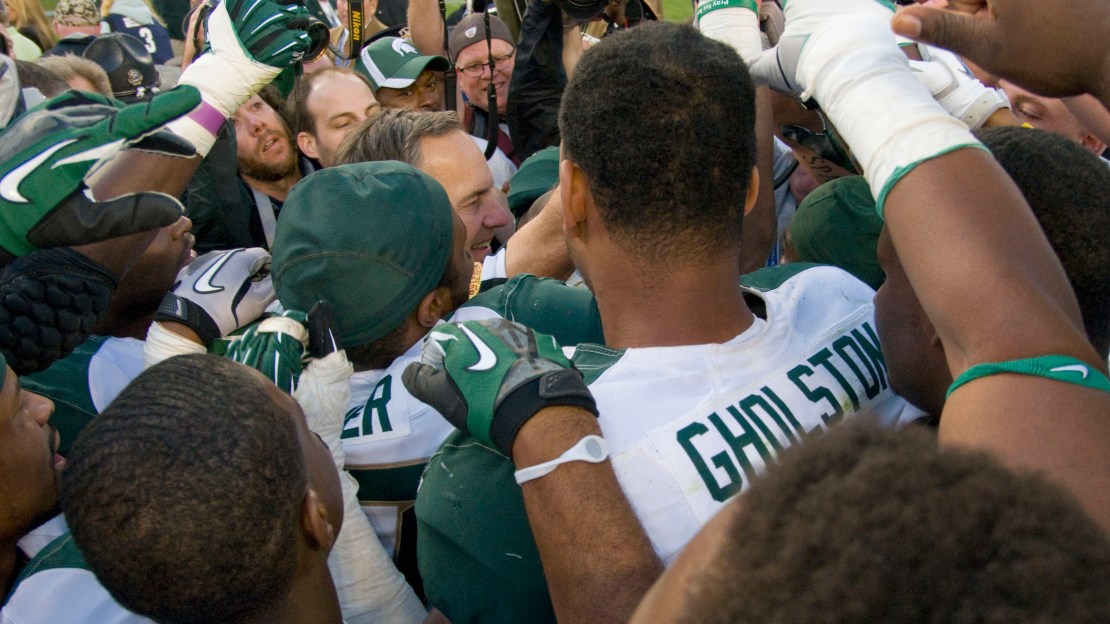 Throughout the bowl season, BTN.com senior writer Tom Dienhart offers his thoughts on the Big Ten?s record 10 bowl games. Find Dienhart?s reaction to Michigan State's thrilling triple-overtime victory over Georgia in the Outback Bowl on Monday in this post.

What I Learned
1. Michigan State has heart. It didn?t seemed dialed in early in falling behind, 16-0, at halftime. In some respects, it looked like last year, when the Spartans got drubbed by Alabama, 49-7, in the Capital One Bowl after missing out on a marquee BCS bowl. But MSU came alive in the second half to end a five-game bowl losing streak.

2. Kirk Cousins is good. We already knew that, but the senior reinforced it. Cousins tossed three picks, but he maintained his composure and hit 27-of-50 passes for 300 yards with a touchdown. He has carried the bulk on the weight on offense all season. And today was no different.

3. Michigan State?s speed was on par with Georgia. Time and again we hear about how fast SEC teams are. But the Spartans kept pace with the Bulldogs, especially a fleet MSU defense that limited Georgia to 1.4 yards per carry and forced three turnovers.

Key moment: With Georgia lining up for a game-tying field goal in the third overtime, the Spartans blocked it to notch the victory. In the first overtime, the Bulldogs missed a field goal that would have won the game.

Key stat: 53, yards rushing allowed by Michigan State. It has been that way all season for Spartan foes, as MSU paced the Big Ten in rush defense by allowing just 104.3 ypg.

Sneak peek to 2012: There is work to do on offense. The Spartans will miss the production and leadership of QB Kirk Cousins, and WRs B.J. Cunningham, Keith Nichol and Keshawn Martin are gone. And the line play still can get better. But some top RBS are back, led by Le?Veon Bell. Yes, star T Jerel Worthy may turn pro, but the defense still will be fortified with lots of returning starters like E William Gholston, LBs Denicos Allen and Max Bullough and Isaiah Lewis and Johnny Adams in the secondary.