Dienhart: Breaking down the Capital One Bowl 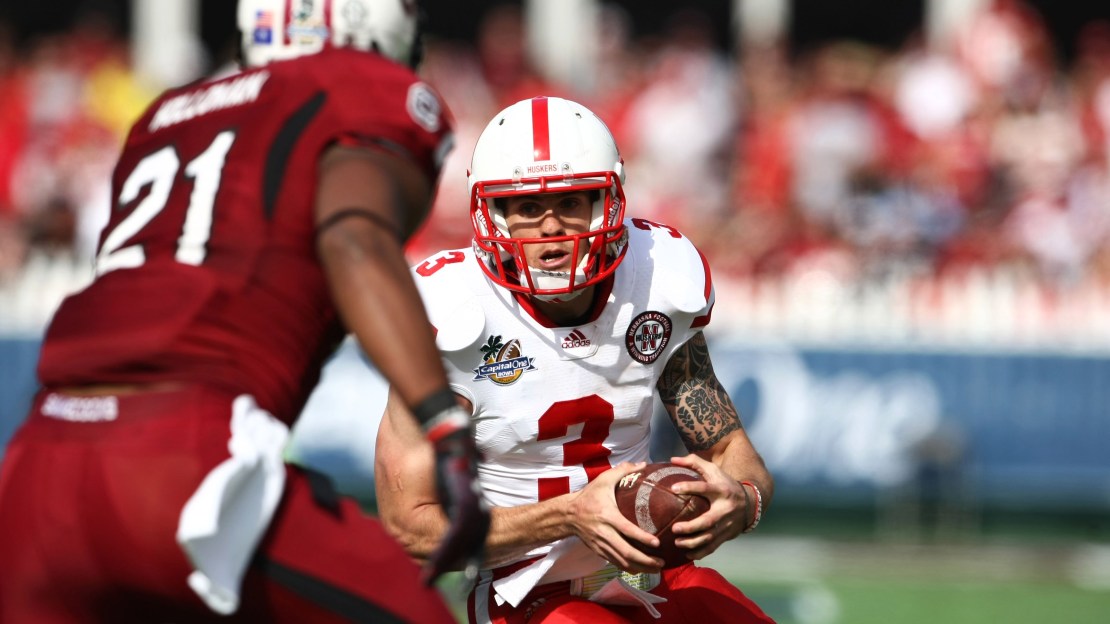 Throughout the bowl season, BTN.com senior writer Tom Dienhart offers his thoughts on the Big Ten?s record 10 bowl games. Find Dienhart?s reaction to Nebraska's loss to South Carolina in the Capital One Bowl on Monday in this post.

What I Learned
1. QB Taylor Martinez remains a work in progress. He hit 10-of-16 passes for 103 yards with a touchdown and interception. His decision-making is improving but it can be better-and so can his accuracy. If Nebraska gets behind, it struggles to come back.

2. The Husker defense never lived up to its hype. And it carried over to this game with South Carolina totaling 350 yards and 6.1 yards per play. The unit lacks any significant playmakers on the line after Jared Crick went out with injury earlier this year, as tackles for loss and sacks were difficult to come by.

3. The offense needs more explosion. RB Rex Burkhead is good, but he lacks game-breaking, big-play ability. And there are no scary wideouts who keep defensive coordinators awake at night. Yes, the o-line was young and often had struggles, which hurt the offense. But bottom line: more speedy playmakers are needed.

Key moment: South Carolina QB Connor Shaw heaved a Hail Mary toward the end zone as time expired in the first half. And star Gamecock WR Alshon Jeffery came down with the ball and dove over the end zone for a 51-yard touchdown. That gave South Carolina a 16-13 lead it never relinquished.

Key stat: 0, Nebraska points in the final three quarters after notching 15 in the first quarter.

Sneak peek ahead to 2012: The best may be yet to come for an offense that will welcome back QB Taylor Martinez, RB Rex Burkhead, WR Kenny Bell and some young, promising linemen. But a defense that had its issues will lose LB Lavonte David and CB Alfonzo Dennard, who was booted from the game in the third quarter for fighting Alshon Jeffery. And some playmakers are needed on the line.