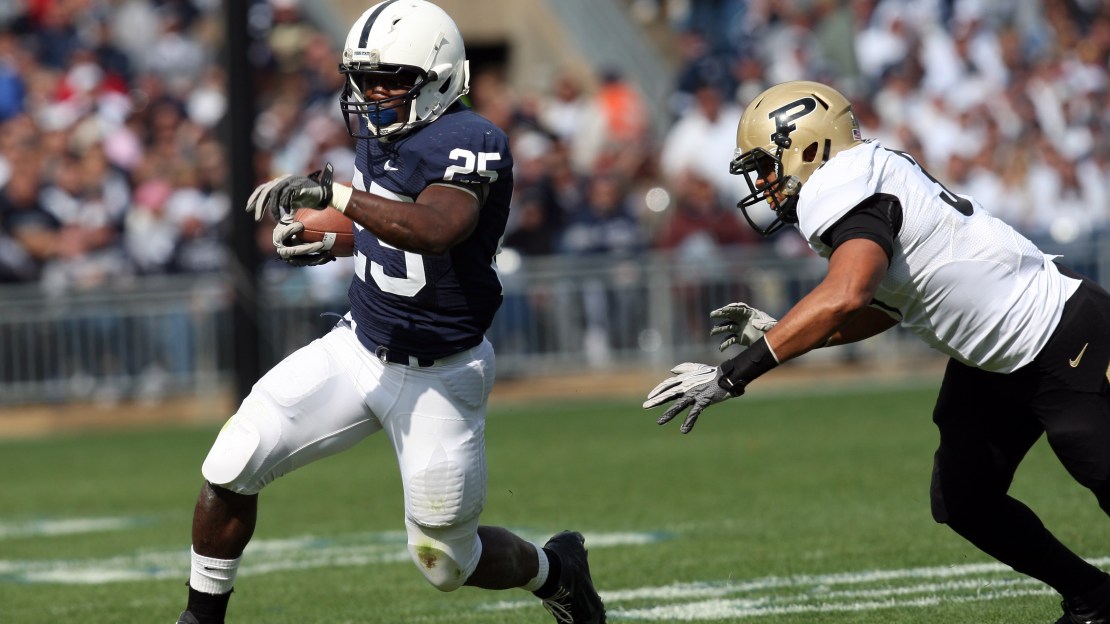 It's been an historic year for the Penn State football program but for all of the wrong reasons. The Nittany Lions head into Dallas to face the high-octane offense of the Houston Cougars in the TicketCity Bowl at noon ET on Jan. 2. BTN.com senior writer Tom Dienhart breaks down the game, gives his keys and offers his prediction. See it all in this post and find the entire 2011-12 bowl schedule.

Storyline: Penn State looks to end a turbulent season marred by a child sex-abuse scandal that cost Joe Paterno his job. The scandal is why the Nittany Lions fell to this bowl despite having a sterling record, at one point winning seven in a row and being in the driver?s seat in the Leaders Division. Penn State still had a chance to win the division in the season finale, but lost at Wisconsin in a de facto Leaders Division title game. The Nits will be led by defensive coordinator Tom Bradley, who took over head coaching duties for the last three games after the scandal broke out and Paterno was canned. Houston was on the precipice of a BCS bowl berth before losing the Conference USA title game to Southern Miss at home in a shocking 49-28 blowout. Then, coach Kevin Sumlin bolted to take the Texas A&M job. Tony Levine will serve as interim head coach. The battle between the Penn State defense and Houston offense makes this a must-watch.

Player on the spot: RB Silas Redd. The sophomore is one of the Big Ten?s top backs and must play a big role against a Houston defense that hasn?t seen an offense as physical as this one. Redd ranked fourth in the Big Ten in rushing with 1,188 yards (99.0 ypg) and should find holes in a Cougar defense that ranks seventh in the C-USA vs. the run (171.8 ypg).

Best individual matchup: Penn State senior CBs D?Anton Lynn and Chaz Powell vs. Houston WRs Tyron Carrier and Patrick Edwards. This is strength on strength, but it?s unknown how often they will line up opposite each other in the Cougars? multi-wideout attack. When they do, make sure you pay attention.

Best unit matchup: Penn State secondary vs. Houston QB Case Keenum. The Nittany Lions have one of the top sets of defensive backs in the Big Ten, led by senior Ss Nick Sukay and Drew Astorino and senior CBs Chaz Powell and D?Anton Lynn. But they will be pressed to slow down the nation?s top aerial game (443.8 ypg). The Nittany Lions must account for WRs Tyron Carrier (87 catches, 914 yards, 5 TDs), Patrick Edwards (79 catches for 1,524 yards and 18 touchdowns) and Justin Johnson (75 catches, 1,081 yards, 11 TDs). And then there?s QB Case Keenum, who has hit 383-of-534 passes (71.7 percent) of his passes for 5,099 yards and 45 touchdowns with just five interceptions.

Fast fact: This will be Penn State?s first bowl without Joe Paterno on the staff since the Cotton Bowl after the 1947 season.

Three reasons to be optimistic:
1. Penn State?s pass defense. It?s good. In fact, it ranks No. 1 in the Big Ten and No. 5 in the nation in pass efficiency defense, allowing only nine touchdown passes with 14 interceptions. And foes complete just 53.9 percent of their passes. But can the Nits cover Houston?s array of quick and speedy pass catchers? The Penn State linebackers and safeties will be under the gun in coverage.

2. Penn State front seven. To have any shot at slowing down Houston?s rapid-fire passing game, the Nittany Lions need to get some heat on Cougar QB Case Keenum. Penn State can do it with players like senior All-American T Devon Still, junior T Jordan Hill, senor E Jack Crawford and a strong set of linebackers paced by junior Gerald Hodges and sophomore Glenn Carson. The Nits rank third in the Big Ten in tackles for loss and third in sacks. And this is a team that ranks second in the Big Ten in turnovers gained with 26.

3. The ground game. The Nittany Lions can pound the rock as well as most teams in the Big Ten. RB Silas Redd leads the way, but Penn State also has good options in senior Stephon Green and sophomore Curtis Dukes. It will be vital for Penn State to run, which will allow it to control the clock and keep Houston?s potent offense on the sideline.

Three reasons to worry:
1. While everyone focuses on Houston?s passing game, the Cougars also can run. They have a strong tandem in Charles Sims (782 yards rushing) and Michael Hayes (707). If Houston can run enough to keep a strong Penn State offense off balance, it could be a long day for the Nittany Lions.

2. Will Penn State care? With a trip to the Big Ten title game on the line, the Nittany Lions looked out of sorts in a season-ending 45-7 loss at Wisconsin. Then, Penn State was passed over by better bowls in Florida to land here. Will the team be dialed in and motivated? The off-field scandal has to have taken an emotional toll on players and staffers. But perhaps they will find relief by getting on the field and be motivated playing a star player and strong team.

3. Quarterback play. It has been spotty all season. Penn State ranks ninth in the Big Ten in passing (180.3 ypg) with just nine touchdown passes and nine interceptions. For most of the year, junior Matt McGloin and sophomore Rob Bolden shared the job. McGloin emerged down the stretch, hitting 54.1 percent of his passes for 1,571 yards with eight touchdowns and five interceptions. McGloin has good targets in senior Derek Moye (40 catches for 654 yards and three scores) and junior Justin Brown (34 catches for 448 yards with a touchdown). But no one knows what impact a December fight McGloin had in the locker room with junior WR Curtis Drake will have on team psyche, as McGloin?s status for the game is iffy after he was hurt in the altercation.