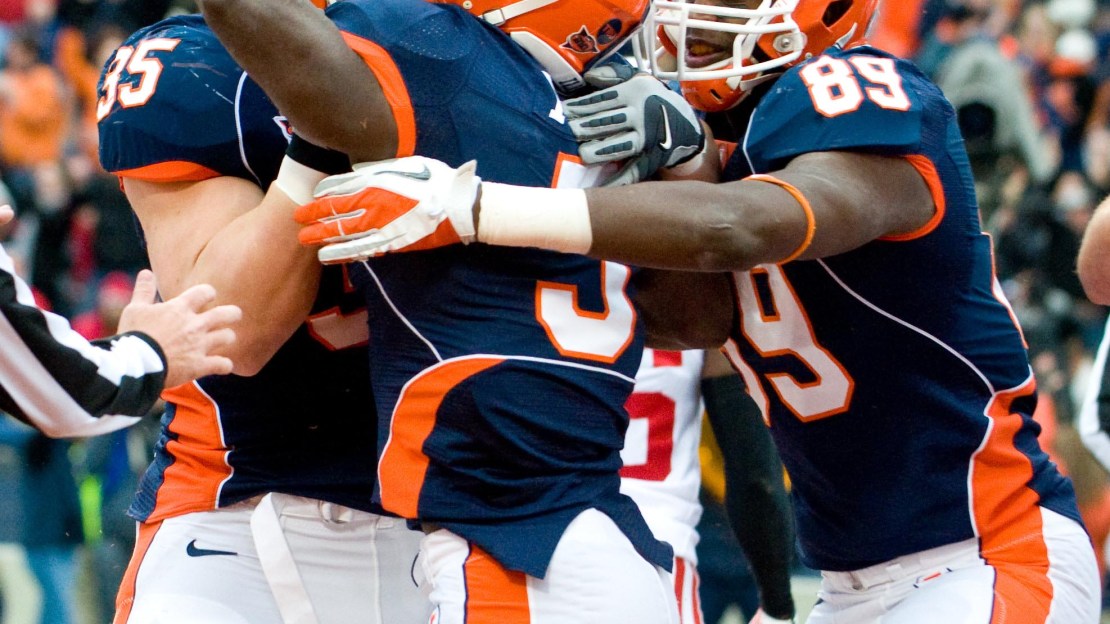 Illinois raced out to 6-0 start and a national this season only to lose the next six games before Ron Zook was dismissed as head coach.  The Fighting Illini (6-6) take on UCLA (6-7) in the Kraft Fight Hunger Bowl at 3:30 p.m. ET on Dec. 31. Like Illinois, UCLA fired their head coach this season. BTN.com senior writer Tom Dienhart breaks down the game, gives his keys and offers his prediction. See it all in this post and find the entire 2011-12 bowl schedule.

Storyline: Each school limps into this bowl with interim head coaches. Illinois fired Ron Zook after seven seasons, with defensive coordinator Vic Koenning leading the team. UCLA fired Rick Neuheisel after four seasons and will be coached by offensive coordinator Mike Johnson. The Bruins won the Pac-12 South and lost the league title game to Oregon, giving UCLA a 6-7 record and making it the first team ever to play in a bowl with a losing mark. That meant the Bruins, who have lost three of their last four and allowed an aggregate 99 points in the last two games, had to get an NCAA exemption to play in a bowl with a losing record.

Player on the spot: RB Donovonn Young. Only a freshman, Young will be a key for the Illini as they are without leading rusher Jason Ford, who is suspended for the bowl game. Young ran for 406 yards and six TDs this season, and he'll be counted on more than ever against UCLA. A strong ground game will open room for a struggling passing attack. Good news: UCLA ranks just 96th in the nation vs. the run (191.5 ypg).

Best individual matchup: UCLA OTs Jeff Baca and Mike Harris vs. Illinois DE Whitney Mercilus. The Bruin bookend tackles will have their hands full trying to slow down Mercilus while opening holes for the effective duo of Johnathan Franklin and Derrick Coleman. The junior was a one-man wrecking crew en route to winning the Hendricks Award as the nation?s top end.

Three reasons for optimism
1. Defense. The Illini rank second in the Big Ten in total defense (291.8 ypg) and will face what can be a confounding Pistol offense. Illinois is second in pass defense (159.1 ypg) and third in rushing defense (132.7 ypg). Illinois is paced by E Whitney Mercilus, who leads the nation in sacks with 14.5 and is sixth in tackles for loss with 19.5. He also set the Big Ten record with nine forced fumbles. Sophomore Jonathan Brown is one of the nation?s top linebackers, pacing the Big Ten and ranking third in the nation in tackles for loss with 19. He also leads the team with 102 tackles.

2. WR A.J. Jenkins. If the Illinois quarterbacks can get him the ball, Jenkins can make things happen. The senior leads the Big Ten with 84 catches, totaling 1,196 yards with seven touchdowns. He accounted for 53.3 percent of the team?s receiving yards, the highest percent by any player for a team in the nation. Jenkins also set a Big Ten mark for most receiving yards in consecutive games with back-to-back efforts of 268 yards (vs. Northwestern) and 182 (Indiana).

3. QB Nathan Scheelhaase. Yes, he struggled down the stretch and was alternated with Reilly O?Toole late in the season, getting benched in the finale at Minnesota after getting sacked five times. But Scheelhaase can be a versatile and dangerous weapon. The sophomore is the team?s second-leading rusher with 514 yards. He also has hit 63.6 percent of his passes for 1,971 yards with 12 touchdowns and seven interceptions. Scheelhaase will be glad to know UCLA has an anemic pass rush and a banged up secondary.

Three reasons to worry
1. Does Illinois care? The Illini are in the midst of a six-game losing streak. That?s a far cry from where the Illini were on October 6 after a win over Indiana. Illinois was 6-0, ranked No. 16 and thinking of winning the Leaders Division and maybe even the Big Ten title. But it all came unraveled down the stretch, beginning with a 17-7 loss at home to Ohio State.

2. Offensive struggles. During the six-game slide, the offense slumped badly in failing to score in the first half of four consecutive games and five of the final six. During the 6-0 start, Illinois averaged 34.7 points. During the 0-6 finish, the Fighting Illini averaged 11.0. The passing game floundered, ranking eighth in the Big Ten (187.0 ypg). Late in the season, the staff played two quarterbacks in hopes of sparking the attack. To no avail for an offense that averages 22.8 points to rank ninth in the Big Ten and led the Big Ten with 27 turnovers.

3. The offensive line. The big fellas up front have struggled, especially when it has come to pass protection. During the six-game skid, Illinois yielded 18 sacks. That has rattled QB Nathan Scheelhaase, who often was chased from the pocket and rarely had time to find receivers.