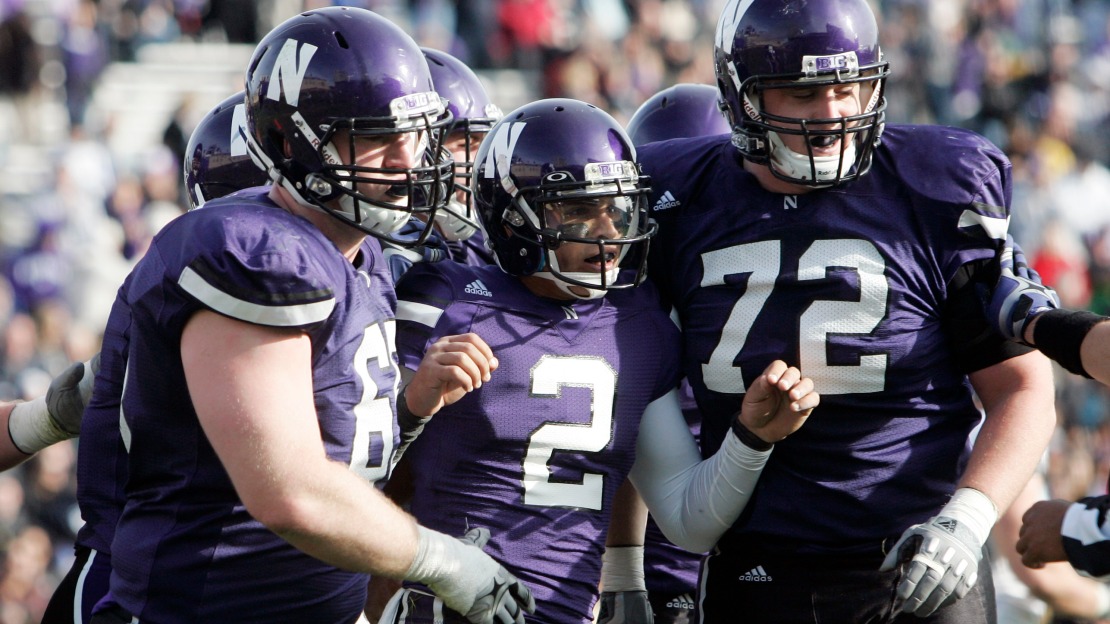 Northwestern makes a school-record fourth straight bowl trip when it plays Texas A&M at noon ET Dec. 31 in the Meineke Car Care Bowl of Texas. BTN.com senior writer Tom Dienhart breaks down the game, gives his keys and offers his prediction. See it all in this post. Also, view our entire 2011-12 bowl schedule.

Storyline: Offense, offense and more offense. The points could be flying in Reliant Stadium, as Northwestern averaged 29.5 and Texas A&M averages 39.6. The defenses? NU allows 27.3 points and A&M allows 28.7.

And for Northwestern, the game also is further proof of the bedrock on which Pat Fitzgerald has built this program, which is making its school-record fourth bowl trip in a row and is bowl eligible for a fifth season in succession. Texas A&M–which lost four of its last five after opening the season ranked and considered a dark horse to win the Big 12–is in flux. Coach Mike Sherman has been fired, and defensive coordinator Tim DeRuyter will be interim head coach. And he has been hired as coach of Fresno State but will still coach the bowl. Follow all of that?

This will be like a home game for A&M, whose campus isn?t far from Houston. And if it comes down to a field goal, give the edge to the Aggies, whose Randy Bullock won the Groza Award after hitting 25-of-29 field-goal attempts with a long of 52 yards.

Player on the spot: WR Kain Colter. The sophomore has emerged as one of the most versatile weapons in the nation, doubling as an effective quarterback when Dan Persa has been out with injury. Colter paces NU with 589 yards rushing and ranks third on the team with 40 receptions for 454 yards and three scores. And for good measure, he also has five touchdown throws. Somehow, some way, he?s gonna have an impact on this game.

Best individual matchup: Northwestern QB Dan Persa vs. Texas A&M LB Sean Porter. The Aggies come after quarterbacks like few schools, pacing the Big 12 with 43 sacks. Porter paced the team with eight sacks. Persa isn?t as mobile and nifty afoot as he was before incurring an Achilles? injury in 2010.

Best unit matchup: Northwestern receivers vs. the Texas A&M secondary. The Wildcats likely will need to score a lot of points, which means the passing game must be clicking. Northwestern has good targets, led by Jeremy Ebert. And the Aggies may be without CB Coryell Judie, the team?s top cover man who continues to battle a hamstring issue for a defense that allows foes to complete 62 percent of their passes.

Fast fact: In its first meeting with Texas A&M, Northwestern will look to end its eight-game bowl losing skein that dates to the Rose Bowl after the 1948 season.

Three reasons for optimism
1. Northwestern is hot, sprinting to the finish by winning four of its last five games after suffering a five-game losing streak earlier in the season. And the Wildcats will face a sagging Aggie team that has a dubious knack for blowing games, as A&M squandered five halftime time leads en route to defeat.

2. Offense. QB Dan Persa should be rested and ready after battling injury this fall, looking to make his final college game memorable. He has thrown for 2,163 yards, with 17 touchdown tosses and seven interceptions. But most impressive: He completes 74.2 percent of his passes in Northwestern?s go-go, no-huddle attack that keeps defenses on its heels. And Persa has a top target in senior Jeremy Ebert, who has 71 receptions for 1,025 yards and 11 touchdowns. He can flat out stretch defenses and turn short passes into long gainers. And senior TE Drake Dunsmore is a weapon, too.

3. Improving defense. A big reason for the Wildcats? strong finish was a defense that was tweaked after a loss at Iowa revealed some communication issues in the secondary. The staff tweaked the personnel and scheme, and the defense responded down the stretch. The unit will need to play well vs. a strong A&M offense that ranks fourth in the Big 12 (497.0 ypg) and fourth in scoring (39.6 ppg).

Three reasons to worry
1. The Wildcat ground game. It hasn?t been strong for several seasons. How weak is it? A receiver (Colter) is the squad?s leading rusher with 589 yards. The top running back rusher is senior Jacob Schmidt, who has 465 yards. Still, this is an offense that doesn?t need much rushing to set up the aerial game that will face what?s the worst pass defense in the Big 12 (280.5 ypg).

2. Wildcat run defense. It lacks teeth, ranking ninth in the Big Ten (185.4 ypg). And the Aggies may be fortified by the return of RB Cyrus Gray, who may play after battling a shoulder injury. He paces the team with 1,045 yards rushing. But A&M will be without Christine Michael, who has 899 yards on the ground but is out with a knee injury. Still, this team will run the ball.

3. Texas A&M QB Ryan Tannehill. The guy can sling it. Witness his 3,415 yards passing and 28 touchdown throws. And he has a top-flight target in Ryan Swope, who has 1,102 yards receiving. And Jeff Fuller is good when healthy and dialed in. Bad news for the Wildcats: They will be without CB Jordan Mabin, who suffered a shoulder injury in the season finale vs. Michigan State.