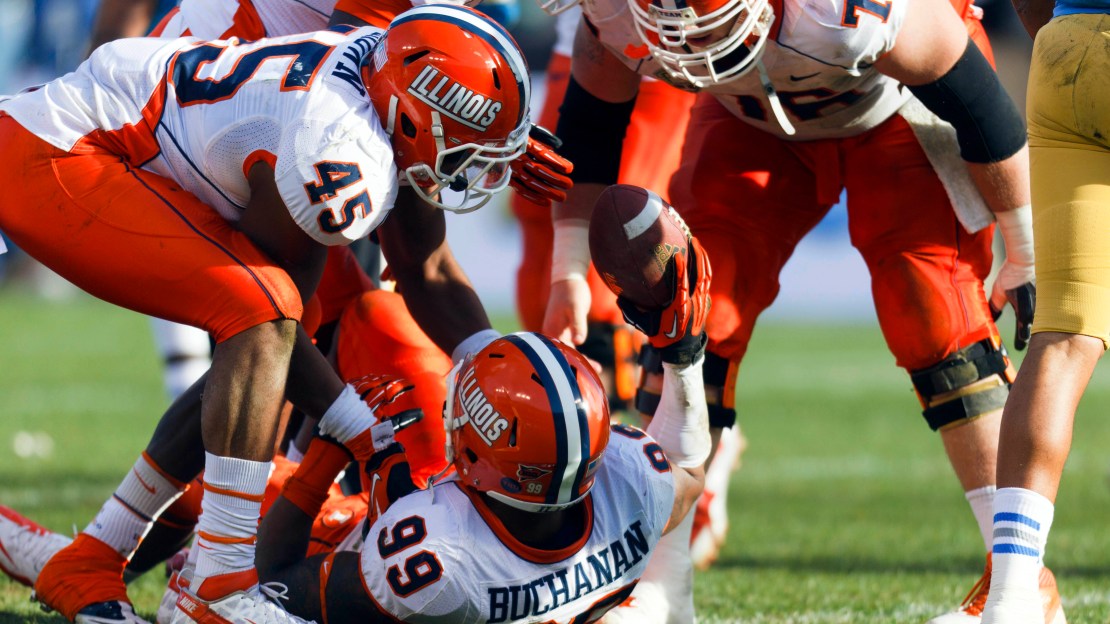 Throughout the bowl season, BTN.com senior writer Tom Dienhart offers his thoughts on the Big Ten?s record 10 bowl games. Find Dienhart?s reaction to Illinois' victory over UCLA in the Kraft Fight Hunger Bowl on Saturday night in this post.

What I Learned
1. The offense needs help. Illinois entered the game having scored just 17 first-half points in its previous six games. It managed to kick a field goal just before halftime to avoid more first-half misery. Still, the Illini need to fix a line that has struggled for consistency all season. And those struggles have shaken the confidence of QB Nathan Scheelhaase, whose offense accounted for just one touchdown in spite of his strong effort running and throwing vs. UCLA.

2. The defense played as well as expected. Then again, it helped to play an offensively challenged Bruin team. Still, this is a stout Illinois unit that ranks No. 2 in the Big Ten (291.8 ypg) in total defense and No. 5 in scoring defense (20.1 ppg). And the defense scored Illinois? first touchdown of the game, giving the Illini a lead it wouldn?t relinquish in ending a six-game losing streak playing for interim head coach Vic Koenning.

3. DE Whitney Mercilus is a stud. The guy ?brings it? every down, every game, leading the nation in sacks en route to winning the Hendricks Award as the nation?s top defensive end. Mercilus brought heat most of the day vs. UCLA, becoming the school?s all-time single-season sack leader vs. a Bruins team that was the first ever to play in a bowl with a losing record.

Key moment: Illinois CB Terry Hawthorne picked off a pass and returned it 34 yards for a touchdown with 43 seconds left in the third quarter to give Illinois a 10-7 lead. For a team led by its defense, it was fitting for that unit to score the team?s first touchdown of the game, as Illinois has now won back-to-back bowl games for the first time in school annals.

Key stat: 0.6, yards per carry for UCLA. Illinois limited the Bruins to 220 yards.

Sneak peek to 2012: A big question: Will Mercilus turn pro? If he returns for his senior season, Illinois will have the makings of another good defense with LB Jonathan Brown, E Michael Buchanan, CB Terry Hawthorne and T Akeem Spence back-among others. Offensively, new coach Tim Beckman will need to decide on a quarterback between Scheelhaase and Reilly O?Toole and find some receivers with A.J. Jenkins gone. And the o-line needs to be fortified for a coach who had some explosive offenses at Toledo.