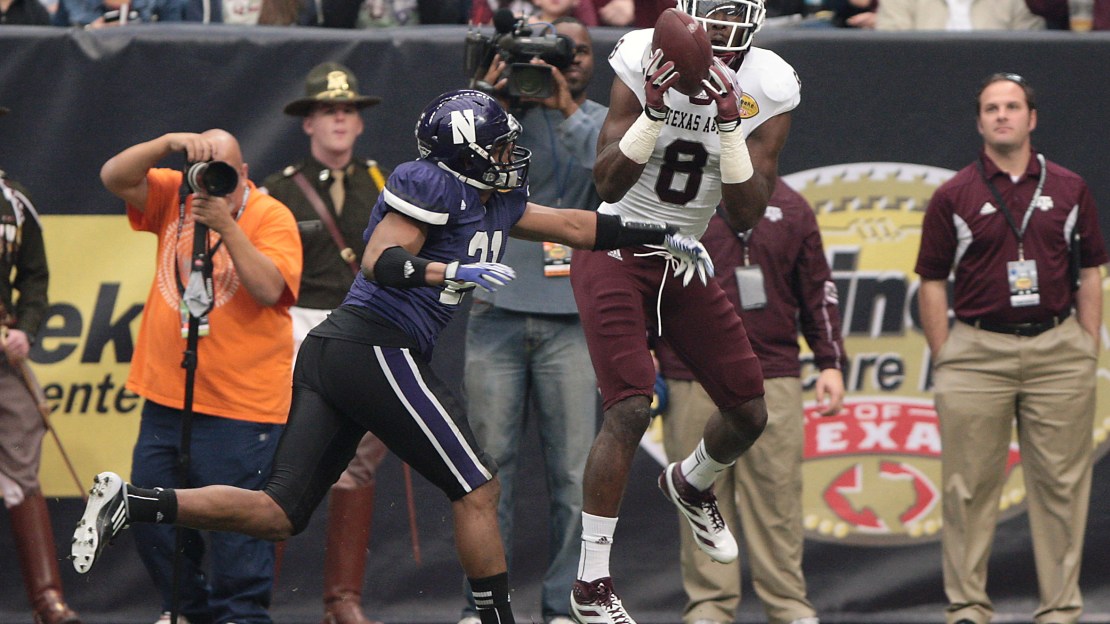 Throughout the bowl season, BTN.com senior writer Tom Dienhart offers his thoughts on the Big Ten's record 10 bowl games. Find Dienhart's reaction to Northwestern's loss to Texas A&M in the Meineke Car Care Bowl on Saturday afternoon in this post.

What I Learned
1. Northwestern?s defense needs work. The unit was gashed for 409 yards with A&M QB Ryan Tannehill leading the way by throwing for 329. Entering the bowl game, the Wildcats were 11th in the Big Ten in total defense (407.6 ypg) and 10th in scoring defense (27.3 ppg). The passing defense has been the biggest issue, allowing 222.2 yards per game to rank 11th in the conference.

2. The monkey remains on Northwestern?s back. It?s 63 years and counting since the Wildcats? last bowl victory, which came in the Rose Bowl after the 1948 season. The loss to A&M was Northwestern?s ninth in a row in the postseason, which ties the NCAA mark for consecutive bowl defeats. And the losses have been mostly lopsided with NU allowing 41; 48; 66; 28; 50; 30; 38; 45 points before today?s defeat to the Aggies.

3. Northwestern needs a running back. The Wildcats battled back valiantly from a 30-7 hole, but the deficit was too much to overcome. The ability to run better from the backfield may have helped early in the game. But the lack of a solid feature back has been an issue for several seasons. The Wildcats finished 53 yards on 38 carries (1.4 ypc) vs. the Aggies.

Key moment: After cutting the lead to 30-22 with under six minutes left in the fourth quarter and riding momentum, Northwestern needed a stop. It didn?t get it, allowing two big first-down conversions after the Aggies faced a third and 13 and then a third and 6.

Key stat: 8, sacks allowed by Northwestern, as the Wildcat QB tandem of Dan Persa and Kain Colter often were on the run.

Sneak peek to 2012: The offense figures to again be explosive with players like QB Kain Colter back. The versatile Colter figures to be get better as a passer working full-time under center And he will have a good target in Demetrius Fields but will miss TE Drake Dunsmore and WR Jeremy Ebert. The line also will have three starters back for an offense that needs to find more consistent production at running back. The bigger issue for Northwestern will be tightening a defense that sprung many leaks this season.