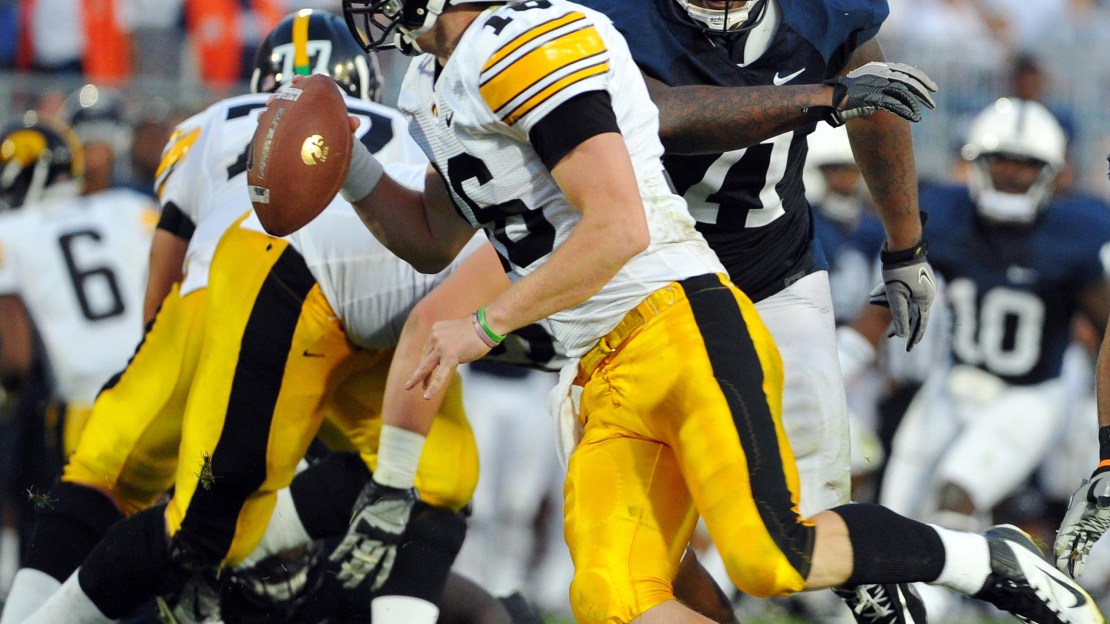 For the second consecutive season, Kirk Ferentz and Iowa are headed back to the Insight Bowl. A season ago, the Hawkeyes upset Missouri in Tempe, Ariz., and now they will try to do the same against Oklahoma on December 30. BTN.com senior writer Tom Dienhart breaks down the game, gives his keys and offers his prediction. See it all in this post. Also, view our entire 2011-12 bowl schedule.

Storyline: Iowa is back in the Insight Bowl for a second season in a row looking for a chance to end a somewhat disappointing 2011 on an uptick. The Hawkeyes, who have won three bowls in a row, were just 4-4 in league action and never won more than two games in succession. Even worse, there was a loss to rival Iowa State and a defeat to Minnesota for a second season in a row. Iowa will meet an Oklahoma team that may lack motivation. This is a Sooner squad that entered 2011 with national title hopes. Now, it?s finishing in a lesser bowl. But each coach has lots of pride and is considered among the best in the nation. In fact, Iowa?s Kirk Ferentz and Oklahoma?s Bob Stoops are good friends who share the same agent (Neil Cornrich).

Player on the spot: Iowa received a big blow when star sophomore RB Marcus Coker was suspended on December 20 for breaking team rules. He was the team?s one sure thing at running back, the quintessential workhorse who paced the Big Ten with 281 carries and ranked second in the league in rushing with 1,417 yards (115.3 ypg). Now, Iowa will turn to unproven commodities in Jordan Canzeri, De?Andre Johnson and Jason White, who have a combined 30 carries for 147 yards.

Best individual matchup: Iowa CB Shaun Prater vs. Oklahoma WR Kenny Stills. Stills has 58 catches for 818 yards and eight touchdowns. And he must be a star with Ryan Broyles (83 catches for 1,157 yards and 10 touchdowns) out with a knee injury and Jaz Reynolds (41 grabs for 715 yards and five scores) out with a kidney injury. Prater doesn?t back down from anyone, but he would benefit from a pass rush that has struggled to get pressure in ranking eighth in the Big Ten in sacks.

Best unit matchup: Iowa offensive line vs. Oklahoma front seven. Yes, the Sooners were gashed by Missouri (241 yards rushing) and Oklahoma State (278). But for the most part, Oklahoma played pretty well vs. the rush, with E Frank Alexander leading the way. If the Sooners can mute Coker, they can come after Iowa?s passing game with pressure to help a suspect OU secondary.

Fast fact: The last time Iowa played Oklahoma was 1979, when Bob Stoops roamed the Iowa secondary for a Hawkeye team that lost to the Sooners, 21-6

Three reasons for optimism
1. QB James Vandenberg. The junior could thrive vs. a Sooner pass defense that ranks 83rd in the nation. Vandenberg has thrown for 2,806 yards and 23 touchdowns with six picks in his first season as a starter. Yes, he has had spats of inconsistency, but for the most part Vandenberg has been a big asset for Iowa and could be in store for a big game. And he has two great targets in senior Marvin McNutt and junior Keenan Davis to help his cause. In fact, McNutt was named the top receiver in the Big Ten after making 78 catches for 1,269 yards and 12 touchdowns, as he will leave campus as the school?s best receiver ever.

2. Oklahoma?s rushing game. It isn?t very good, ranking 49th in the nation (167.0 ypg). The Sooners lost top RB Dominique Whaley to a season-ending broken ankle in October and lack any scary options in the backfield with Roy Finch now carrying the load. And that?s good news for an Iowa defense that lacks consistency.

3. Iowa secondary. It?s a veteran unit led by the strong corner tandem of senior Shaun Prater and junior Micah Hyde. And the safety duo of senior Jordan Bernstine and sophomore Tanner Miller has shown development. This group could have success vs. a prolific Sooner aerial attack that will be without Ryan Broyles, the all-time NCAA leader in receptions, and Jaz Reynolds but still will have Kenny Stills.

Three reasons to worry
1. Iowa?s run defense. It has been leaky for most of the season, ranking 64th in the nation (159.5 ypg). Sophomore LBs James Morris and Christian Kirksey, who each had over 100 tackles, must have big games. But the good news for the Hawkeyes is Oklahoma?s ground game lacks oomph. Still, Iowa must stuff it so it can get after Oklahoma QB Landry Jones.

2. QB Landry Jones. The guy is one of the top passers in the nation, throwing for 4,302 yards with 28 touchdowns-but he has tossed 14 picks. Yes, he has lost WR Ryan Broyles to a season-ending injury, but Jones still has a lot good targets, including Kenny Stills and Jaz Reynolds, for a Sooner aerial attack that ranks fourth in the nation (365.1 ypg). Conversely, Iowa?s defense is 66th in the nation defending the pass (228.1 ypg). Hawkeye junior CB Micah Hyde and sophomore S Tanner Miller need to be on their games.

3. Motivation. Does Iowa wanna be here? The Hawkeyes were in this venue last year, so they certainly had bigger goals in 2011 that weren?t met. In fact, Iowa was in the thick of the Legends Division race into November before losing two of its last three games.