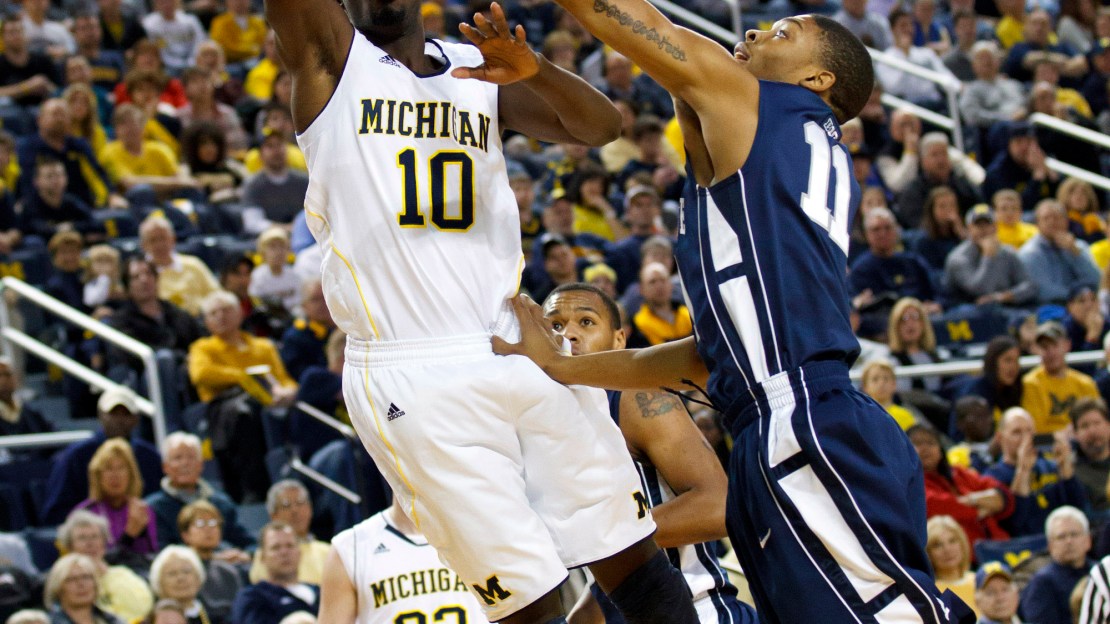 (AP) Tim Hardaway Jr. scored 26 points, and freshman Trey Burke added 13 points and seven assists to lead No. 18 Michigan over Penn State 71-53 on Thursday night in the Big Ten opener for both teams. Evan Smotrycz chipped in 10 points and 10 rebounds for the Wolverines (11-2, 1-0), who have won six straight since losing to Virginia in the Big Ten/ACC Challenge. Michigan won its conference opener for the first time in coach John Beilein's five seasons. Tim Frazier had 20 points and four assists for Penn State (8-6, 0-1). Read the full AP recap and see the box score.

FINAL: Tim Hardaway Jr. scored 26 points and Evan Smotrycz added 10 points and 10 boards as they teamed up to lead No. 16 Michigan to a 71-53 victory over Penn State on Thursday at Crisler Arena in Ann Arbor. Hardaway Jr. gave Michigan (11-2) a boost, thanks to 11-of-18 shooting from the field. The Wolverines had 16 assists on 25 baskets. More Michigan scoring came from Trey Burke, who put up 13 points. Tim Frazier scored 20 points for Penn State (8-6) in the game. The Nittany Lions struggled from the floor, shooting 39 percent (21-of-54). Michigan was winning 23-17 in the first before it went on a 13-3 run to extend its lead to 16 points late in the first. Hardaway Jr. finished the run off with a field goal, which helped Michigan lead 36-22 at halftime. The Wolverines had an advantage from the free throw line due to shooting 87 percent (13-of-15) from the charity stripe compared to 58 percent (7-of-12) for Penn State. The victory extends Michigan's winning streak to six games.

HALFTIME: Evan Smotrycz has seven points and seven rebounds to lead No. 16 Michigan to a 36-22 lead over Penn State after 20 minutes. Trailing early in the game, the Wolverines used a 9-0 run to blow past the Nittany Lions and take a 11-5 lead. Michigan has been effective inside, making 11-of-17 two-point field goals, but the Wolverines have struggled on the perimeter, shooting 20 percent (3-of-15) from three-point range. Penn State's Tim Frazier already has 10 points.