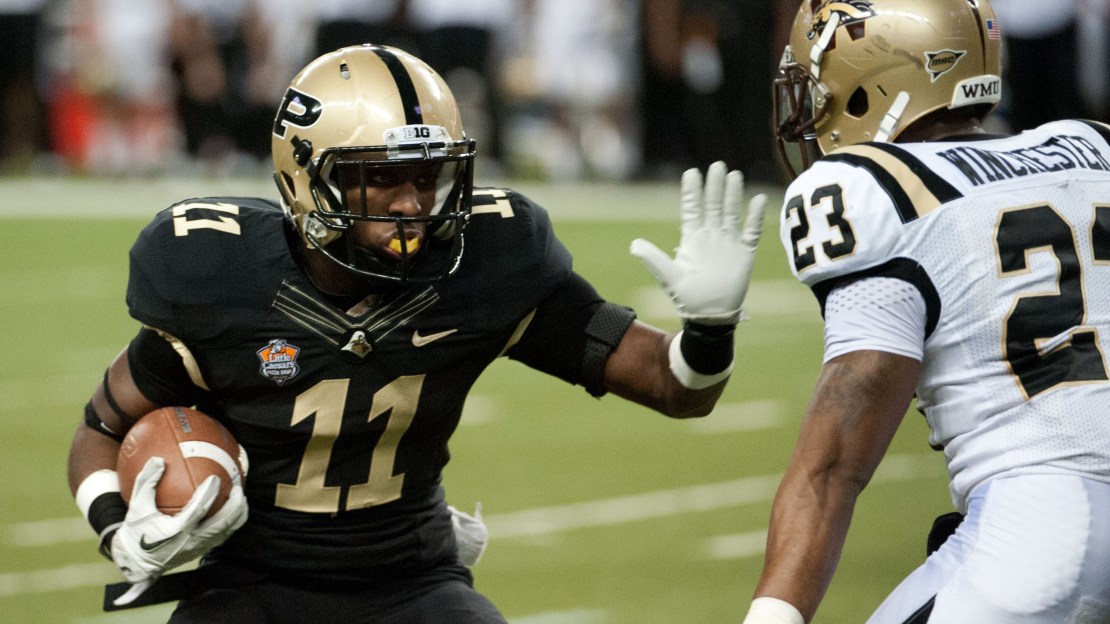 Purdue got the Big Ten off to a good start in the conference's first of a record 10 bowl games, holding off Western Michigan 37-32 in the Little Caesars Bowl on Tuesday. The win marked Purdue's first bowl win under Danny Hope and its first since winning the 2007 Motor City Bowl. See what BTN.com senior writer Tom Dienhart learned from the Little Caesars Bowl and check out our entire bowl schedule.

WHAT I LEARNED
1. Purdue didn?t miss RB Ralph Bolden. The team?s leading rusher missed the game with a knee injury, the third of his career. But the Boilermakers still rushed with aplomb behind JC transfer Akeem Shavers. The lithe speedster ran 22 times for 149 yards to lead a ground game that notched 266 yards. Prior to this contest, Shavers? season-high was 75 yards vs. FCS Southeast Missouri State in September. The Boilers entered the game sixth in the Big Ten in rushing (174.7 ypg). The ground game helped keep the prolific Western Michigan offense on the sideline for extended stretches, which was key for a Purdue defense that couldn?t stop WMU WR Jordan White (13 catches, 265 yards).

2. The Boilermakers? special teams were as good as advertised. Raheem Mostert ran back a kickoff 99 yards for a touchdown. He entered the game No. 1 in the Big Ten and No. 6 in the nation with a 31.0-yard average. Not bad for a true freshman. Want more? The Boilermakers recovered two onside kicks, and K Carson Wiggs booted three field goals. Without those contributions, Purdue most likely would have lost the game.

3. This was a win Purdue really needed. It allowed the Boilermakers to finish 7-6, their first winning record since the school capped an 8-5 season in 2007 with a victory in this bowl (then the Motor City) over Central Michigan-Purdue?s last bowl appearance. In that game, the Boilers used a potent air game led by QB Curtis Painter to total 546 passing yards with just 41 on the ground. Purdue needed a field goal as time expired to take a 51-48 triumph. Finally, Danny Hope?s program has momentum, as this was Purdue?s second victory in a row and third in four games.

Key moment: Purdue clung to a 37-32 lead and needed one more stop after punting to Western Michigan with just over two minutes left. That?s when Boilermaker DE Ryan Russell sacked Bronco QB Alex Carder and forced a fumble that was recovered by DT Bruce Gaston. Purdue then ran out the clock.

Sneak peek to 2012: Danny Hope is on a roll, signing a two-year contract extension last week and now notching Purdue?s first bowl victory since 2007. The Boilermakers welcome back lots of talent, including quarterbacks Caleb TerBush and Rob Henry (preseason knee injury) on offense and stars like T Kawann Short and CB Ricardo Allen on defense. And for once, the football gods have to favor Hope, right? His first three seasons have been highlighted by injuries to key offensive players. What could Hope?s teams do without being wracked by injuries? We may finally find out in 2012.