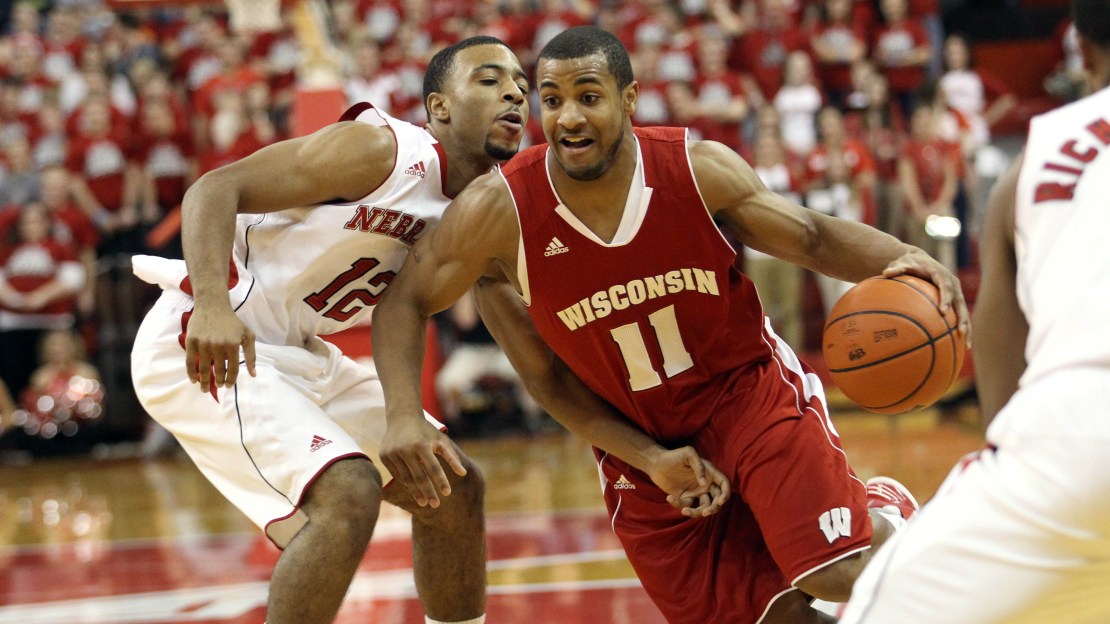 (AP) Ryan Evans scored a career-high 22 points and No. 11 Wisconsin defeated injury-plagued Nebraska 64-40 in the Cornhuskers' inaugural Big Ten game Tuesday night. The Huskers closed within five points early in the second half, but the Badgers went on a 27-5 run to put the game out of reach. Jordan Taylor added 15 points as the Badgers (12-2, 1-0) won their ninth consecutive Big Ten opener. Toney McCray led the Huskers (8-4, 0-1) with 16 points and nine rebounds. Read the full AP recap, view the box score and check out our Big Ten scoreboard.

FINAL: Ryan Evans scored 22 points and grabbed six rebounds to lift No. 11 Wisconsin to a 64-40 win over Nebraska on Tuesday at Bob Devaney Sports Center in Lincoln. Evans and Jordan Taylor both had solid performances for Wisconsin (12-2). Evans made 9-of-11 shots from the floor. Taylor had 15 points and contributed seven assists. Scoring that few points is rare for Nebraska (8-4), a team that came in averaging 66.8 points per game this season. The Badgers held the Cornhuskers to 31 percent shooting from the field, hauled in 25 defensive boards, while only allowing eight offensive rebounds, and just nine free throw attempts. Wisconsin hit 51 percent of its field goals (24-of-47). The Badgers were hot from long range, hitting 11-of-21 threes for a 52 percent night from beyond the arc. Toney McCray contributed 16 points and pulled down seven rebounds for Nebraska in the game. Winning the battle on the boards was crucial for Wisconsin as it grabbed 30 rebounds to 24 for the Cornhuskers. With the win, the Badgers extend their winning streak to six games.

HALFTIME: Ryan Evans scored 13 points for No. 11 Wisconsin in the first half to carry the Badgers to a 33-26 lead over Nebraska. The Cornhuskers led 10-5 when Wisconsin went on a 13-0 run to take a 18-10 lead. The Badgers were able to put the clamps on Nebraska's leading scorer, Bo Spencer. With zero points, the senior will need a strong second half to get to his usual level of production (16 points per game). Wisconsin has been able to make the most of its chances from long range, hitting at a 56 percent clip (5-of-9). The Cornhuskers' Toney McCray had a big first half, with 14 points.