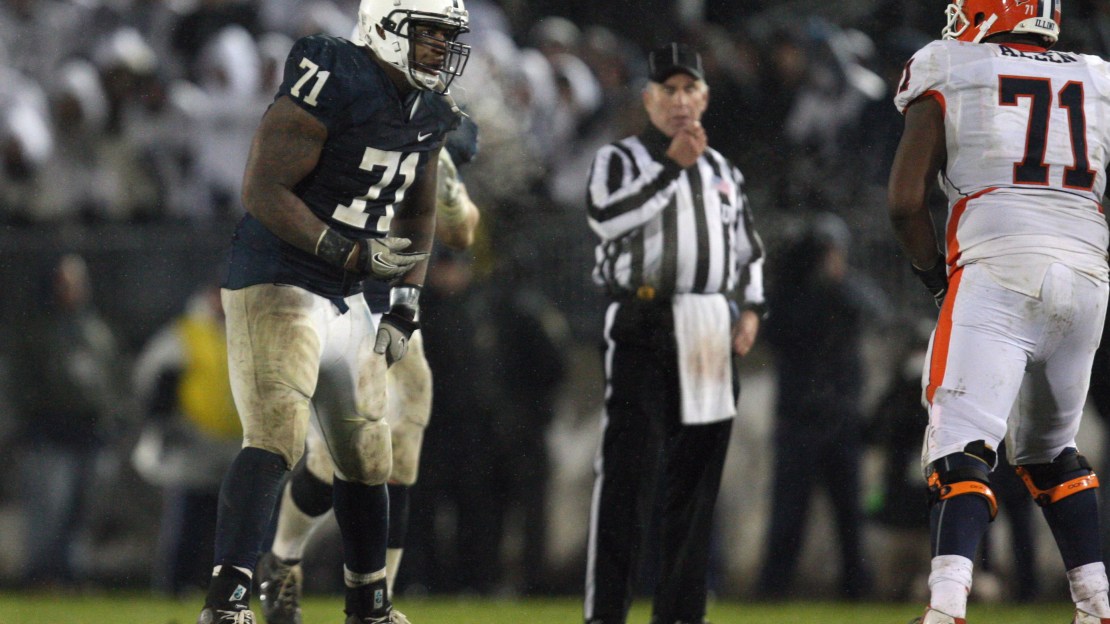 BTN.com senior writer Tom Dienhart spent the season covering Big Ten football, and now it?s time for his team-by-team season recaps. Every day, Dienhart will post a recap for each Big Ten school, in alphabetical order. Up next: Penn State. Watch our video from the Nittany Lions' narrow victory over Illinois now and read Dienhart?s season recap in this post. Coming up: The rest of the Big Ten in Purdue and Wisconsin. Read all the one?s we?ve posted so far on our Season in Review page.

Season recap: Any on-field accomplishments have been overshadowed by a sensational and heinous child sex-abuse scandal that over took the campus and cost Joe Paterno and his bosses their jobs. The Nittany Lions did their best to stay focused behind interim head coach Tom Bradley, finishing with one of the best records in the Big Ten behind the play of a strong defense that allowed a league-low 15.7 points per game. Had the passing game been better and fewer turnovers committed (22, second most in the Big Ten), Penn State may have won the Leaders Division.

High point: A 10-7 win at home over Illinois on October 29 made Joe Paterno the winningest coach in FBS history. And the victory was the Nittany Lions? seventh in a row, pushing them firmly in control of the Leaders Division. But the season was shaken to its core soon thereafter with news of a salacious child sex-abuse case that shocked the nation and forever stained Paterno and Penn State.

Low point: With a chance to win the Leaders Division and advance to the Big Ten title game, Penn State was mauled at Wisconsin, 45-7, in the season finale. And the Nittany Lions dropped like a rock in the bowl selection process because of the child sexual abuse scandal that made this a season history never will forget for all the wrong reasons.

Offensive MVP: RB Silas Redd. He was the one beacon of consistency on a middling offense that ranked 10th in the Big Ten (345.4 ypg). Redd finished fourth in the Big Ten in rushing (99.0 ypg), carrying 230 times for 1,188 yards and seven touchdowns.

Defensive MVP: DT Devon Still. There were a lot of good defenders, including LB Gerald Hodges, DE Jack Crawford and S Nick Sukay. But the big fella was a force inside for one of the Big Ten?s top defenses, ranking third in the league in tackles for loss. Still also had 4.5 sacks.