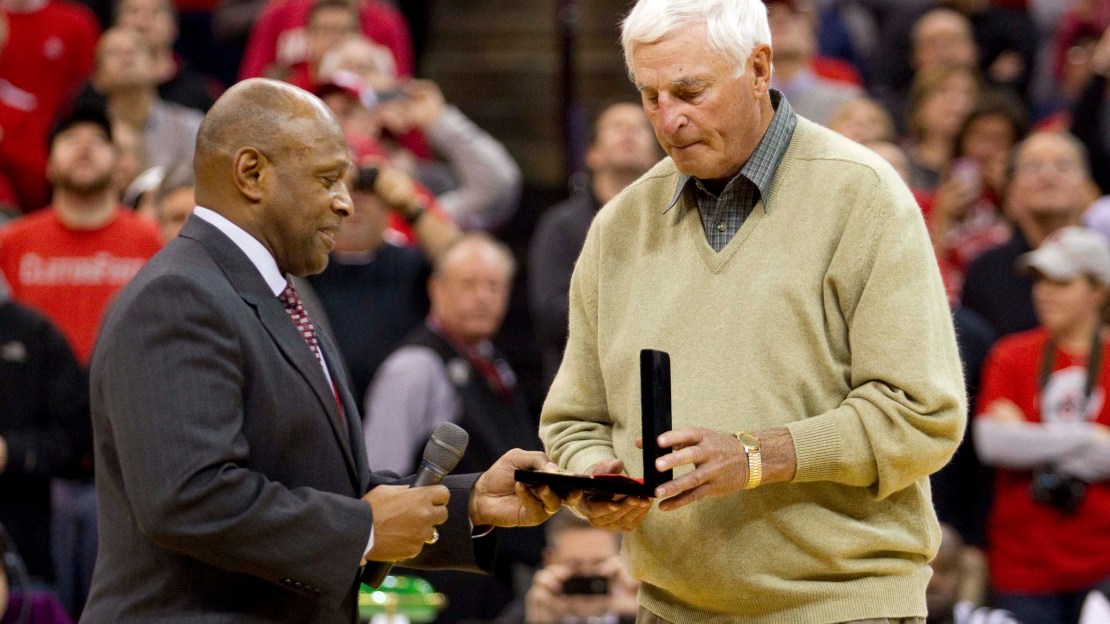 During halftime of Tuesday night's Lamar-Ohio State game, the Buckeyes honored Bob Knight, a member of the school's 1960 national championship team, with a University Ambassador Medal. The festivities opened with a video tribute that featured a quick montage and Mike Krzyzewski congratulating him on the honor, then two-time Heisman Trophy winner Archie Griffin presented him with the medal. Finally, Knight gave a speech, which you can watch now.

As a coach, Knight won a then-record 902 NCAA Division I men's college basketball games, which is now second all-time to the aforementioned Krzyzewski. Knight will be inducted into the National Collegiate Basketball Hall of Fame in Kansas City next month.