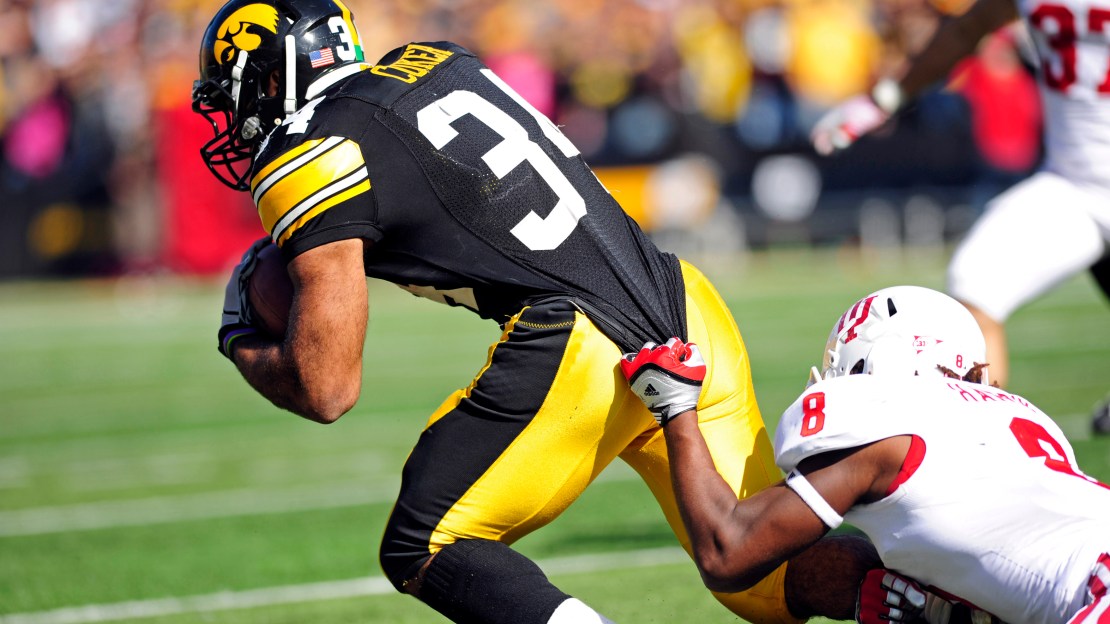 Iowa star running back Marcus Coker has been suspended for the Insight Bowl for disciplinary reasons, the school announced Tuesday afternoon. According to the school, the issue involves University of Iowa policies and has resulted in Coker being in violation of the UI Student-Athlete Code of Conduct.

Losing Coker is a big blow for Iowa as it preps to play Oklahoma on December 30. The sophomore was second in the Big Ten in rushing with 1,384 yards (115.3 ypg) and 15 touchdowns. The 6-0, 230-pound back was a bruising runner who moved the chains. He also was a workhorse, pacing the Big Ten with 281 carries. Coker was the cog who made the Iowa offense go, opening room in passing game for quarterback James Vandenberg.

Now, Vandenberg likely will have to have a huge game, hooking up often with wideout Marvin McNutt for the Hawkeyes to have any chance to beat the Sooners.

Running back is a spot that the Hawkeyes lacked depth even with Coker. Iowa already is without 6-0, 215-pound freshman Mika?il McCall, who was suspended for the season in November after breaking a team rule.

With Canzeri still nursing a hamstring injury, Coker?s backups are Jason White and De?Andre Johnson, who have combined for 21 carries and 91 yards.