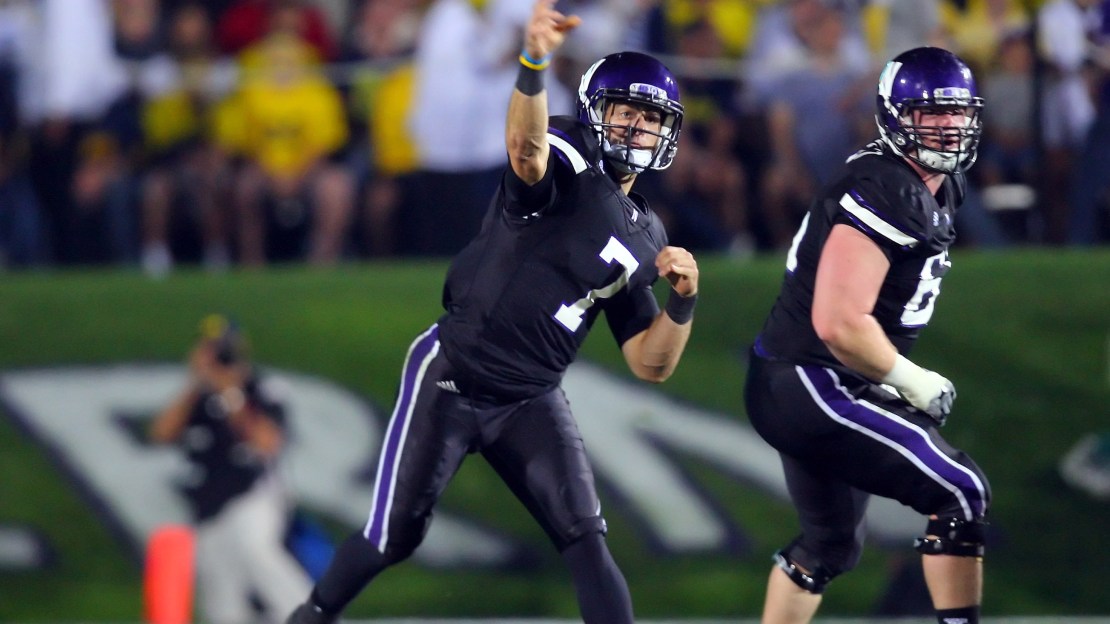 BTN.com senior writer Tom Dienhart spent the season covering Big Ten football, and now it?s time for his team-by-team season recaps. Every day, Dienhart will post a recap for each Big Ten school, in alphabetical order. Up next: Northwestern. Watch our video from the Wildcats' upset win at Nebraska now and read Dienhart?s season recap in this post. And look back at recaps for Illinois, Indiana, Iowa, and Michigan, Michigan State, Minnesota, and Nebraska here, then get ready for Ohio State coming up.

Season recap: Another success, as Northwestern advanced to a bowl for a school-record fourth season in a row. But if the defense had played better, the Wildcats? fortunes would have been even better. As it was, Northwestern had the No. 11 defense in the conference (407.6 ypg), especially struggling vs. the pass in ranking 11th in the Big Ten (222.2 ypg). The lowest sack total in the Big Ten didn?t help. And NU was 11th in tackles for loss.

High point: The Wildcats saved their season with a four-game winning skein that followed a five-game skid. The highlight of the season-saving run was a stunning 28-25 victory at No. 9 Nebraska. Backup QB and full-time WR Kain Colter, who emerged as one of the most versatile weapons in the Big Ten, was the hero. He came on in the second half for an injured Dan Persa (shoulder) and engineered the school?s first triumph over a top-10 team in two years. Colter ran for two scores and passed for another.

Low point: A 34-24 loss vs. Penn State on October 22 was the fifth in a row for Northwestern, dropping the Wildcats to 2-5. Bowl hopes looked to be in peril. The defense was floundering, allowing 34 or more points in four of the losses.

Offensive MVP: QB Dan Persa. He was slow to recover from the effects of an Achilles? injury from 2010. But when he finally got on track, Persa was a star. He led the Big Ten with 21.4 completions per game and ranked second in efficiency, throwing for 2,163 yards and 17 touchdowns with seven picks. He wasn?t as effective as a runner, but still was a star.

Defensive MVP: S Brian Peters. A first-team All-Big Ten choice by the media, Peters was a quarterback in the secondary. In addition to directing traffic, the savvy Peters was a playmaker who ranked second on the team in tackles with 41 and broke up a team-high eight passes.