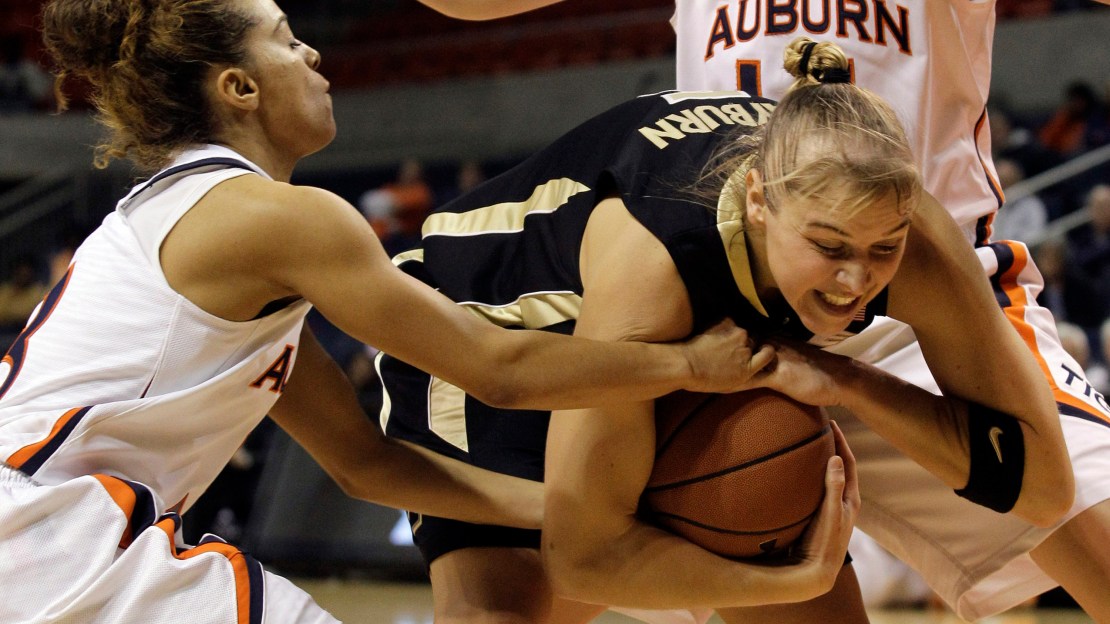 A quartet of Big Ten women's hoops teams were in action Sunday, including No. 16 Penn State, No. 22 Purdue and No. 25 Nebraska. The Nittany Lions walloped Wagner, 103-42, behind 23 points apiece from Alex Bentley and Maggie Lucas. Catch up on all the action on our Big Ten scoreboard and get stats and recaps in this post.

(AP) Alex Bentley and Maggie Lucas each scored 23 points to lead No. 16 Penn State to a 103-42 victory over Wagner on Sunday. The Lady Lions (9-2) got off to a slow start, then put together a 33-3 run to take a 35-10 lead. Lucas capped the run with two free throws and had 18 points in the first half. The Lady Lions held Wagner to 16 percent shooting in the first half and led 57-19 at the break, overwhelming the Seahawks with their athleticism. Penn State forced 24 turnovers and had 12 steals.

(AP) Alex Guyton scored a career-high 19 points and No. 22 Purdue hit its free throws late in the game to hold on for a 62-54 win over Auburn on Sunday. After trailing by as many as 12 points in the second half, Auburn (6-3) cut the deficit to four with 4:41 to go but couldn't get any closer. The Boilermakers hit eight of their nine free throws in the final 4 minutes to seal it. Senior guard Brittany Rayburn, Purdue's leading scorer, came off the bench for the first time since her sophomore season and scored 15 points for the Boilermakers (8-3).

(AP) Jordan Hooper scored 21 points and No. 25 Nebraska broke away in the second half to beat Vermont 94-41 Sunday. The Cornhuskers (10-1) led by 13 points at the break. They opened the second half with a 23-1 run, scoring seven points in the first 49 seconds. The Catamounts (6-4) did not have a second-half basket until Nikki Taylor's layup with 13:10 remaining. They made just 4 of 33 shots in the period.

Junior Kendall Hackney turned in a 22-point effort, her fourth-straight 20-point game, to lead Northwestern to a 79-49 victory over UNLV Sunday evening as part of the BTI Invitational in Las Vegas. Morgan Jones, Dannielle Diamant and Alex Cohen joined Hackney in double figures as the Wildcats improve to 9-1 on the year.