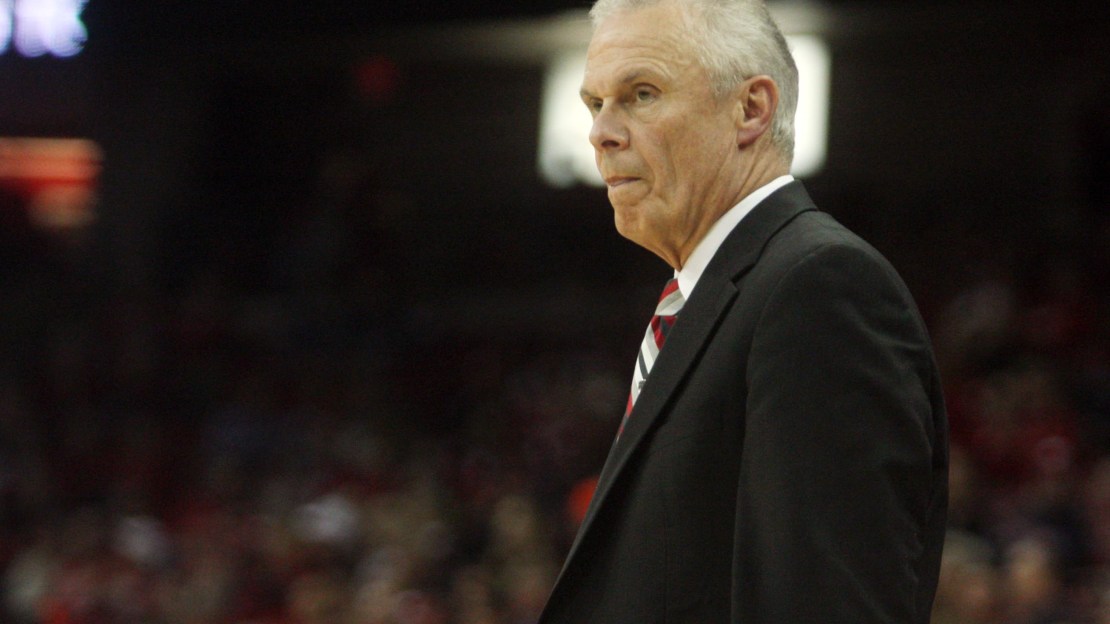 Normally this space is reserved for agonizing over the numbers, details, and minutiae of the Big Ten. Today, I?m instead going to focus criticism on Shane Ryan?s criticism of Bo Ryan, Wisconsin, and slow basketball in general. I?ll leave it to John Gasaway to put to bed the ridiculous notion that pacing a basketball game at 60 possessions instead of 65 possessions means the demise of Dr. Naismith?s gift. Instead I?ll focus on Shane Ryan?s apparent insight into the workings of Bo Ryan?s mind (the Ryans are not related so I?ll henceforth refer to the coach as "Bo" to avoid confusion). Ryan?s telepathy informs us that Wisconsin plays slow in order to "neutralize talent."  Specifically, Bo wants to "limit opportunities" and avoid "a fair fight, because he knows he?d lose."

But before we get into all of that, let?s dispense with additional premises that Ryan offers. First, he argues that by playing slow offensive style, Wisconsin actually encourages offensive mistakes by the other team. The theory is that the opponent is so "preoccupied" that they actually wear down and presumably fatigued into these mistakes.

Ryan actually uses numbers quite a bit in his piece, but only when they corroborate the story he wants to tell, which is why I suspect he didn?t mention numbers to support this point. Of all the things the Badgers do well, forcing turnovers is not one of them. To wit, they ranked 322nd in Division I in getting opponents to cough up the basketball last year. Whatever fatigue opponents are suffering while playing this "boring" style of basketball, it?s not causing a disproportionate amount of mistakes while they?re trying to score.

The second point Ryan makes as to exactly how the Badgers impose their will onto other teams is that "it?s much easier to slow a game down than to speed it up." This is demonstrably false. If a team really wants to speed a game up, all they have to do is allow the other team to score at will, and throw the ball out of bounds immediately upon regaining possession. Do that, and we could be in for a 250-possession treat! Conversely, if you want to slow a game down, it requires that you take at least some care of the ball, something five opposing players are trying to disrupt. And there?s also a shot clock.

The truth is that both teams in any game have an equal impact on the game?s tempo. So while last year?s 64-possession affair was one of UNLV?s slowest games of the Rebels' season, it was Wisconsin?s second-fastest. Neither team was within its comfort zone. Sure, teams will lean one way or another for given contests, but on the whole, you?ll find that he who holds the basketball controls the tempo. And because "make it, take it" is a game best left to the driveway, there?s no inherent tempo-trumping advantage to slower teams.

Now let?s move on to Ryan?s main premise, which is roughly that Bo wants to slow the game down, because he knows he doesn?t have as much talent as other teams, and by shortening the game he increases his chances of pulling off the relative "upset." This actually sounds completely plausible on the surface, so plausible in fact that Dean Oliver once wrote something along the same lines.

But it?s not true. Underdogs that slow the game down don?t do themselves any favors in March. The data doesn?t tell us why that?s the case, unfortunately, so we?re left to guess. My pet theory, to quote Darrell Royal, is that it?s better to "dance with the one that brung ya."  Rather than try and play games with the pace, underdogs should instead focus on playing their game of basketball–the basketball they?ve been practicing for months. If that results in an extra possession or two, fine. It?s better to deal with decreasing variances than an unfamiliar style.

But, maybe Bo isn?t aware of this research and he?s nonetheless trying to spring upsets through possession minimization. Though, if that were the case, then why the heck did his Badgers walk through a 33-point beatdown of Savannah State last night in 52 possessions? Say what you will about the caliber of Wisconsin recruits, but they?re clearly a notch above those you?ll find in the MEAC. By playing so slow, Bo actually gave away his secret weapon to the other team (this is ultimately where the gaps in Ryan?s telepathy skills begin to show).

And finally, there are the subtle (Bo is not trying to "prove Wisconsin?s superior ability") and not so subtle (in regards to recruiting, "I?m not even sure [Bo]?s trying") jabs at Wisconsin?s players. Maybe it?s because they play slow, or because the point guard?s been compared to Carlton, or because the recruits hail from weird-sounding locations (Sheboygan, Eau Claire, Oshkosh), but these guys are plenty good. Good coaches matter, but there?s no way around securing talent if you want to win the way Wisconsin has over the past decade.

I understand that Wisconsin?s brand of basketball isn?t for everyone (more for me!), and that?s fine. But not only is Bo Ryan not destroying the game, but the slow pace isn?t some devious scheme to upset better opponents. The Badgers have been too good for too long to chalk it up to a parlor trick.