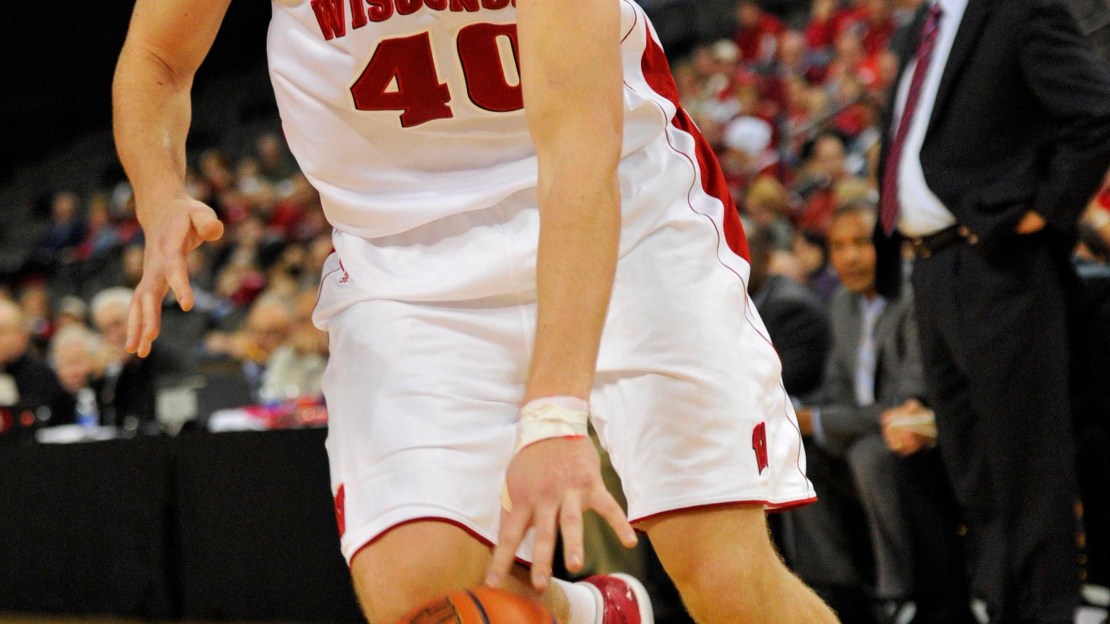 BTN analyst Jim Jackson talked one-on-one with his son Traevon who is a freshman on the Wisconsin basketball team as the elder Jackson was in Madison calling Thursday night's game. No. 15 Wisconsin used stingy defense to defeat Savannah State 66-33 while in the other game Northwestern topped Texas Southern 81-51, thanks in part to hitting 13-of-30 threes for a 43 percent night. Jump inside for recaps, stats and video highlights.

FINAL: No. 15 Wisconsin used stingy defense to defeat Savannah State 66-33 on Thursday at the Kohl Center in Madison. Wisconsin (10-2) held Savannah State (4-8) well below its season average of 61.3 points per game in the victory. The Badgers held the Tigers to 33 percent shooting from the field, hauled in 20 defensive boards, while only allowing 11 offensive rebounds, and just five free throw attempts. Jared Berggren picked up the offensive burden for Wisconsin, finishing with 13 points and 5-of-8 shooting from the field. The Badgers shot 56 percent from the field (25-of-45). Wisconsin also got double-digit games from Jordan Taylor, who added 12, Ryan Evans, who contributed 12 points, and Josh Gasser, who had 10. The Badgers never trailed in the game. Wisconsin's largest lead was 34, which came with 2:13 to go.

HALFTIME: No. 15 Wisconsin has locked down Savannah State's offense and leads 32-14 at halftime. The Badgers led from the start and led by as many as 20 points. Wisconsin has been able to keep the Tigers' leading scorer, Rashad Hassan, under control thus far. With two points, the junior will need a strong second half to get to his usual level of production (13 points per game). The Badgers' Jared Berggren had a big first half, with 11 points. Savannah State's Christopher Spears' big game so far includes two points.

FINAL: Behind accurate shooting and targeted passing, Northwestern topped Texas Southern 81-51 on Thursday at Welsh-Ryan Arena in Evanston. Northwestern (8-1) shot 50 percent from the field (29-of-58). The Wildcats were hot from long range, hitting 13-of-30 threes for a 43 percent night from beyond the arc. John Shurna carried the offensive load for Northwestern, finishing with 20 points, 6-of-10 shooting from the field, and 5-of-7 shooting from beyond the arc. The Wildcats were able to carry momentum into the break and sustain it to start the second half. Northwestern led 32-20 with 2:33 left in the first half before it widened the margin to 26 points with a 16-2 run that ended with 17:14 in the game. The Wildcats also got double-digit contributions from Drew Crawford, who had 17 points, Dave Sobolewski, who scored 15, and JerShon Cobb, who scored 10 points. Texas Southern (1-7) had trouble finding its touch, shooting just 37 percent (17-of-46) from the field. Northwestern never trailed in the game. The Wildcats' largest lead was 32, which came with 1:41 to go. With the loss, the Tigers extends their losing streak to six games.

HALFTIME: Northwestern has locked down Texas Southern's offense and leads 41-20 at halftime. The Wildcats held a 32-20 lead before breaking out for a 9-0 run to close the half. An aggressive offense and the ability to get to the charity stripe allowed Northwestern to take a halftime lead. The Wildcats made 17 of 17 free throws. Northwestern led by as many as 21 points in the first half and never trailed. The game was tied before the Tigers went into a funk, going the next 4:51 without scoring, and allowing the Wildcats to take a 23-3 lead in the first. Seven Northwestern players have scored. Northwestern has been able to keep Texas Southern's leading scorer, Omar Strong, under control thus far. The junior enters halftime with three points, well below his season average of 13. Drew Crawford led the way for the Wildcats in the first half, with 11 points. The Tigers' Madarious Gibbs already has six points.