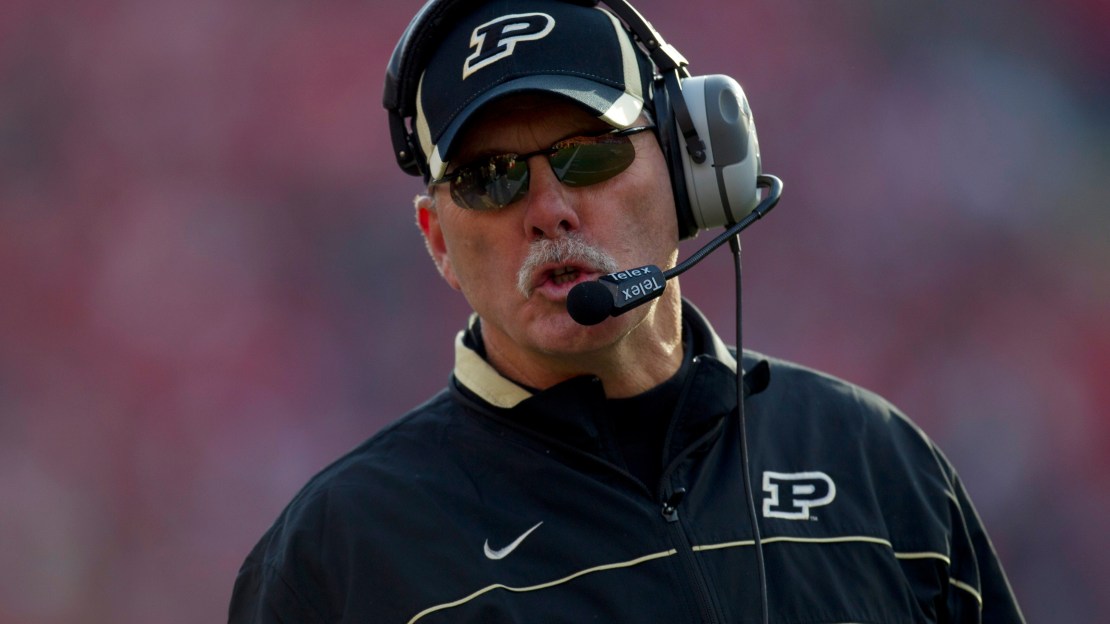 Purdue athletic director Morgan Burke said on Wednesday that he will talk about extending Danny Hope?s contract after the season. Hope has three years left on his deal, which calls for a review by Dec. 31.

"I haven't had a chance to sit down with him and talk about his view of the season, what he liked, what he didn't like, what his plans are," Burke told the Journal and Courier in Lafayette, Indiana (read the full story here). "I'm not going to do a guy's personnel review in the newspaper. That's not fair.

"Let the season get done and we'll have an opportunity to sit down. If I tell you we're going to work something out … the implication is if we don't do anything in 24 hours, there's something wrong."

Hope just finished his third season in West Lafayette, holding a 15-21 mark. He has the Boilermakers in a bowl for the first time since 2007, guiding Purdue to a 6-6 record and spot in the Little Caesar?s Bowl against Western Michigan.

As I wrote last week, maintaining a four- or five-year cushion in a contract isn?t necessary, but it?s a desirable situation for coaches who want to show recruits they have long-term viability. Hope has even said so.

Goldandblack.com had a little more on this, too.

"He is on a long-term contract," Burke said. "At the end of the day, this is the hardest-working head coach when it comes to recruiting that I have ever seen. I haven't seen him. He was at practice yesterday, but he's gone again today. I can't sit down with him.

"Every time we sit down at the end of the year, that has led us to a lot of the things. I want to sit down with him at the end of the year and have that opportunity. He is under a long-term contract, and you can say to yourself that it is only three years and recruits are looking for five, but what are they saying (right now) at Kansas (where the Jayhawks fired Turner Gill after two years)?

'We will get something worked out."