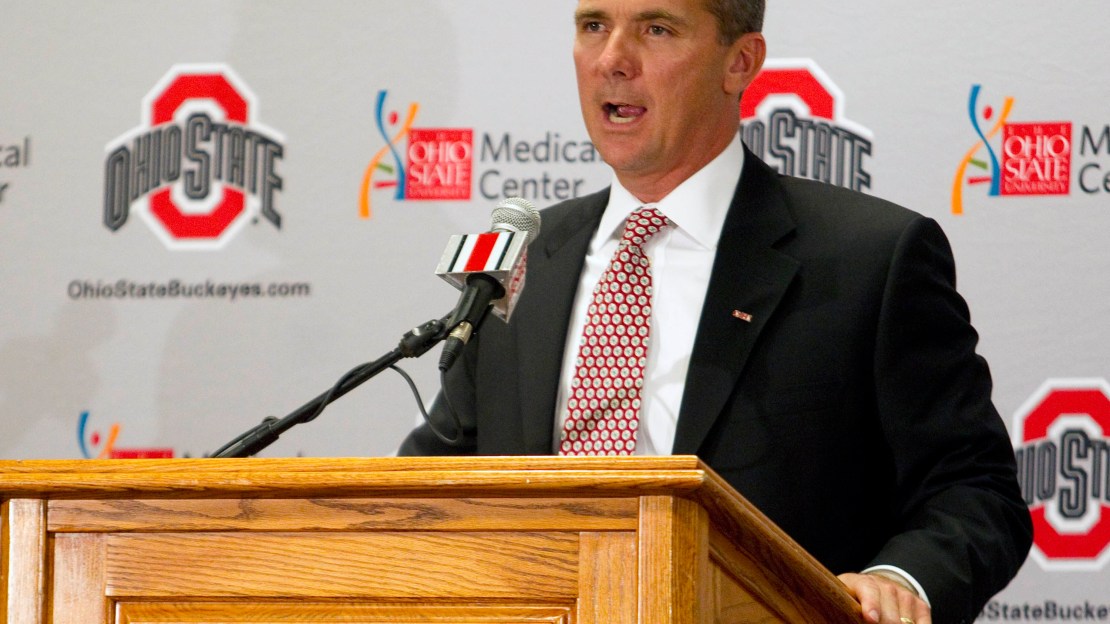 You have questions, I have answers in my weekly mailbag. It seems many of you are obsessing about new Ohio State coach Urban Meyer. I answer questions about the new Buckeye boss and others, including a look into Iowa?s prospects of someday getting back to the Rose Bowl.

It seems like Urban Meyer may be looking to surround himself at Ohio State with assistant coaches who previously served as head coaches elsewhere. Is this his new way of delegating, and could it be successful? -Carson

Meyer has retained Luke Fickell, who was Ohio State interim head coach in 2011. He will hire Everett Withers, who is North Carolina?s interim head coach this season. I am not aware of any other former head coaches that Meyer is pursuing. I like the approach of hiring a few assistants who have sat in the head coaches? chair. They can serve as sounding boards, but it?s not like Fickell and Withers have extensive experience.

As for the rest of the staff thus far, Meyer has said he will retain assistants Taver Johnson and Stan Drayton. Meyer also has hired Todd Herman from Iowa State to serve as offensive coordinator and quarterbacks coach.

But I suspect Meyer will hire some more "veteran" assistants when he fills out this staff, as he lacks any "graybeards" to this point.

How come Urban Meyer and OSU are being allowed to hire an extra coach to recruit while no other Big Ten school has ever been given this exception? And will the Big Ten keep OSU and Meyer from over signing recruits as they commonly do in the SEC? Finally, will Meyer be allowed to break the gentleman's agreement and actively poach committed players from other Big 10 schools? -David Hartwig

According to Ohio State athletic director Gene Smith, having split staffs is "normal in some transitions." The school asked for and received NCAA OK to exceed the limit of coaches on staff through the bowl game. Good for the Buckeyes.
The waiver specifies that no more than 10 coaches–and no more than seven at any one time–may be involved in recruiting. But some feel it is an unfair advantage for the Buckeyes. Ohio State disagrees.

"We have only one coach who is not coaching–and that's Coach Meyer," Smith told the Associated Press. "We don't have a whole new staff out their recruiting. Keep in mind, the guys we have recruiting are also coaching."

There is talk Illinois may try to get a similar exemption. Stay tuned.

As for over signing, the Big Ten doesn?t allow it, so don?t fret.

And Ohio State already has flipped the commitments on a few players, so if there is a "gentleman?s agreement," it?s out the window. But I?m not sure such an agreement ever existed, anyway. Meyer may bring a new intensity to Big Ten recruiting from his SEC days. Bottom line: competition makes us all better.

While Herman?s offenses may not have posted off-the-charts numbers in Ames, he still is considered by many to be a rising force in the profession and did a lot with a little. Herman has been an offensive coordinator and quarterbacks coach for the last seven seasons, spending two years each at Texas State and Rice before landing at Iowa State. Herman?s attacks at Rice set over 40 school records and in 2008 helped the Owls land a bowl bid for the first time since 1954.
In many ways, Herman is like Mullen, the current Mississippi State head coach who was Meyer?s offensive coordinator at Florida. Bottom line: Count on Ohio State ranking higher than 107th in the nation (319.5 ypg), where it was in 2011.

What are the chances that Iowa makes it to a Rose Bowl in the next few years? -Chris

I think it could happen. The big key will be defense. Who will Kirk Ferentz hire to serve as coordinator with the retirement of Norm Parker? In the end, I think Ferentz will promote DB coach Phil Parker to the post. He is talented and has earned the opportunity. This is a tight staff that works well together. That?s why the Hawkeyes always will have a shot to get to the Rose Bowl under Ferentz, who has taken the program to two Orange Bowls. But Pasadena remains elusive, as the Hawkeyes haven?t been to the "Granddaddy Of Them All" since the 1990 season.

Why would Purdue wait this long if they plan on making a coaching change? Danny Hope has only been at Purdue for three years and the program is playing better. -Ned

You make a good point. Hope has the Boilermakers in a bowl for the first time since 2007, but his three-year record is 15-21 overall and 10-14 in the Big Ten. However, it looks like Purdue A.D. Morgan Burke will stand behind Hope, saying on Wednesday that "we will get something worked out." So, it sounds like an extension is coming for a coach who has just three years left on his contract. And that is great news for Purdue and Hope.