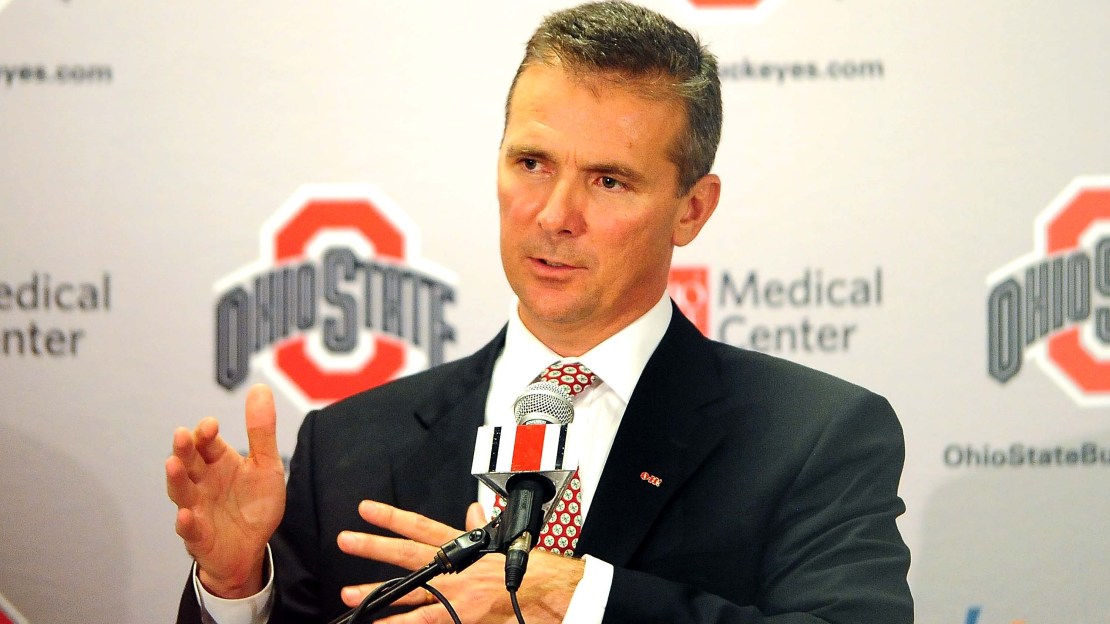 New Ohio State coach Urban Meyer is wasting no time in assembling a top-notch staff that figures to rate among the best in the Big Ten. Soon after getting the job, Meyer announced he would retain co-defensive coordinator Luke Fickell, who served as interim head coach in 2011 and will coach the Buckeyes in the bowl game. Fickell is widely lauded as one of the nation?s top young coaches.

Late last week, Meyer tabbed rising star coordinator Tom Herman from Iowa State to run the offense and coach quarterbacks. Herman did a solid job in three seasons in Ames developing a consistent offense without benefit of blue-chip talent. His attack is averaging 221.7 passing yards and 181.2 rushing yards in 2011 for a Cyclone team headed to the Pinstripe Bowl to face Rutgers.

Now, reports indicate that North Carolina interim head coach Everett Withers will join the Ohio State staff. Like Herman, Withers is one of the nation?s top assistants, boasting a resume that includes stops with Minnesota, Texas and in the NFL with the Tennessee Titans, among other places. Read the full Durham Herald-Sun story here.

Having Withers work in concert with Fickell, who will call defensive signals, will give the Buckeyes? two top defensive minds.

Withers? defenses at North Carolina annually produced some of the nation?s best players, including the likes of Robert Quinn, Marvin Austin and Bruce Carter, among others. And he did a great job keeping the program together after Butch Davis was fired abruptly in July, leading the Tar Heels to a 7-5 record and spot in the Independence Bowl against Missouri.