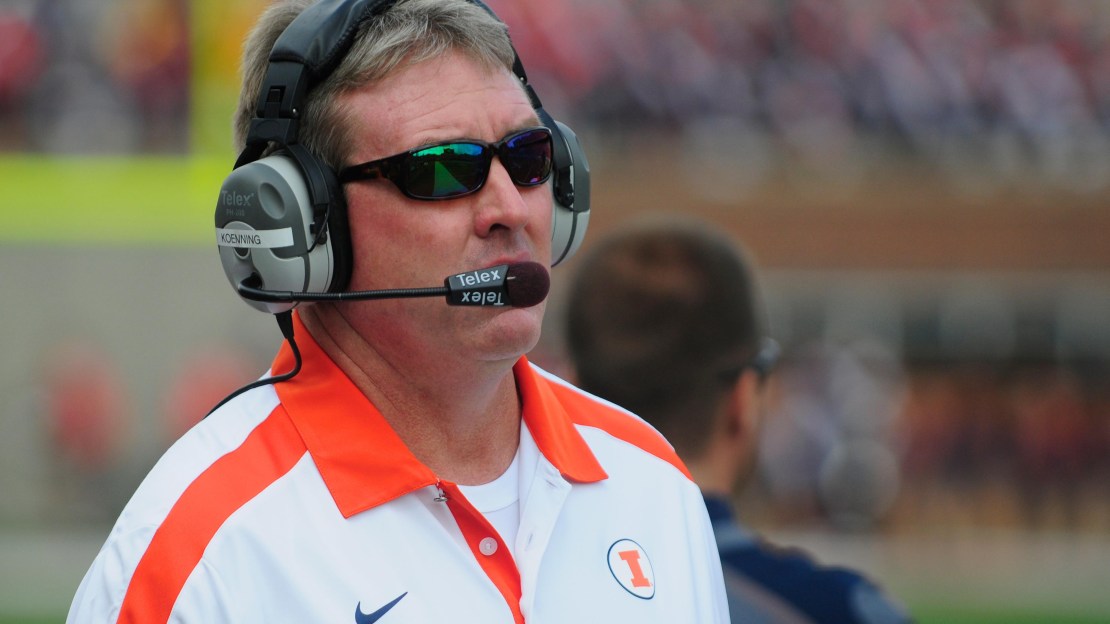 New Illinois coach Tim Beckman offered Koenning the chance to stay on the staff, but he feels it?s best to move on. It?s too bad, because Koenning?s defenses were the one constant in a turbulent 2011 season that saw the Fighting Illini start 6-0 and finish 0-6. In the end, it cost Illinois coach Ron Zook his job in his seventh season in Champaign.

Koenning is considered one of the better defensive coordinators in the nation, having run defenses at Wyoming, Troy, Clemson and Kansas State. He also was head coach at Wyoming from 2000-02, going 5-29. Look for him to land on some staff.