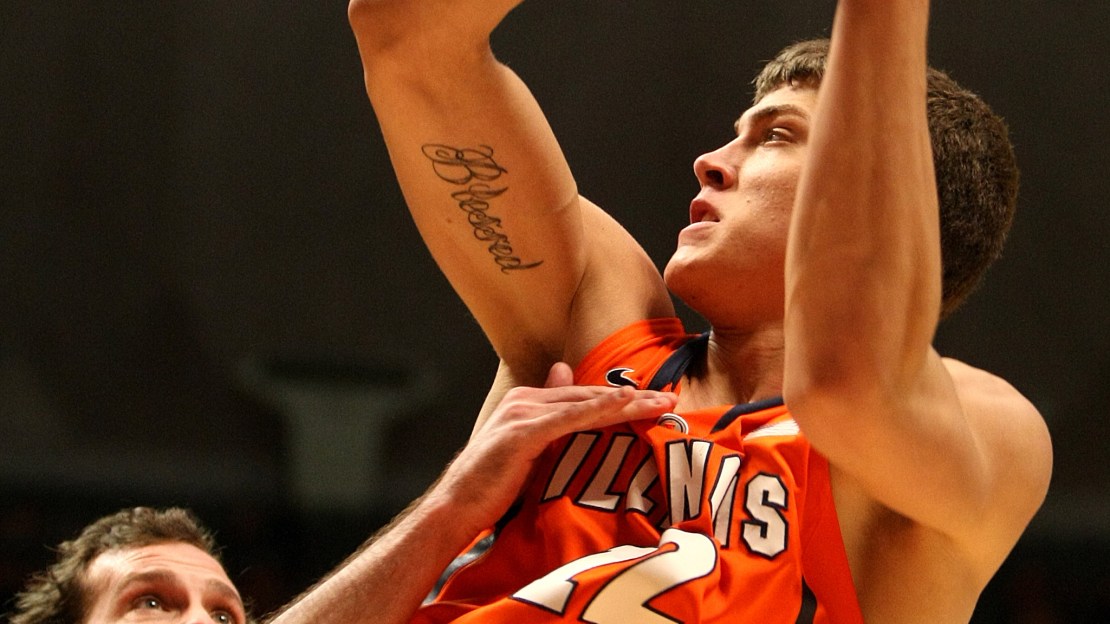 (AP) D.J. Richardson scored 20 points to lead four players in double figures and No. 24 Illinois beat Coppin State 80-63 on Sunday night. Illinois (10-0) hung on to remain one of nine undefeated teams in the nation despite the Eagles' hot shooting and pesky 2-3 zone defense. After Illinois jumped out to a 17-point lead in the opening minutes of the second half, Coppin State went on a 20-5 run to cut the lead to 59-57. From there, Illinois responded with a four-guard lineup that provided enough offense down the stretch to seal the win. Meyers Leonard had 18 points and 11 rebounds, and Sam Maniscalco and Brandon Paul each scored 12 points for the Illini. Read the full AP recap and see the boxscore.

Check out our halftime and final recap stories, powered by Narrative Science:

FINAL: Meyers Leonard scored 18 points and grabbed 11 rebounds to lift No. 22 Illinois to an 80-63 win over Coppin State on Sunday at Assembly Hall in Champaign. Tyler Griffey shot 4-of-5 from the field and scored eight points for Illinois (10-0). The Fighting Illini shot 56 percent from the field (31-of-55). Illinois was on fire from beyond the arc during the game, shooting 43 percent (10-of-23). The Fighting Illini also got double-digit games from D.J. Richardson, who scored 20 points, Brandon Paul, who scored 12 points, and Sam Maniscalco, who had 12.  Tony Gallo scored 21 points for Coppin State (3-5) in a losing effort. Winning the rebounding battle was a key to victory for Illinois as it outrebounded the Eagles 31-25.

HALFTIME: Meyers Leonard has eight points on 4-of-5 shooting to lead No. 22 Illinois to a 38-30 lead over Coppin State at the end of the first half. The game was tied 20-20 before the Eagles went into a funk, going the next 4:20 without scoring, and allowing the Fighting Illini to take a 32-20 lead with 4:55 to go in the first half. Seven Illinois players have scored. Illinois distributed the ball with 12 assists on 16 field goals in the first half. Seven Coppin State players scored in the half. Coppin State fired often and fired with accuracy from distance, hitting 50 percent (6-of-12) of its three-point attempts. The Eagles' Tony Gallo had a big first half, with eight points.