All over Indiana's upset of No. 1 UK 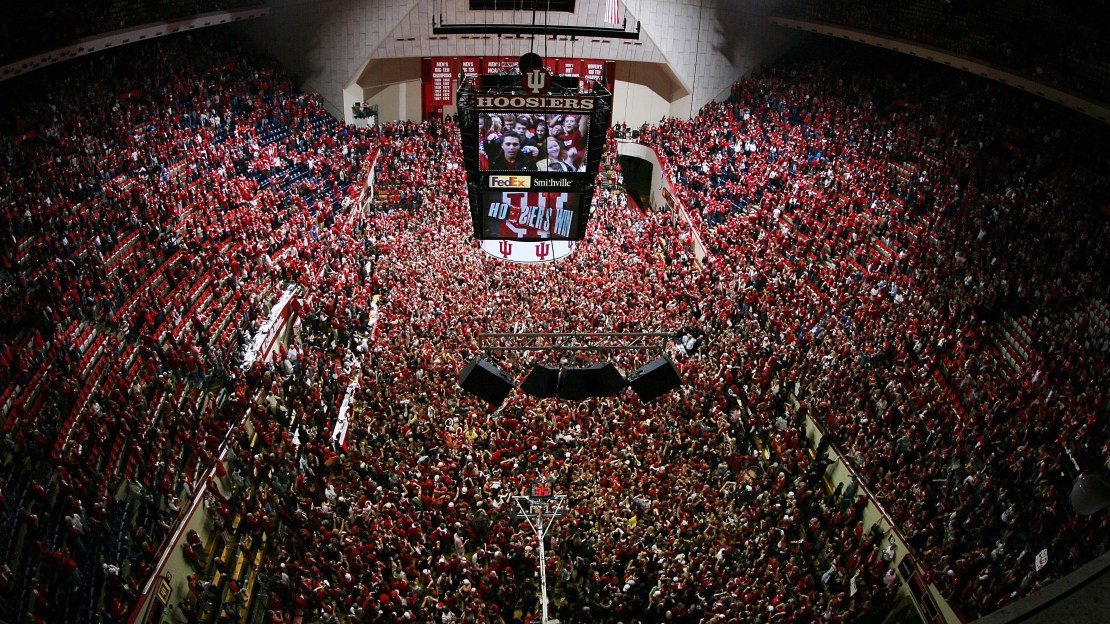 In case you were busy preparing for the Heisman Trophy presentation or doing who knows what, Indiana upset No. 1 Kentucky on Saturday. Yes, Indiana, the same team that combined for two wins over ranked opponents the past three-plus seasons, upset the nation's top-ranked team. But, as the Hoosiers' 9-0 start would indicate, this isn't the same Indiana team. For starters, they have the highly touted Cody Zeller in the fold, along with the most talent they've had since Tom Crean came to town. Get reaction, tweets, photos and video from the upset in this post. Speaking of video, watch Christian Watford's game-winning shot at the buzzer now.

Here's Will Sheehey draining a 3-pointer to give Indiana a 10-point lead:

And what about the voice of Indiana basketball Don Fischer's call of the game-winning shot?

SportingNews.com: Indiana is back

Thanking god because without him none of this would be possible!!! #blessed

Tremendous day for Tom Crean and the Hoosiers. Great day for the Big Ten. Season off to a terrific on-court start.

What a win for Indiana. Thought Kentucky should have fouled after the Lamb free throw. That is a program win for Tom Crean and IU.

Been coming to games at Assembly Hall since 1990. Never seen a scene like this.

I'll be the first to admit I was wrong on this one. Didn't think Indiana had a shot at winning this one. Heck of an effort by Hoosiers.

To everyone that yelled at me for picking IU over UK, remember: Fear Gasaway.

So, what does all this mean? Well, one thing's for sure: Indiana's hot start can no longer be considered a fluke or the product of not playing anyone. It also means Indiana is a serious contender. One of two remaining perfect Big Ten teams, Indiana wasn't expected to be sitting at 9-0. The most optimistic experts thought the Hoosiers could go .500 in Big Ten play and flirt with an NCAA tourney bid. Now, if the Hoosiers go 9-9 in conference, they wouldn't be flirting with the tourney – they'd be in. That's what happens when you have a win over a No. 1 team on the resume.

This was a win that was equally important for the present as it was the future. It's pretty clear the Hoosiers aren't just waiting around for next year's star-studded freshman class. These guys play and carry themselves like they know they have something special, something that can finally help turn around this once perennially strong program.

It's going to be fun to watch how Indiana responds to such a big win. Will they become complacent? Will they build on it? We'll find out soon enough.