Dienhart: Is another QB transferring to Wisconsin? 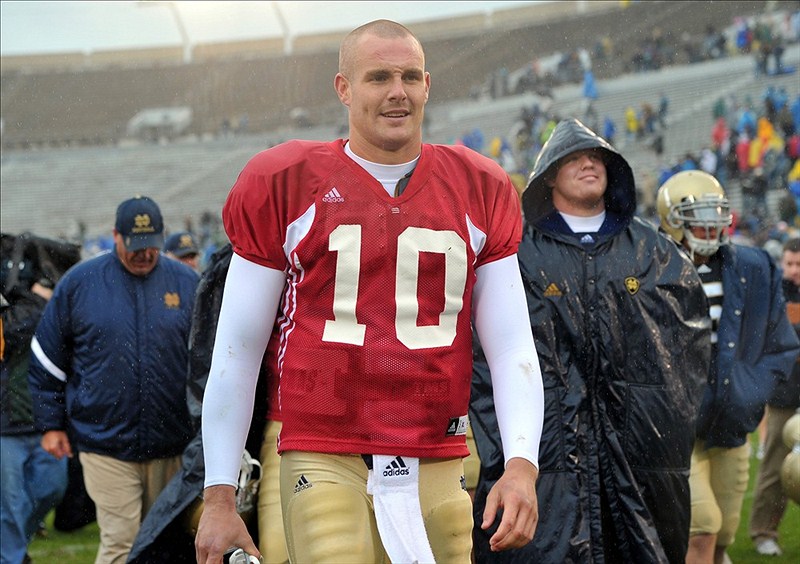 Notre Dame quarterback Dayne Crist recently was granted a release from his scholarship. And there?s a report that says he could have interest in transferring to Wisconsin. The Milwaukee Journal Sentinel is citing sources familiar with both Notre Dame and Wisconsin in saying Crist could land in Madison. He has one year of eligibility left. And to use it, he would need to enroll in a graduate program not offered at Notre Dame.

And the Chicago Tribune reported Thursday that there could be more than one quarterback interested in joining the Badgers. Specifically, the Tribune reports:

"During an interview with the Tribune's Teddy Greenstein for Silver Football Award finalist profiles, Bielema reiterated that since November, 10 players have made contact about transferring. Many were recruited by Wisconsin but opted to go elsewhere."

"A lot of them thought we had a great program and really liked us but did not jump in," Bielema said. "Now they realize they might have been playing in back-to-back Rose Bowls."

If this all sounds familiar, it should. Russell Wilson transferred from North Carolina State to Wisconsin last offseason under similar circumstances. And that worked out well, as Wilson led the Badgers to the Big Ten title and to the Rose Bowl for a second season in a row.

Crist, from Canoga Park, Calif., was one of the most touted quarterbacks in the nation coming out of Notre Dame High in 2008. He claimed the starting job in South Bend before the 2011 season but was quickly benched and eventually dropped to No. 3 on the depth chart. See Crist's full stats here.