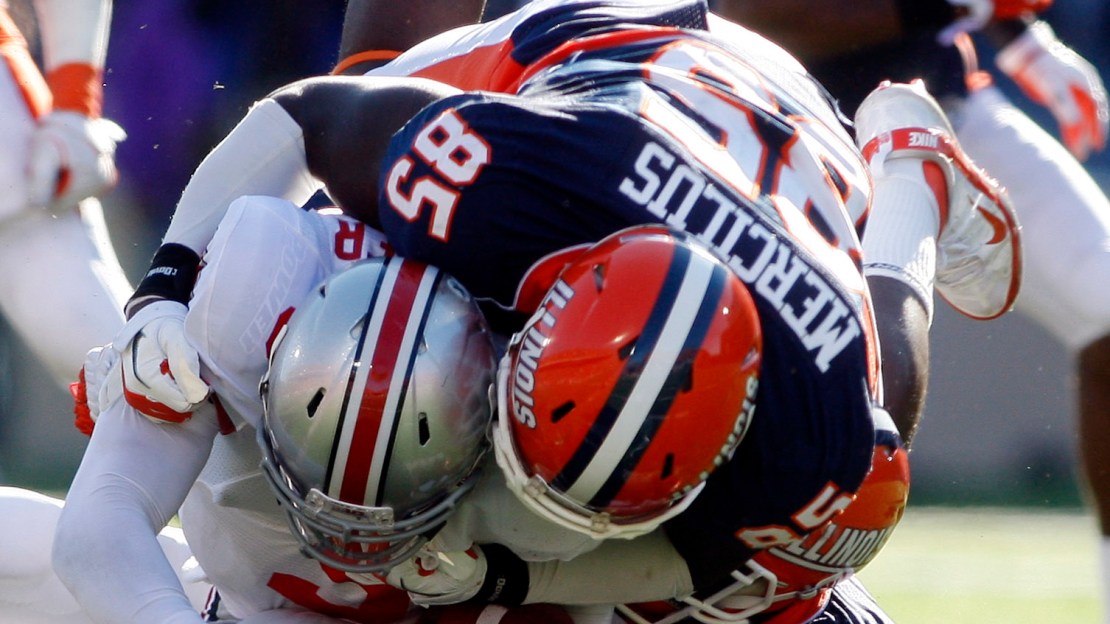 Illinois' Whitney Mercilus won the Hendricks Defensive End of the Year Award, it was announced Wednesday. The junior leads the nation in sacks (14.5), sacks per game (1.2) and forced fumbles (9) while ranking sixth nationally in tackles for loss per game (1.6). The award makes Mercilus the first Illini to win a national honor since Dana Howard (1994) and Kevin Hardy (1995) won the Butkus Award in back-to-back years.

Mercilus will be honored at the Hendricks Award Dinner on March 17, 2012, in Miami, Fla. Time and place are to be determined. He is the second Big Ten player to win the award, which is named after former Miami Hurricane and three-time All-American DE Ted Hendricks. Previous Hendricks Award winners include: Da'Quan Bowers of Clemson (2010), Jerry Hughes of TCU (2009), Brian Orakpo of Texas (2008), Chris Long of Virginia (2007), LaMarr Woodley of Michigan (2006), Elvis Dumerville of Louisville (2005), David Pollack of Georgia (2003 and 2004) and Terrell Suggs of Arizona State (2002).