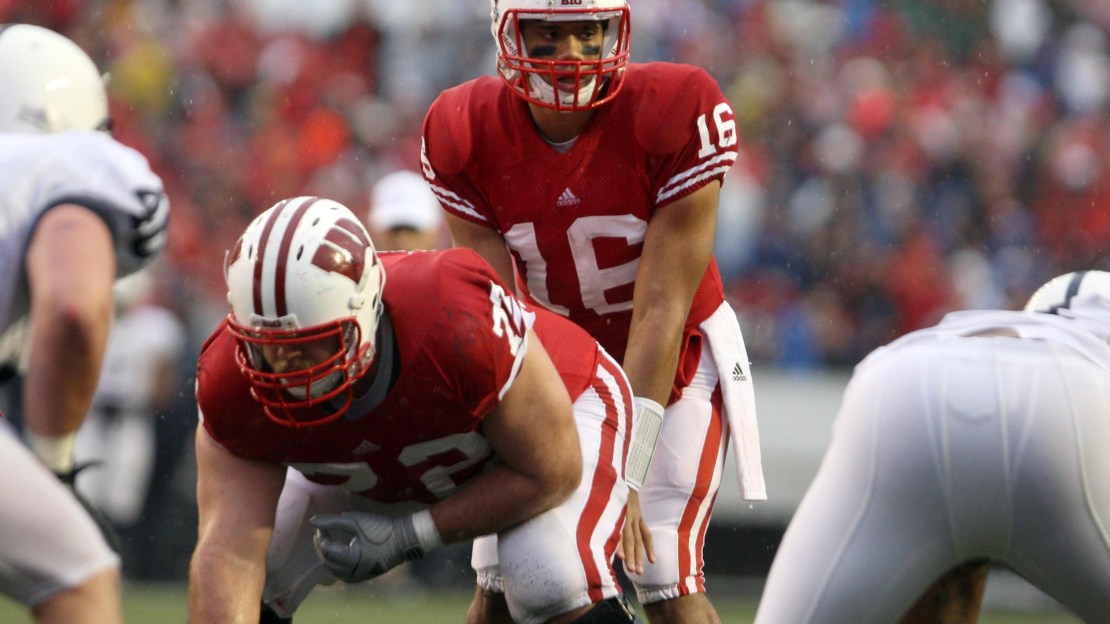 The first meeting between Michigan State and Wisconsin was an epic encounter that most consider to be the game of the year in the Big Ten. The Badgers raced to a 14-0 lead before seeing the Spartans go on a tear to lead 23-14 at halftime. Michigan State pushed its lead to 31-17 early in the fourth quarter before Wisconsin rallied to tie the game, 31-31.

But on their last play of the contest, Spartans quarterback Kirk Cousins called "Rocket," and saw his 44-yard desperation heave caught by wideout Keith Nichol just outside the goal line before he wrestled his way to pay dirt for the winning points in a heart-stopping 37-31 triumph. Now, the teams meet again with the Big Ten title and berth in the Rose Bowl on the line. Following are five keys to victory for each school, which have met 10 times since 2000 with each taking five victories.

WISCONSIN
1. Run, Montee. It?s pretty simple, really. The Badgers want to "pound the rock." And everyone knows it. But can they do it in this battle of mite on mite? Wisconsin has the No. 1 rushing offense (246.7 ypg) in the Big Ten. Michigan State has the No. 1 rushing defense (102.5). Who will break first? Montee Ball gashed the Spartans for 115 yards rushing on 18 in the first meeting but missed some time after taking a shot to the head. Ball, who leads the Big Ten in rushing with 1,622 yards (135.2 ypg), may need 25-30 totes to be most effective. He also is a scoring machine with a Big Ten single-season record 34 touchdowns; Barry Sanders has the NCAA single-season mark of 39 set in 1988. As a sidebar: This will be a chance for Ball to make one final case for the Heisman.

2. Special teams. Simply put, these were a disaster for Wisconsin in the first meeting and likely cost it the game. The Badgers had a punt blocked for a touchdown and also had a field-goal attempt blocked. (Wisconsin also had a punt blocked in a loss at Ohio State the next week.) On the positive, Jared Abbrederis could be a game-changer, as he?s No. 1 in the nation in punt returns with a 16.4-yard average and one touchdown.

3. Defense. While everyone throws roses at the feet of the Michigan State defense, the Badger defense also is pretty darn good. Wisconsin is No. 2 in the Big Ten in total defense; No. 4 in rushing defense; No. 1 in passing defense. And when it comes to turnover margin, no one in the Big Ten is better than the Badgers plus-14. If Wisconsin can take away a middling Spartan rushing attack and attack quarterback Kirk Cousins, it could mute the Michigan State offense.

4. Russell Wilson being Russell Wilson. The nation?s most efficient passer who completes 72 percent of his passes and has a Big Ten-high 28 touchdown throws, has tossed three interceptions all seasons. And two came in the first meeting with Michigan State. Wilson?s second interception ended a drive that may have clinched the game for Wisconsin. He completed 14-of-21 passes for 223 yards with two touchdowns in addition to his two picks, and also ran eight times for 30 yards and a score in leading the Badgers to the tying score in the waning moments before Michigan State?s last-second heroics.

5. Win first down. In the first meeting, Michigan State averaged 6.96 yards on first downs, avoiding compromising down-and-distance situations. Consequently, the Spartans converted 8-of-16 third downs and averaged 7.4 yards on those conversions. If Michigan State is again able to keep the chains moving, it will wear down the Wisconsin defense and keep that potent Badger offense on the sideline for extended stretches.

MICHIGAN STATE
1. Get Kirk Cousins in a groove. The savvy senior enters the game on a roll for an offense that has scored at least 31 points in each of its last four games. Cousins has tossed 10 touchdown passes with just one pick in the span, hitting 71-of-108 passes (66 percent) for 1,042 yards. He needs to duplicate the effort he had in the first meeting with Wisconsin, when he hit 22-of-31 passes for 290 yards and three touchdowns. Only one Big Ten quarterback has thrown for more than his 2,735 yards.

2. William Gholston. The ?freak? missed the first meeting sitting out with a suspension. The rangy sophomore end could be an X-factor in helping try to contain Montee Ball, while also getting pressure on quarterback Russell Wilson. The Spartan defense will need to make some big plays. And Gholston must deliver.

3. Run. The Spartans have the worse running game in the Big Ten (139.0 ypg). And only one school (Minnesota) has fewer than their 17 rushing touchdowns. But the ground attack found some oomph in the last four games, running for 601 yards and seven touchdowns. Le?Veon Bell emerged down the stretch as the team?s top ball carrier and needs to maintain that momentum and mojo vs. the Badgers. The big and physical Bell has 794 yards rushing and 10 touchdowns.

4. Keshawn Martin. While the Badgers have Jared Abbrederis in the return game, the Spartans counter with Martin, an equally adept and dangerous punt return man who could be a game-changer by either flipping the field or running back a punt for a touchdown. He?s No. 2 in the Big Ten in punt returns with an 11.8-yard average and a touchdown. Martin also may get a lot of single coverage with the Badger defense focused on star wideout B.J. Cunningham, who has 67 catches for 1,125 yards with nine touchdowns. If so, Martin, who has 53 catches for 627 yards and four scores, must make Wisconsin pay.

5. Trick plays-and hunger. Mark Dantonio isn?t afraid to pull the trigger on a gimmick play. No one ever will forget the fake field goal-"Little Giants"-that resulted in the game-winning touchdown vs. Notre dame in 2010. Might he have a trick play cooked up for a critical point in Saturday night?s game? Hmmmm. And the Spartans are hungry. They tied Ohio State and Wisconsin for the Big Ten title last year but got left out of the BCS. The Spartans are possessed with reaching their first ever BCS, and first trip to the Rose Bowl since the 1987 season.