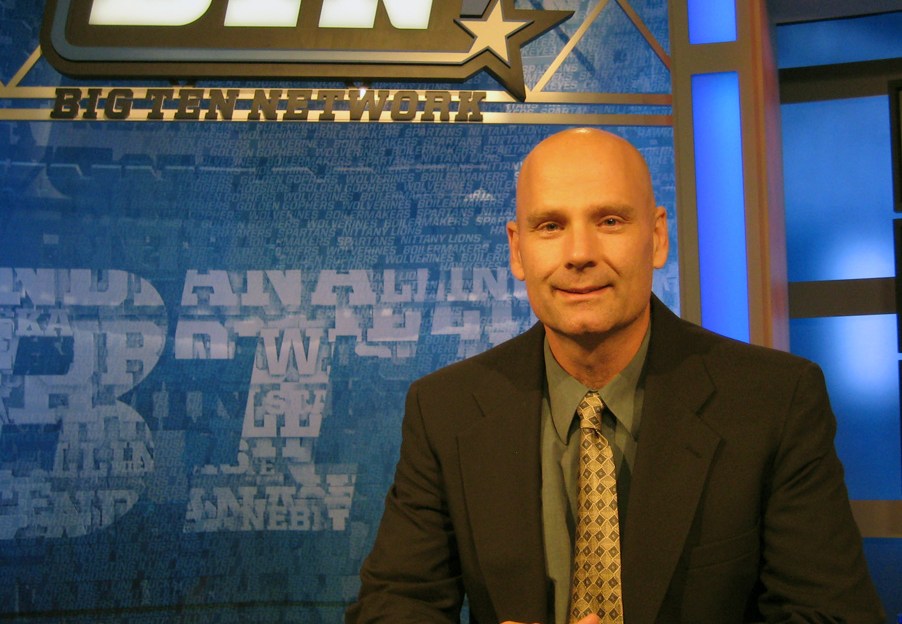 You have questions, I have answers in my weekly mailbag leading up to the inaugural Big Ten Football Championship. Questions about Michigan State?s All-Big Ten picks, Big Ten expansion and, of course, the league title game highlight this week?s mail bag.

I'm surprised that Michigan State did not have more players represented on the All-Big Ten teams as voted by the coaches and media. It won the Legends Division and will play in the first ever Big Ten championship game. How some respect for the Spartans? -James Hert

Often times, good teams aren?t filled with myriad stars. And that?s often what makes them good teams. Everyone knows their role and acquiesces to the team and what it best for the whole. It?s that absence of ego/self-centeredness of "superstars" that often makes the team so good. And I think this year?s Michigan State squad epitomizes that. Still, MSU was well represented. All 11 members of the starting defense received some kind of All-Big Ten recognition, but tackle Jerel Worthy was the lone unanimous first-team selection. Guard Joel Foreman was the Spartans' only first-team selection on offense, also making the coaches and media team. Cornerback Johnny Adams joined Worthy on the coaches? first team. Safety Trenton Robinson was a media first-team selection. To me, MSU was pretty well represented.

Is it possible for Purdue to get into a bowl game?-Luke

Not only is it possible, since Purdue has the requisite six victories, but it?s gonna happen. And my best guess is the Boilermakers will land in the TicketCity Bowl in Dallas vs. a C-USA team. The Big Ten has ten bowl eligible teams-and all likely will find postseason homes. It?s not often that a Big Ten squad that?s bowl eligible doesn?t go to a bowl. The last time a Big Ten team was bowl eligible and didn?t play in a bowl was 2007, when 6-6 Iowa and 6-6 Northwestern stayed home because of a lack of bowl slots. That year, the Big Ten also had 10 bowl eligible teams.

Can you tell me why nobody seems to have a problem with the SEC having two teams play for the BCS national title? In 2006, No. 1 Ohio State and No. 2 Michigan played in regular-season finale, and many thought there should be a rematch in the BCS title game. But the media said: If you don?t win your conference, you can?t play for the title. So why is the SEC apparently going to be able to do it?-Joseph Brown

First, there is no rule that says you have to win your league to play for the BCS title. Second, LSU and Alabama are poised to meet once again in the BCS title game because the BCS formula figures to rank LSU No. 1 and Alabama No. 2 in its final poll. The BCS formula doesn?t care about conference affiliation. It just looks for the two best teams. That?s it. If Ohio State and Michigan had finished Nos. 1-2 in the final BCS standings in 2006, they would have met for the national title-even though they had already played and were from the same conference.

Urban Meyer spent the past few months visiting numerous college football programs as a member of an ESPN broadcasting team. Even a bad coach can use the information he likely gleaned about recruiting strategy, plays, schemes, facilities, etc. to his benefit. Will his time visiting other schools help Coach Meyer?-Stephanie

No doubt about it. I?m guessing Meyer knew in the back of him mind he one day would return to coaching. This opportunity with ESPN allowed him to visit coaches and campuses to assess the very things you mentioned. If you ask me, that was a savvy move on his part.

No. And that?s an issue I have. Often times the team that plays in its league title game-and loses-is penalized for it in the bowl selection process. For instance, in 2007, Missouri lost to Oklahoma in the Big 12 title game and was sent to the Cotton Bowl. Kansas got a bid to the Orange Bowl even though it lost to the Tigers during the season and finished behind them in the Big 12 North standings. Does that seem right? Does that seem fair? No. Unfortunately, the same thing could happen to the loser of the Big Ten title game. Michigan may get a BCS bowl without winning it division, while the loser of Saturday?s game likely will have to settle for a non-BCS bowl slot.

Who is the ?home? team in the B1G Ten championship game?-Bob Schillo

Michigan State has been designated the home team for the title game and the Spartans will wear their green jerseys.

There was much speculation that Missouri wanted to join the Big Ten, but the Big Ten didn?t reciprocate. Like you, I think Missouri would have been a nice Big Ten fit-much better than in the SEC. Kansas? I guess I?m not as sold on the Jayhawks as you are. I think we all can agree that the Big Ten would love to add Notre Dame. But the Irish apparently aren?t interested.

I can?t speak for the conference office, but it obviously has certain criteria it looks for in expansion candidates. Any new schools have to bring a lot of added value to justify the league cutting up revenues into an additional slice. Commissioner Jim Delany has said the Big Ten has no active plans to expand. But no one knows what the future holds. But know this: Delany isn?t going to expand just for expansion sake or because everyone else is doing it.