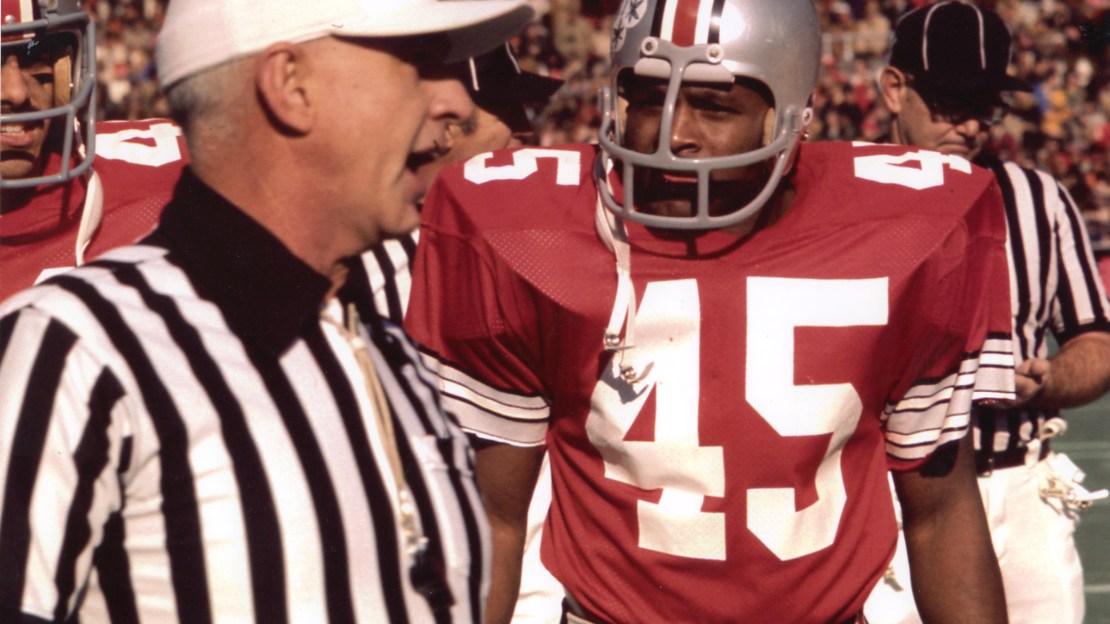 (BigTen.org) PARK RIDGE, Ill. - Indiana?s George Taliaferro was honored with the Big Ten?s Dungy-Thompson Humanitarian Award, while Ohio State?s Archie Griffin was named the first recipient of the Ford-Kinnick Leadership Award, the conference announced on Tuesday. The awards recognize Big Ten football players that have achieved success in the areas of humanitarianism and leadership after their college careers have ended.

A two-time first-team All-Big Ten halfback, Taliaferro is the Chairman Emeritus of the Children?s Organ Transplant Association and currently sits on the Board of Directors of the Monroe County Chapter of Big Brothers Big Sisters. Taliaferro has been honored with several service and achievement awards over the years, including the 2011 National Football Foundation & College Football Hall of Fame Distinguished American Award. The first African-American ever drafted in the National Football League, Taliaferro was a three-time All-American and guided the Hoosiers to the program?s first Big Ten Championship in 1945, which also stands as the team?s only undefeated season. After concluding his professional football career, Taliaferro served as assistant to Indiana President Herman B Wells, where he developed the university?s Affirmative Action Plan for all eight campuses, discouraging discrimination against minorities and women. Taliaferro was a member of the Big Ten?s first Advisory Commission and served as Big Ten Advisory Board Chairman from 1974-76.

The only two-time Heisman Trophy winner in history, Griffin created the Archie Griffin Scholarship Fund, which benefits Ohio State?s Olympic sports programs. With his wife, Bonita, he formed the Archie and Bonita Griffin Foundation Fund which helps develop sports, educational and travel programs for youth in Central Ohio. Griffin serves as spokesman for the Wendy?s High School Heisman Program and is a member of several charitable organizations, including the Columbus Foundation, Columbus Youth Foundation and Columbus Metropolitan Library Foundation. He is a member of the ADA?s Advocacy Leadership Council advisory board and serves as the honorary chair of the Diversity Enhancement Program for the James Cancer Hospital and Research Institute. A three-time All-American and All-Big Ten selection, Griffin received the 2007 Duffy Daugherty Award, given to individuals for lifetime achievement and contribution to collegiate football.

The Dungy-Thompson Humanitarian and Ford-Kinnick Leadership awards are part of the Big Ten?s enhanced awards program that debuts this season. The Dungy-Thompson Humanitarian Award is named for Minnesota?s Tony Dungy and Indiana?s Anthony Thompson. The Ford-Kinnick Leadership Award is named for Michigan?s Gerald Ford and Iowa?s Nile Kinnick. For more information on these awards, including biographical information on the namesakes, visit http://www.bigten.org.