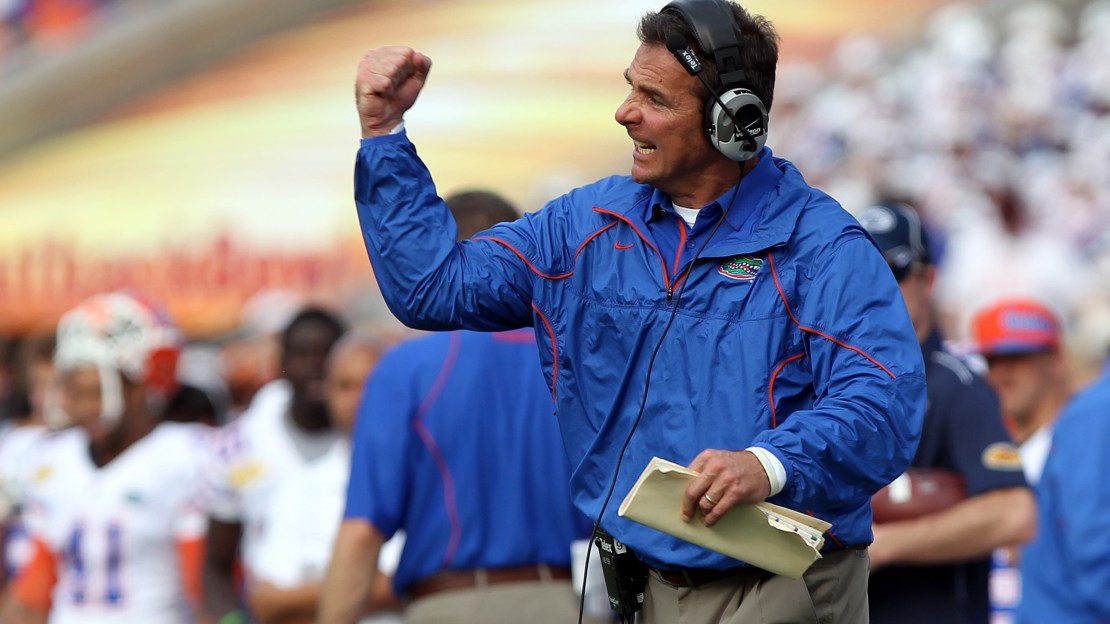 A new era at Ohio State looks ready to begin with the arrival of Urban Meyer as multiple media outlets are reporting that Meyer will be hired as the next Buckeye coach. The move had been speculated for weeks and an announcement is expected this week, but terms of the deal are unknown.

Meyer enjoyed a stellar six-year run as head coach at Florida, forging a 65-15 record in five seasons with national championships in 2006 and 2008. Meyer stepped down after the 2010 season amid concerns for his health and to spend time with his family. He spent this past season working as an analyst for ESPN.

Meyer, who has a 104-23 mark in 10 seasons as a head coach, will take control of an Ohio State program that faces NCAA problems, as an announcement of probation looms. Sanctions could include scholarship limitations, which would hamper Meyer?s task in Columbus. Still, the Buckeyes have talent and remain one of-if not the-Big Ten?s top programs, winning a league-record six conference titles from 2005-10.

However, the 2010 crown was stripped as part of the on-going NCAA investigation that was highlighted by players receiving improper benefits.

Like the Florida job, the Ohio State position is one of the nation?s top jobs, according to most pundits. The school has unmatched facilities, one of the biggest budgets in the nation, tremendous tradition, a massive following and sits in fertile recruiting territory. Bottom line: This is a job built for huge success and national titles are expected.

Meyer?s arrival will bring a new face to the Ohio State-Michigan rivalry. Brady Hoke enjoyed a tremendous debut in Ann Arbor in 2011, going 10-2 with the Wolverines seemingly in line for an at-large BCS bowl. It will be fun to watch Hoke and Meyer simultaneously build their programs at two of the nation?s top schools, making for a more competitive rivalry than in recent years.

And Meyer?s arrival gives the Big Ten one of the nation?s top coaches. He has proven adept at building good staffs at all his stops, helping cultivate the careers of Mississippi State?s Dan Mullen (Meyer?s offensive coordinator at Florida) and Utah?s Kyle Whittingham (Meyer?s defensive coordinator at Utah). Meyer also coached Tim Tebow to the Heisman Trophy in 2007.

The Leaders Division will have a new look in 2012, as the division will include three new coaches with Illinois and Penn State in the market for new coaches to join Meyer. The division also includes Indiana?s Kevin Wilson, who just finished his first season in Bloomington.

Meyer will assume command of a program that saw Jim Tressel leave in the spring amid allegations of NCAA violations after 10 seasons that included a 94-22 record, six Big Ten titles and the 2002 national crown. Co-defensive coordinator Luke Fickell took over in 2011 and guided the team to a 6-6 overall record and 3-5 Big Ten mark, the school?s worst since 1999. The Buckeyes were wracked by suspensions to key players and saw star quarterback Terrelle Pryor turn pro early, which complicated Fickell?s job.