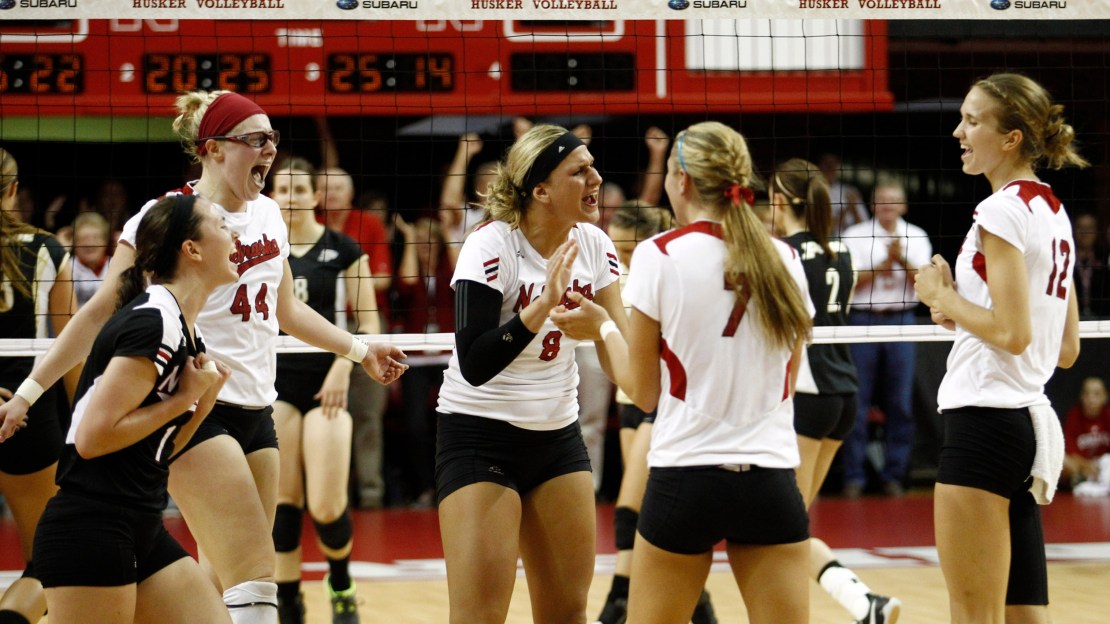 (BigTen,org) The Big Ten will be well-represented at the 2011 NCAA Volleyball Championship, as eight conference teams have been selected to the tournament?s field of 64 for the second consecutive season. The eight chosen squads ties a conference record and gives the Big Ten the most tournament teams of any conference in the country. See the official NCAA.com bracket.

Big Ten Champion Nebraska enters the tournament as the No. 2 overall seed, while No. 3 Illinois, No. 5 Purdue, No. 8 Penn State and No. 13 Minnesota have earned top-16 seeds. Michigan, Michigan State and Ohio State have also received bids to round out the Big Ten contingent in the tournament.

After winning its first Big Ten title and receiving the conference?s automatic berth, Nebraska will host first- and second- round matches and will take on Jackson State in Thursday?s first round of the Honolulu Regional. The Huskers would take on either Kansas State or Wichita State in the second round with a first-round win. The selection marks Nebraska?s 30th consecutive trip to the NCAA Championship.

Illinois earns its fourth consecutive trip to the national tournament and its 20th appearance all-time and will host Central Michigan in the Gainesville Regional on Friday. With a win, the Fighting Illini would meet Marquette or Western Kentucky in the second round.

Purdue enters the field of 64 for the seventh straight season and 14th season overall and will host Morehead State in the opening round of the tournament on Friday. The Boilermakers would take on either Ball State or Louisville in the second round of the Minneapolis Regional with a first-round win.

Defending NCAA Champion Penn State opens the tournament on its home court against Liberty on Friday in the first round of the Lexington Regional. The Nittany Lions have won the last four national championships and are making their 31st tournament appearance. With a win, Penn State would take on the winner of American and Delaware in the second round.

Minnesota enters the championship as a regional host, welcoming North Dakota State to Minneapolis for the first round. The Golden Gophers earn a berth to the tournament for the 13th consecutive season and 17th season overall and would take on either Washington or Western Michigan in Round 2.

Michigan travels to Stanford, Calif., for its Gainesville Regional first round match against Baylor on Friday. The NCAA bid marks the Wolverines? sixth in a row and 12th all-time. Michigan would advance to play No. 11 Stanford or Sacred Heart with a first-round win.

Michigan State earns its 14th postseason berth in program history and first since 2009 and will take on Arizona in Thursday?s first round in the Lexington Regional in Austin, Texas. The Spartans would meet either top-seeded Texas or Texas State in Round 2 with a win.

Ohio State makes its 18th appearance in the NCAA Championship all-time and third in a row, taking on Middle Tennessee on Thursday in Knoxville, Tenn., in the Gainesville Regional. The winner of the match will advance to take on No. 14 Tennessee or Duke.

First- and second-round matches will take place on campus sites on Dec. 1, 2 and 3, while regionals will be played at one of four sites on Dec. 9 and 10. Regional winners will advance to compete in San Antonio, Texas, in the semifinals on Dec. 15 and the national championship on Dec. 17. All regional semifinal matches will be streamed on ESPN3.com, while regional finals will be broadcast on ESPNU. The national semifinals and final can be seen on ESPN2.