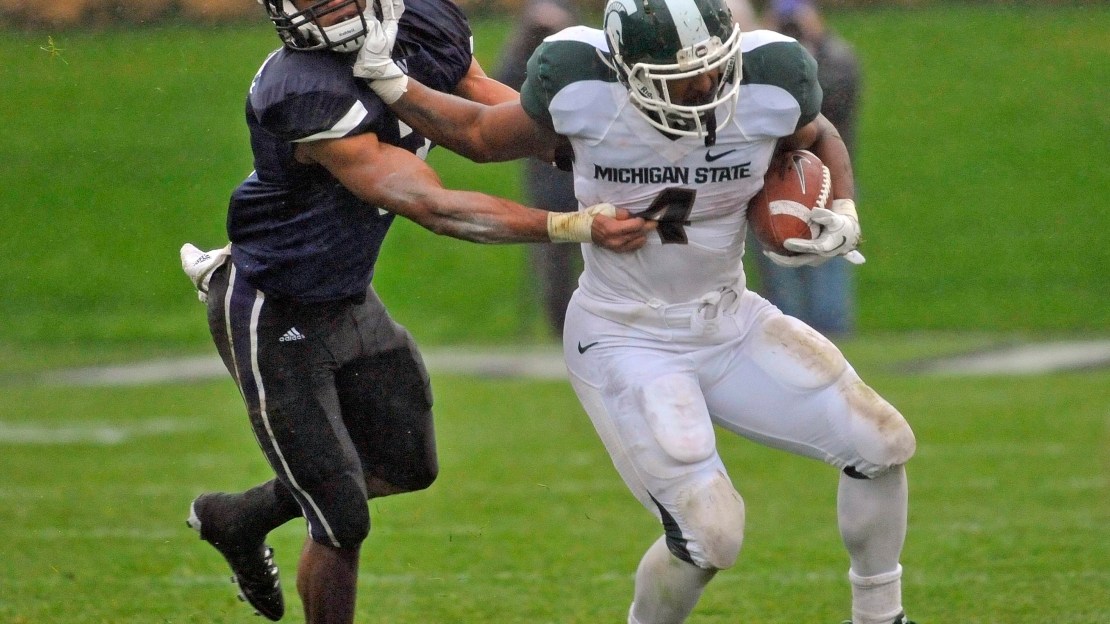 Following the action every Saturday, BTN.com senior writer Tom Dienhart breaks down what every game, every result means for the teams involved and the Big Ten itself. See Tom?s Week 13 Snap Reactions in this post.

Michigan State 31, Northwestern 17. Despite essentially having nothing to play for, the Spartans showed laser focus in dispatching a Wildcat team that had won four in a row. Now Michigan State advances to the Big Ten title game in a rematch with Wisconsin, needing a win to advance to the program?s first Rose Bowl since the 1988 season.

Purdue 33, Indiana 25. The Boilermakers are bowl eligible for the first time since 2007 and reclaimed the Old Oaken Bucket in the process with over 500 yards of offense. Purdue, which has won 12 of the last 15 vs. Indiana, continues to build under Danny Hope, as an inconsistent offense finished on an upbeat. Indiana finished winless in Big Ten play and its only victory came vs. a FCS program.

Wisconsin 45, Penn State 7. The Badgers dominated Penn State in a de facto Leaders Division title game. The storyline was familiar for Wisconsin, as RB Montee Ball dominated with over 150 yards rushing and four touchdowns and an underrated Badger defense shut down a struggling Nittany Lion offense that was limited to 231 yards and had four turnovers. Now, Wisconsin gets another shot at Michigan State in the inaugural Big Ten title game.

Minnesota 27, Illinois 7. The Golden Gophers ended a three-game losing streak and notched their second Big Ten victory to end a tough first-season under Jerry Kill with a much-needed victory. QB MarQueis Gray continues to develop, finishing with 966 yards rushing to set a school single-season rushing record for a quarterback. For the Fighting Illini, things have gone from bad to worse. Illinois opened 6-0 and then proceeded to lose its last six games, as the offense struggled down the stretch.