Dienhart: What to Watch for Saturday 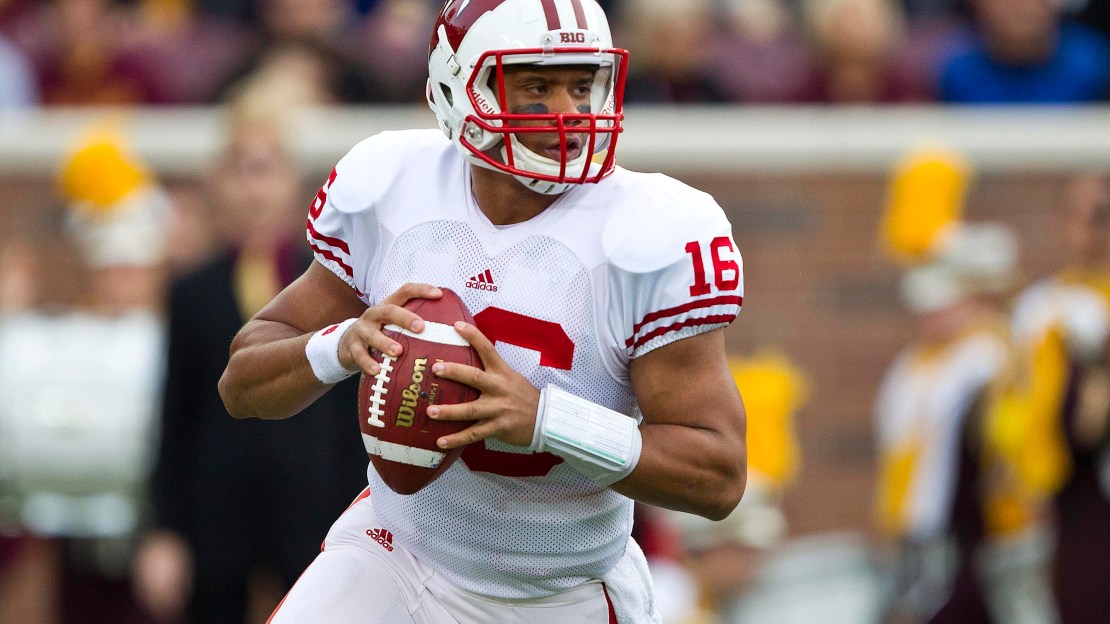 There are many things to keep your eyes on this weekend. Can Wisconsin QB Russell Wilson pass effectively vs. a tough Penn State defense? Is Ohio State?s defense capable of slowing down Michigan?s ground game? Can Nebraska slow down Iowa RB Marcus Coker? Those are just a few of the things to watch for on Saturday. I offer up 12 things to look for Saturday, the final weekend of the Big Ten football season.

1. Russell Wilson. The Wisconsin signal-caller is the most efficient passer in the nation, hitting 73 percent of his passes with 26 touchdowns and only three interceptions. He will need to stretch that stingy Penn State defense to open running runs for Montee Ball, the Big Ten?s leading rusher.

2. Penn State's front seven. This is a terrific Nittany Lion defense, but it will have to pick one thing to try to take away from Wisconsin?s prolific attack: the run or pass. It won?t be easy to mute either, as the Nits haven?t seen an offense like this.

3. Michigan's passing. It?s no secret. Everyone knows the Wolverines need to balance their offense with some consistent passing to be effective vs. Ohio State. That means the onus is on QB Denard Robinson, who hits just 54 percent of his passes and leads the Big Ten with 14 interceptions.

4. Ohio State's run defense. If the Buckeyes hope to continue their run of dominance over Michigan, the defense will need to win the game. And the unit has been spotty this year. Penn State ran for 239 yards last week against the Buckeyes. If Denard Robinson and Toussaint Fitzgerald are having their way on the ground, it will be a long day for the Buckeyes.

5. Marcus Coker. The Iowa running back is a workhorse who needs a lighter load. But the Hawkeyes lack any viable alternatives, so Coker must continue to carry a big load if the Hawkeyes hope to win at Nebraska.

6. Nebraska's defense. The Huskers got whipped, 45-17, at Michigan, getting gashed for 418 yards. The Cornhuskers rank No. 7 in the Big Ten in total defense (358.0 ypg). The defense must step up against a dynamic Iowa offense.

7. Purdue?s offense. The attack has scored on its opening drive in each of the last four games but has bogged down in the second half. Last week was the third game this season that Purdue gained less than 300 yards. How bad has it been? The Boilermakers have failed to score in the third quarter in each of the last five games.

8. Illinois running. The Illini offense has been inconsistent during its five-game losing streak. And spotty line play has hurt the rushing attack, which ranks sixth in the Big Ten and hasn?t gotten great production from the running backs. Even worse: Illinois is No. 8 in the Big Ten in scoring (24.3 ppg).

9. Michigan State?s sharpnes. The Spartans have nothing tangible on the line at Northwestern, as the Spartans already have sewn up the Legends Division title and spot in the Big Ten title game. Will the Spartans be sloppy or focused? Mark Dantonio has said he wants his team build momentum as it heads to Indianapolis.

10. Northwestern's defense. The unit struggled earlier this year but has played well during a four-game winning streak. (Did this team really lose five in a row earlier this year?) Northwestern held its foes to three or less points in a half for the third game in a row last Saturday. Who said these Wildcats are all about offense?

11. MarQueis Gray. When he?s humming along, the Golden Gophers typically find a way to win. He ran for 147 yards last week in a loss at Northwestern. Gray is the No. 7 rusher in the Big Ten (78.6 ypg), but his passing has been inconsistent. He has hit just 50 percent of his attempts for seven touchdowns and eight interceptions.

12. Indiana?s motivation. Yes, the Hoosiers? bowl hopes are over, but there?s still lots to play for-the chance to ruin Purdue?s bowl hopes and the opportunity to retain the Old Oaken Bucket.