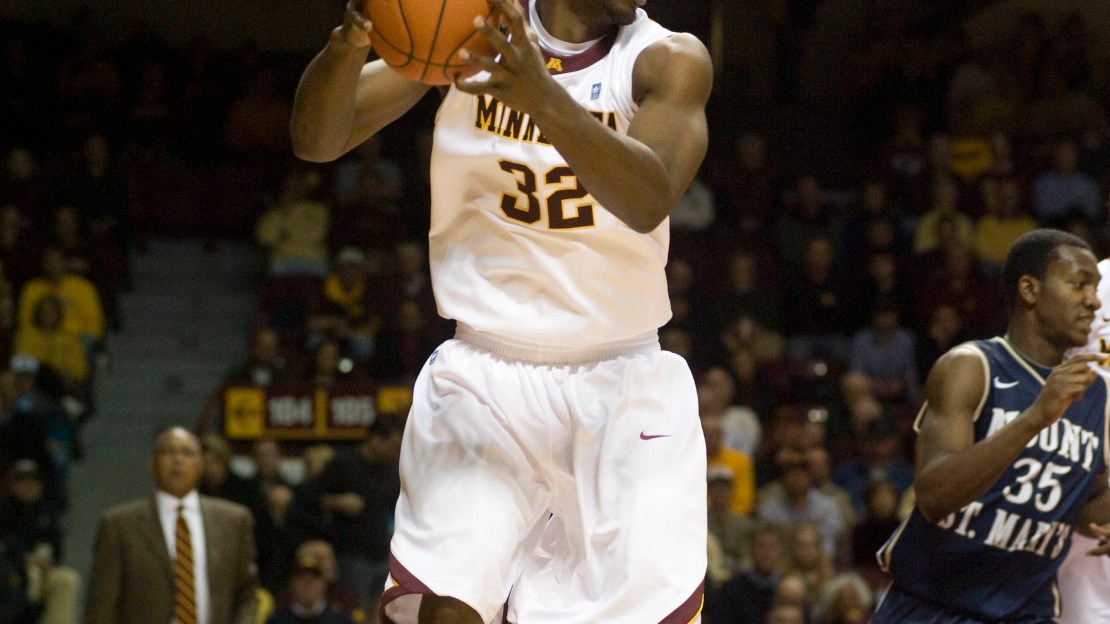 One Big Ten men's basketball team is in action on Thanksgiving Day as Minnesota beat DePaul after trailing at halftime. There are three women's teams playing today and you can track Purdue, Illinois and Michigan on the Big Ten women's scoreboard. On Friday three Big Ten men's teams play games, including Wisconsin and Ohio State on BTN/BTN2Go.

FINAL: Minnesota won an offensive shootout over DePaul 86-85 on Thursday at HP Field House in Kissimmee in the Old Spice Classic. The Golden Gophers shot 52 percent from the field (34-of-66). Brandon Young was a bright spot for the Blue Demons in the loss with 23 points and 9-of-12 shooting from the field.

Trevor Mbakwe's field goal gave Minnesota a four-point lead with 3:15 remaining, but it nearly threw that advantage away. Rodney Williams sparked the Golden Gophers as he contributed 18 points and shot 7-of-9 from the field for Minnesota in the game. Mbakwe shot 6-of-7 from the field and scored 16 points for the Golden Gophers. Along with Williams' performance and Mbakwe's contribution, Julian Welch scored 11 points and Austin Hollins totaled 11 points. DePaul shot 54 percent from the field (33-of-61). Aside from Young's performance, Cleveland Melvin tallied 20 points and Krys Faber scored 10 points.

HALFTIME: Brandon Young has 10 points on 4-of-4 shooting to lead DePaul to a 43-33 lead over Minnesota at the end of the first half. Jeremiah Kelly, the leading scorer this season for the Blue Demons, has not made much of an impact through the first 20 minutes. He enters halftime with five points. The long-distance game has been bottled up and the Golden Gophers might be better served by bringing the ball inside more as Minnesota shot 54 percent (14-of-26) on two-point shots, but 0-of-4 from beyond the arc. The Golden Gophers' Rodney Williams already has nine points.

PREVIEW: Trevor Mbakwe, tabbed by the media as one of the top 50 players in college basketball for the pre-season Wooden Award Watch List, has put up 16 points per game for the Minnesota Golden Gophers (4-0) so far this season, and he leads the Golden Gophers into a matchup with the DePaul Blue Demons (2-0).

The Blue Demons hopes to hand Minnesota its first loss on the season when the teams face off on at 2:30 p.m. ET at HP Field House.  In the Golden Gophers' last game, an 85-56 victory over the Mount St. Mary's Mountaineers (1-3), Mbakwe scored 10 points. Fifty percent shooting from Minnesota beat the Mountaineers' 45 percent rate, helping the Golden Gophers to the victory. Mbakwe ranked No. 1 in the Big Ten in rebounds per game at 10.5 per game last season. He finished the year with 327 boards in 31 games for Minnesota.

Minnesota's hardnose defense holds opponents to 56.5 points per game. Austin Hollins leads the Golden Gophers with 1.8 steals per contest, and has seven for the year.