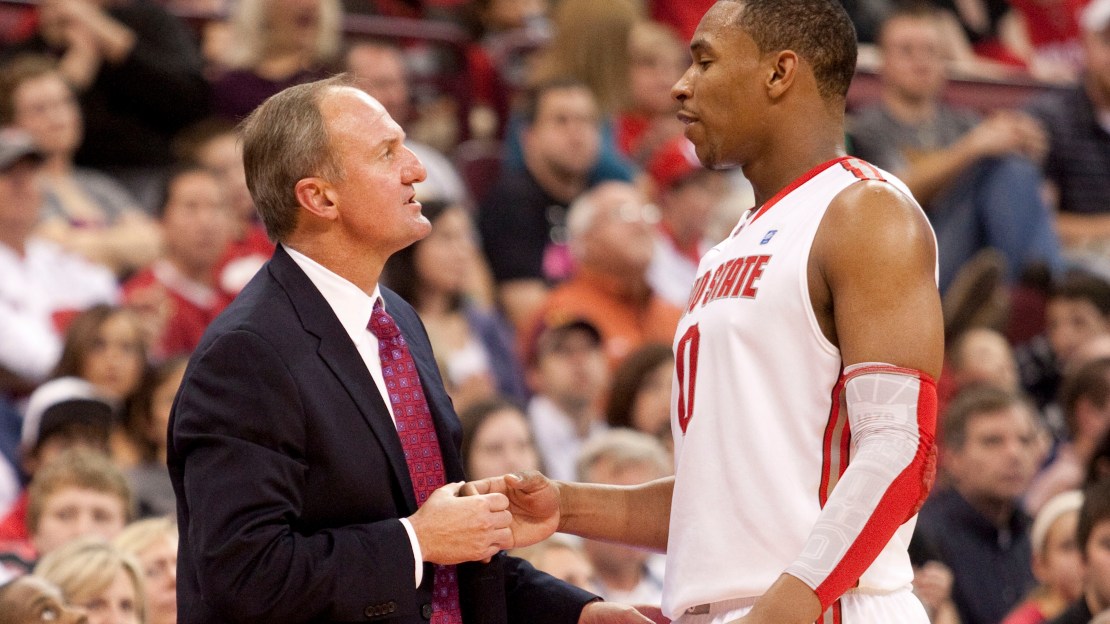 Now, it's time to unveil the projected champs of the Big Ten. Look at us, out here on this limb, picking the Buckeyes.

Ohio State is the 1 percent. Since 2006, the Buckeyes have exceeded the 0.10 point-per-possession threshold four times, winning the conference in each of those seasons. All the while, Thad Matta has transformed Columbus, Ohio into a temporary stop for athletes on their way to the NBA. And none of that changes this season. In fact, the income disparity only increases as freshman phenom Jared Sullinger opted to stay in school for another year. This despite the fact that the 6-9 center attained First Team status last season.

Sure, the Buckeyes have their losses to deal with. Gone are Jon Diebler and Dallas Lauderdale, and even David Lighty, who has been a fixture in the OSU starting lineup since 1983, has moved on. But as great as those players are, they?re replaceable. And I don?t want to take anything away from any of them.  Normally, the formula for replacing a player that converted 300 shot attempts with an effective field goal percentage over 70 is ?you don?t.? The same goes for someone who swats over 10 percent of the opponent?s shots without sacrificing rebounding. Normally, that means steps back on both ends.

But Ohio State is different, because there was a ton of talent glued to the bench last season. DeShaun Thomas was the closest thing to ?depth? for the Buckeyes last season, and when he played, he was often the most dynamic offensive player on the floor. And frankly, his statline screams ?breakout.? He?s like that sleeper in your fantasy draft, the one that?s really not a sleeper because he?s everyone else?s sleeper too.

What?s especially great about Thomas is that he?s a high usage player. The fact that he isn?t choosy with his shots means that his teammates can be. That?s great news for guys like Aaron Craft, whose offensive game is largely opportunistic at this point. Craft didn?t have a lot of pressure on him as a freshman, and that will continue to be the case now that he?s a sophomore. This allows him to play at a very efficient level on the offensive end. On defense however, Craft is the undisputed leader. As a freshman, Craft was behind only Al Nolen (whose season ended halfway through the conference slate) in Stops per 40 minutes among players 6-5 and shorter:

William Buford is the remaining piece of Ohio State?s core. The senior jumpshooter is a well-known commodity at this point. Although he?s highly efficient, one wonders why he shoots so many two-pointers as compared to three-pointers. While there?s no shame in a 47 percent mark on twos, it?s vastly inferior to his 44 percent accuracy behind the arc. Basketball isn?t played in a vacuum, of course, but the frequency at which Buford attempts mid-range shots surely impedes his overall efficiency, as high as it already is.

Thad?s most recent class is par for the course, as he welcomes three top 50 recruits to campus. If recent history is any guide, however, just one or two of those players will see much action this season. Thad?s bench is notoriously short, so expect to see plenty of six-player box scores again this season. Overall, the Buckeyes are getting stronger while the rest of the conference is getting weaker. Don?t be surprised if the rest of the Big Ten stages some sort of ?Occupy Value City Arena? demonstration.