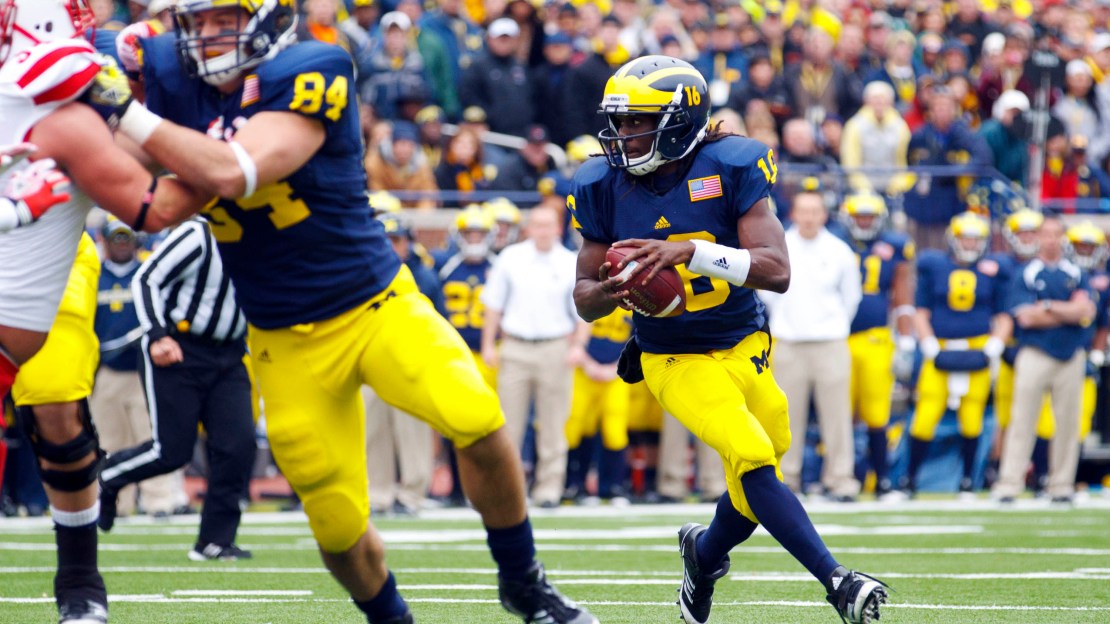 At a special 10:30 p.m. slot tonight, thanks to a men's hoops doubleheader on BTN, Big Ten Breakdown takes a look at how Wisconsin?s defense made the appropriate second-half adjustments to lead to the comeback victory at Memorial Stadium. Also, Howard Griffith and Chris Martin will break down Denard Robinson's four-touchdown performance in Michigan's big win over Nebraska

Each week Griffith and Martin select their stars from the past weekend of football. Martin's choice is named "On the Corner" while Griffith's chooses one "Howard's Hero." Now it's time for you to nominate your own Big Ten player of the week, and be sure to back up your nomination with Big Ten stats. Griffith and Martin will review the nominees and then reveal their own choices on the show. If you state your case eloquently enough, it might make the TV show. You can also tweet your choices to Griffith (@HowardGriffith on Twitter) and Martin (@BTN_cmart16 on Twitter), too.