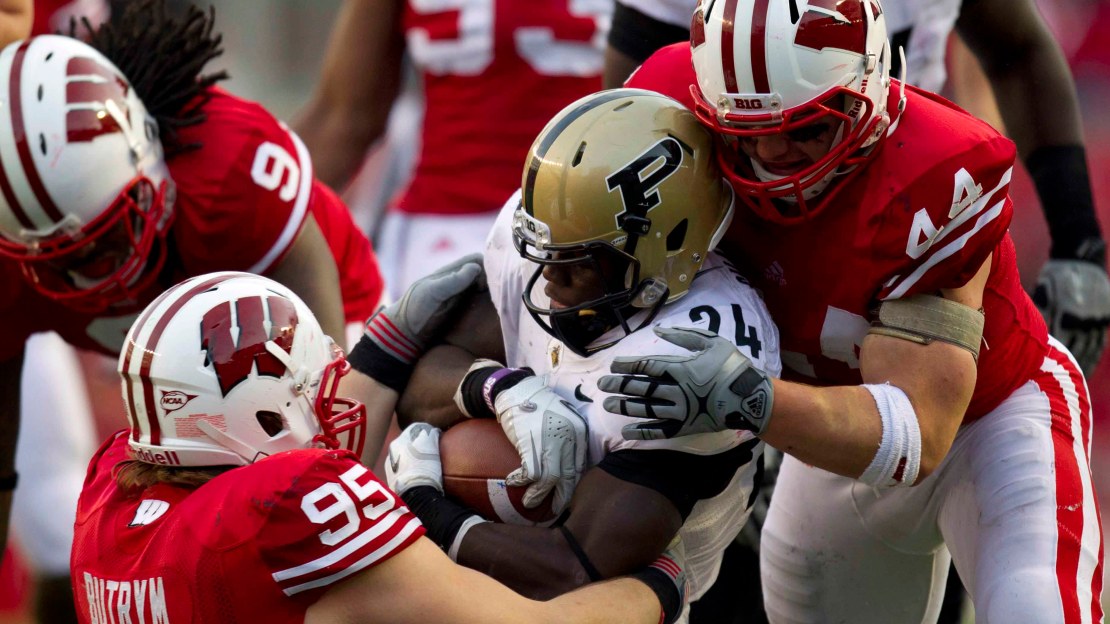 The Big Ten Conference released its weekly Football Players of the Week on Monday for Nov 19 games. See the winners in this post.

? Rushed for two scores and added another on the receiving end to bring his season total to a Big Ten record 30 touchdowns, becoming just the fifth player in FBS history to score 30 or more touchdowns in a season

? Recorded career highs in rushes (38) and yards (224) in Wisconsin?s come-from-behind win over Illinois on Saturday

? Produced most of his yards in the second half, rushing for 164 yards on 26 carries after halftime, surpassing the 100-yard mark for the seventh time this season

? Claims his third weekly honor of the season and of his career

? Accounted for four touchdowns and more than 260 yards of total offense in Michigan?s win over nationally ranked Nebraska on Saturday

? Threw for 180 yards and two touchdowns, moving him into a seventh-place tie in school history with former quarterback Tom Brady with 35 career touchdowns passes

? Also rushed for 83 yards and two scores, giving him 33 career rushing touchdowns to move into sixth place in program history

? Claims his third weekly award of the season and his sixth career weekly honor, the third-highest total in Big Ten history

? His second forced fumble gave Wisconsin a short field, allowing the Badgers to score on their ensuing possession to cut the Illinois lead to 17-14

? Was part of a Badger defense that held Illinois scoreless in the second half and forced four turnovers in the game

? Claims his second weekly honor of the season and the third of his career

? Converted on all four kicking attempts, including two field goals, and had three punts downed inside the 20-yard line in Penn State?s 20-14 win

? Broke his career-long field goal twice in the game, first converting a 43-yarder in the first quarter, then a 46-yarder on the final play of the first half

? Claims his third Big Ten weekly honor of the season and for his career

? Recorded a team-high 15 tackles in his first career start for Ohio State

? Helped deny Penn State on four goal-line attempts from inside the two-yard line, keeping Ohio State within one score late in the third quarter

? Claims his first Freshman of the Week honor